These Are The 15 Worst Bottlenecks In The Country

Avoid these if you can!

Traffic drives everyone crazy. If you’ve ever wondered if your city is the worst when it comes to backups, you’re not alone. In fact, drivers spend an average of 42 hours a year stuck in slow-moving traffic. Now, a new transportation study identifies the 100 worst locations for bottlenecks across the US.

Every year since 2002, the American Transportation Research Institute (ATRI) has gathered information from drivers who spend the majority of their time road: truckers. More than 600,000 truck drivers provide GPS data for researchers to study and analyze. “The truck bottlenecks are, quite frankly, car bottlenecks, because if the trucks are going that slowly, it’s very likely the cars are having to go that slowly as well,” ATRI president Rebecca Brewster told The Washington Post. “This is not just a trucking industry problem.”

How Do You Measure Traffic?

The 2017 study evaluated 250 locations around the country and looked at the following issues:

So, which areas are the worst of the worst when it comes to traffic? Here’s a countdown of the 15 worst bottleneck areas in the U.S. You’ll notice that some cities have multiple listings. And if you live in one of those locations, you have our sympathies!

Getting around the Windy City can be a hassle thanks to this section of highway. The location’s average speed is only 32 mph, with speeds during peak traffic times topping out at a mere 18 mph!

Commuters dealing with this area of highway in Atlanta know to leave plenty of time to get to their destination. It has an average speed of 45 mph, but only dips down to 41 mph during peak traffic time.

Houston’s traffic problems landed them on the list a total of five times! This area has an average speed of 42 mph and, even during non-peak traffic times, only reaches 48 mph.

Meanwhile, over in Dallas, this highway interchange causes drivers loads of headaches. During peak traffic times, cars only reach 27 mph along this stretch of road. Not exactly what most would consider zooming along.

We’re back in Houston again. On this side of town, commuters don’t quite hit highway speed no matter what time of day it is. The average speed throughout the day is just 42 mph.

Seattle breaks into the top ten with its bottleneck-prone highway juncture. One look at this area, with its multiple entrances and exits, and it’s easy to see why traffic gets snarled. During the busiest travel times, cars reach a peak of 27 mph.

This road is one of the most popular on the east coast. The volume of traffic is constant and bottlenecks seem inevitable. As for stats, drivers can expect to travel an average speed of 33 mph during peak times and 49 mph during less crowded times.

Houston, you have a problem: with traffic! Yet another entry in our countdown thanks to a normal average speed of 36 mph during the best times of day. In other words, be prepared to slow down no matter when you drive through town.

Another west coast city, another traffic bottleneck. Even though the average speed for this area is 45 mph, the amount of traffic on these state routes is enough to cause consistent problems for truckers and car drivers. 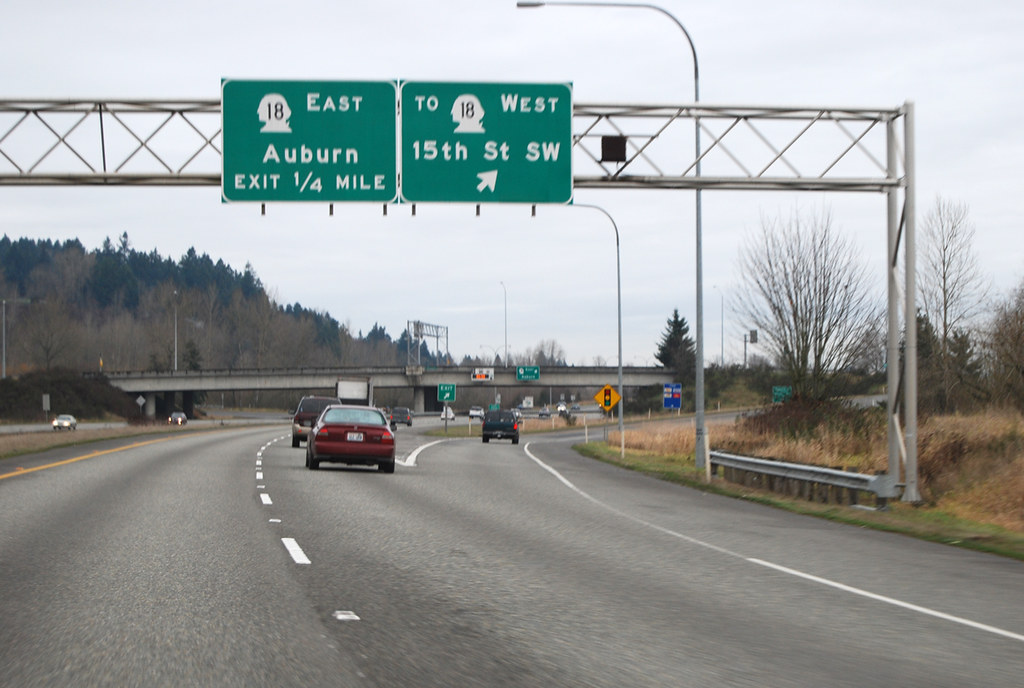 The L.A. area is known for its traffic tieups and here’s the major culprit. With traffic crawling along at just an average speed of 35 mph during peak times, commuters do not look forward to hitting the highway here.

I can speak from experience with this one. Anyone who lives or drives through southwest Ohio on a regular basis despises this section of highway! It doesn’t matter what time of day you pass through; there’s always a mess with the traffic! The average speed in this area is 46 mph according to the data. However, anyone stuck in a long line of traffic knows it doesn’t feel like it!

Travel just a bit to the south of Cincinnati and you’ll run into more problems on I-71. In this part of Louisville, drivers hit an average speed of 39 mph throughout the day. But that drops to 32 mph during rush hour travel times.

If there’s a bit of good news on this list, this Chicago highway might be it. This area used to be number one on the list, but the interchange is undergoing a major redesign. Construction in the area continues to slow things down to an average speed of 22 mph during peak times. However, progress is being made.

Interstate 95 is the primary highway running up and down the east coast. As one of the major highways in the U.S. and proximity to one of the highest population areas, it’s not surprising to see this area near the top of the list. The peak average speed runs at just 26 mph during rush hour traffic. Slow going to be sure.

This YouTube video shows why this highway got its famous nickname. Look at all those twists and turns!