Yes, the mysterious and ever-chocolate-y brownie gods have granted us a gift that we probably aren’t worthy of: brownies that only require a handful of ingredients.

These gooey, delectable treats are the perfect way to wrap up your hectic week, when you don’t really feel like cooking but you need a pick-me-up to prepare you for a relaxing weekend. Of these three simple brownie recipes, two require only two ingredients, while the third requires your more typical four or five.

Either way, you’ll be melting into the couch with one of these easy desserts just in time to start bingeing your favorite Netflix series.

Rosie Harwood at Food52 wrote that these are the only brownies that will make her get philosophical about brownies. What makes a perfect brownie perfect?

According to Harwood, it’s a brownie that is almost fudge-like, but not quite. It’s a little cake-y and rich—but not too rich. She got the recipe from the back of a Baker’s Chocolate box, but it definitely isn’t just your average back-of-the-box recipe.

The buttermilk frosting is apparently something you’ll just want to lie down in. (I don’t recommend that. It sounds sticky.) Check it out here. 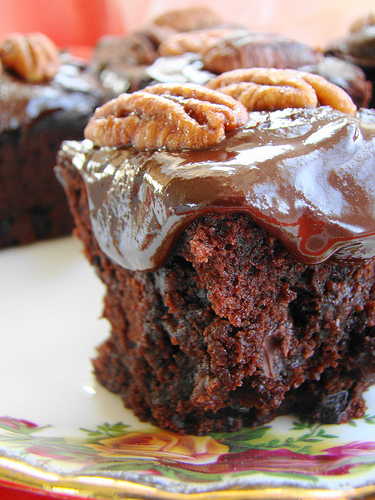 Two ingredients. And one of those ingredients is Nutella. Can’t compute. How? What?

Emma Christensen at The Kitchn doesn’t understand how it works either. It just does. She said it’s like magic. You only need Nutella and eggs, but there’s a special technique to getting the eggs just right. Get the recipe and the fancy egg-whipping technique at The Kitchn. 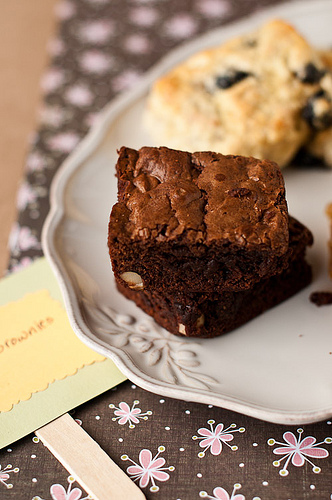 You can have delicious, fudge-y brownies in about five minutes with this amazing recipe from the Slow Roasted Italian. That brownie philosophy that Harwood was talking about above—rich but not too rich and cake-y—these brownies have it.

Blogger Donna Elick wrote that they’re “sweet enough to be a treat” but not so decadent that you feel the sugar coating your teeth.

Pro tip from Elick: cut these brownies with a plastic knife so that you won’t tear up the edges. The brownies are so soft that the plastic knife will “cut through the like butter.” *Mouth drops open* 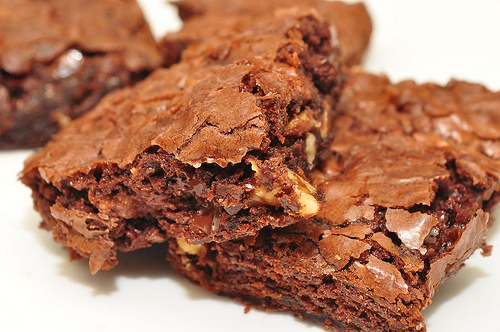