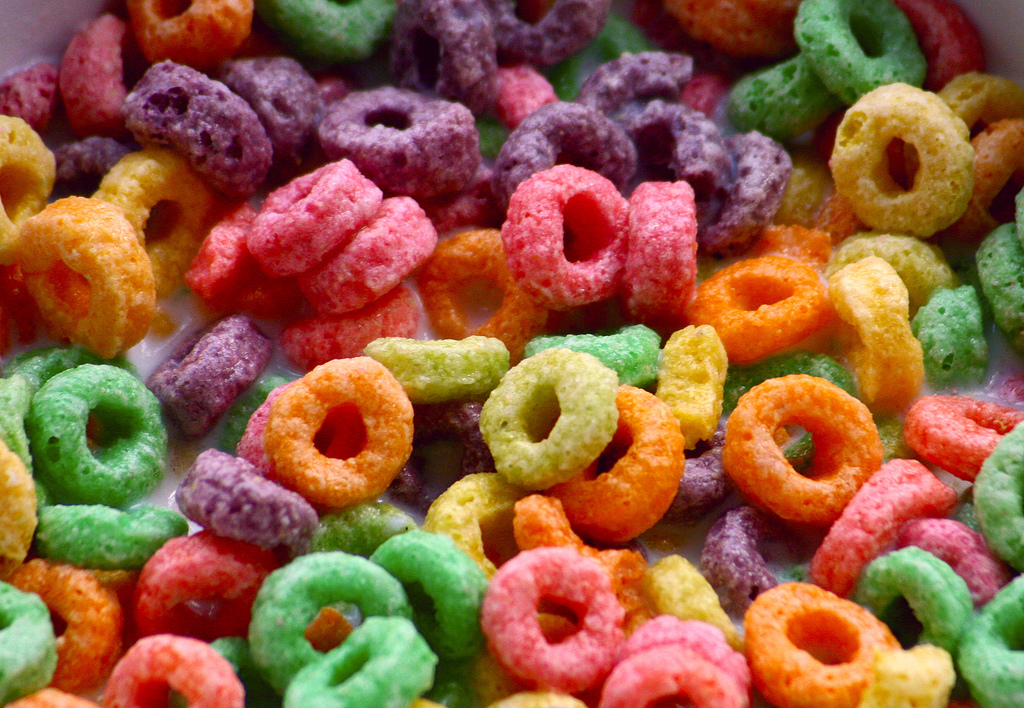 Here in the United States, we aren’t exactly known for having the healthiest foods, but what you may not realize is that some of the “food” we consume is considered so harmful to human health that it’s banned in other countries.

That’s right: Certain foods we eat have been made illegal in other places. That’s pretty scary.

If you want to take matters into your own hands and avoid some potentially toxic stuff, steer clear of foods that contain these six ingredients that have been banned in other countries.

Coloring agents Blue 1, Blue 2, Yellow 5, Yellow 6 and Red 40 are banned in many countries in Europe, but here they’re found in everything from candy to cereal and other packaged foods. Research shows that artificial food dyes can up your risk of cancer and may also contribute to ADHD in children.

Currently banned in the U.K. and Canada, Olestra, also known as Olean, is used as a fat substitute for foods like fat-free potato chips, but it can rob your body of nutrients and cause some stomach issues as well. We should have known those Wow! chips were too good to be true.

This toxic chemical found in sports drinks and citrus sodas can cause hypothyroidism, cancer and autoimmune diseases, so for obvious reasons, it’s banned in over 100 countries. Yet somehow it’s still allowed here in the U.S.

Found in many breads, pastas, and packaged baked goods, azodicarbonamide – which is also used in foam plastics like yoga mats – has been banned in Australia, Europe and some countries in Asia. Why? It can cause asthma and other respiratory issues. You may recall the controversy over this chemical when in 2014 blogger Food Babe called out Subway for using it and petitioned the chain to remove it (they did). But, you guessed it, it’s still legal.

Cows treated with the growth hormones rBGH and rBST are more prone to infection, and therefore are also frequently treated with antibiotics, leading to an increase in antibiotic-resistant bacteria, also known as “superbugs.” Consumption of these synthetic hormones in milk may increase one’s risk of breast, colon and prostate cancers. These hormones are banned in places such as Australia, Canada, Japan and Europe.

Potassium bromate is used in bread, buns and baked goods to cut down on baking time and save costs. But at what cost to your body? Kidney and nervous system disorders, cancer and gastrointestinal issues. Yikes.