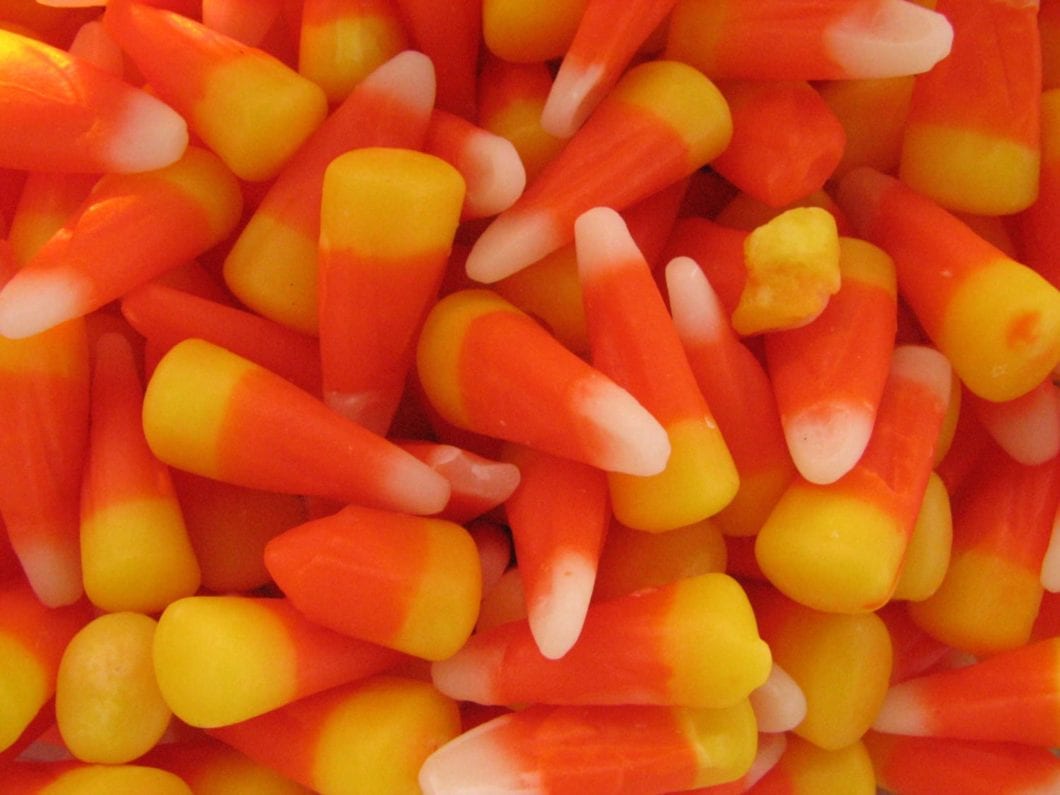 Yes, there’s actually corn in it. Corn syrup, if that counts.

Each kernel has three colors, about 7 calories and a lot of sugar. Many people, including comedian Lewis Black, can’t stand it.

And yet every October, it fills candy bowls, trick-or-treat bags and the mouths of sweet-toothed snackers everywhere. For millions, it wouldn’t be Halloween without candy corn.

Each year, manufacturers produce more than 35 million pounds of the humble tricolored candy — almost 9 billion pieces. And now, one brewery has introduced— in a chilling Halloween twist — candy corn beer.

Here are some things you may not know about the polarizing confection:

When candy corn first came out, roughly half of Americans worked on farms, and the treat was designed to look like chicken feed.

But when you stack it up, the candy looks exactly like an ear of corn.

2. People Love It Or Hate It

The treat took home second place as Michigan’s most popular Halloween candy, and residents were not happy.

“It may be a new year, but some things just never change,” wrote Brian Manzullo in the Detroit Free Press. “Unfortunately, that includes Michigan’s taste in candy corn.”

You can count Black among the haters too. In one of his stand-up bits, the comic jokes that manufacturers just collect and resell the same candy kernels year after year, because nobody actually eats the stuff.

But the treat scored first or second for preferred Halloween munch in most states, proving there’s candy corn lovers out there — somewhere.

3. It Used To Be Made By Hand In Large Kettles

Candy corn seems like a relatively modern invention, but it dates to the 1880s, before the automobile and the commercial telephone. The Goelitz Candy Co. began making it in 1900 before the family-run operation changed its name to the Jelly Belly Candy Co., which still produces candy corn today.

In the early days of the 20th century, workers cooked sugar, corn syrup, marshmallow and other ingredients into a slurry in large kettles and then poured the warm mixture by hand into cornstarch trays imprinted with the kernel shape.

Today, of course, machines do almost all the work.

OK, not really. But many people believe that candy corn, like Oreos, should be nibbled in a certain manner.

While almost half of candy corn consumers gobble the whole piece at once, 43 percent start with the narrow white end, according to a survey by the National Confectioners Association.

Of course it can. Amy Erickson has posted a recipe on her food blog, Oh Bite It!, that involves rolling three or four candy corn kernels in a ball of dough and then frying them in hot oil.

“What do we do to things we don’t need/want/like?” she wrote. “We fry it … that’s what! Frying makes everything better …”

The sugary, waxy taste of candy corn has also inspired smoothies, cocktails and even Jell-O shots.

That’s right. If you don’t like eating candy corn, now you can just opt to drink the Halloween sensation.

Wisconsin’s Westallion Brewing Company rolled out their Candy Corn Cream Ale, which was “brewed to smell and taste like candy corn with notes of vanilla and cream.”

“Not overly sweet and very well balanced,” the company posted on Instagram. “This beer will take you back to your childhood and also remind you… hey I’m really drinking a beer.”

7. It’s Not Just For Halloween

It’s not just for Halloween any more. Manufacturers now produce “Indian corn” (with a brown end instead of yellow) for Thanksgiving, “Reindeer corn” (red and green) for Christmas, “Cupid corn” (red and pink) for Valentine’s Day, “Bunny corn” (white and various bright colors) for Easter and “Freedom corn” (red, white and blue) for July 4.

Can green “St. Paddy’s corn” be far behind?

Written by Brandon Griggs and Christina Maxouris for CNN.