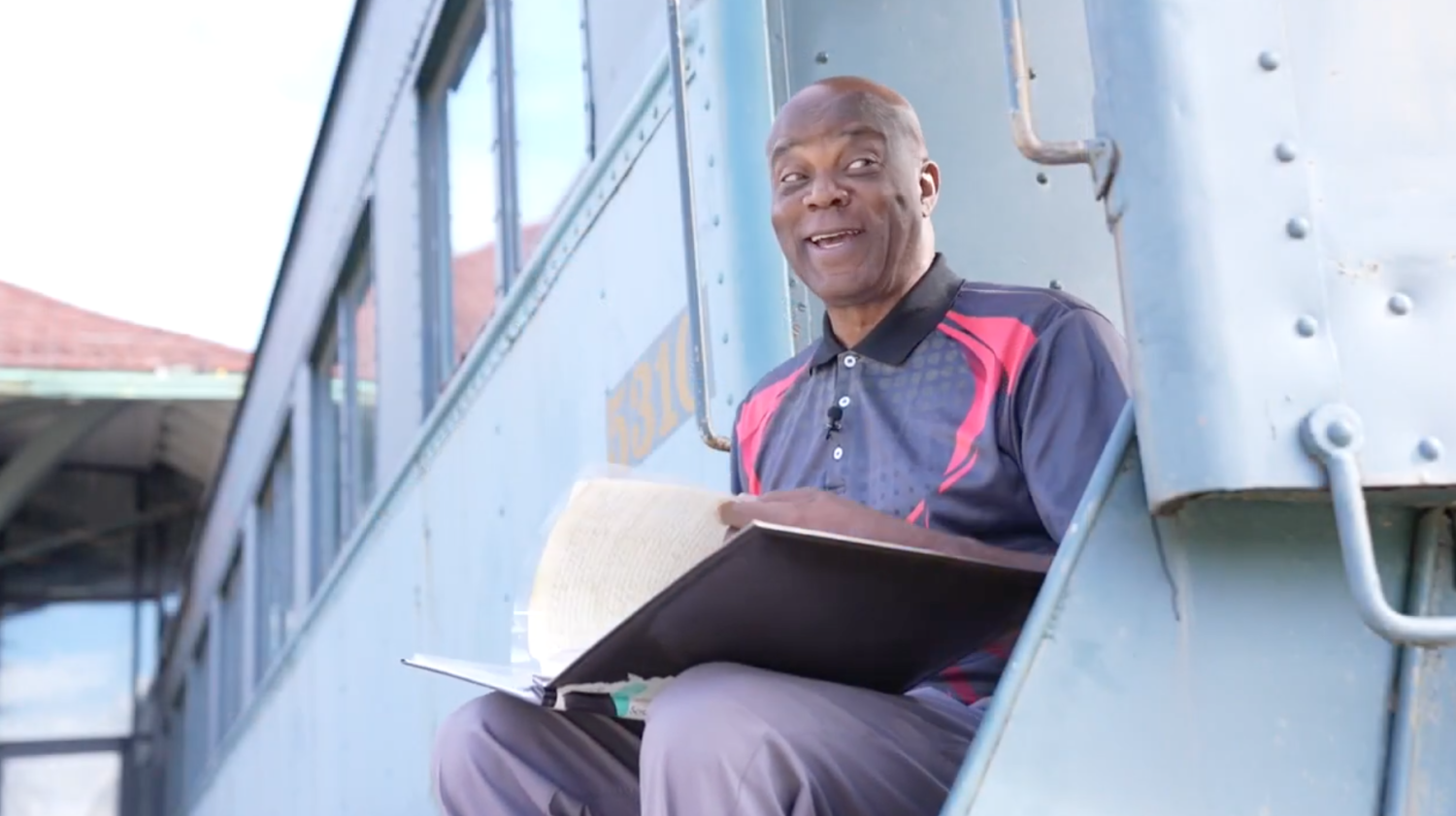 “Dearest Darling, I received your sweet letter today and was more than thrilled to hear from you,” he read from it, sitting on the steps of what was once the downtown train station in Lansing, Michigan. “I’m doing fine and hope you all are likewise.”

The letter is wrapped to shield it from any unwanted exposure. Turner pointed to the upper right-hand corner.

The letter is written by Turner’s father, William Turner, in cursive, which isn’t taught in schools anymore.

“I want you now. I didn’t want to leave you. Those two nights and days with you taught me more than the whole three years I spent courting you. Had I known married life would be that sweet, you would have been my wife before even that,” he wrote.

Turner smiles reading these loving sentiments. He claims his dad was not the romantic type, but the letter shows a softer side his children didn’t always see.

“He wasn’t mushy,” he says with a chuckle.

“Its name is The Georgian. Catch it. It leaves about 10 minutes after The Hummingbird gets there. It will bring you to Chicago, and then you catch the Grand Trunk Western, get a Red Cap to carry your bags, and tell them which train you want to catch. That train will bring you to Lansing.”

It’s in this letter that William Turner gave his wife, Vellmerie Turner, the step-by-step instructions she needed to leave her small hometown in Alabama for the first time.

She was leaving to head North and meet William in Lansing.

“I just couldn’t believe it,” said Turner. “I never knew that letter existed. My mom never said anything about it, and I really wish I had a chance to sit down with them to discuss that whole migration.”

Turner is referring to the Great Migration. Turner’s family letter is remarkable for many reasons, but it’s historic because it represents a trip many Black families took in the mid-1900s.

“That was something that happened all over the United States in the big cities, Chicago, Detroit, Philadelphia, New York, as part of the Great Migration, which occurred from about 1913 till about 1970, and that was the influx of Southern African Americans coming to the North for good jobs and actually to escape Jim Crow,” said Bill Castanier, president of the Historical Society of Greater Lansing.

“We got so many families here,” said Turner. “The Culpeppers, Byers, Looneys, Wills, and Davis. I mean, all those families moved up here.”

The carefully penned instructions on the love letter are a testament to the journey and fight of thousands.

As Kenny Turner walked on the same Michigan Avenue train tracks Vellmerie Turner arrived on 70 years ago, he murmured, “I can feel your presence.”

The Turner family letter will be blown up and used as part of a display about the Great Migration at the Knapp’s Centre in downtown Lansing starting Sept. 24.