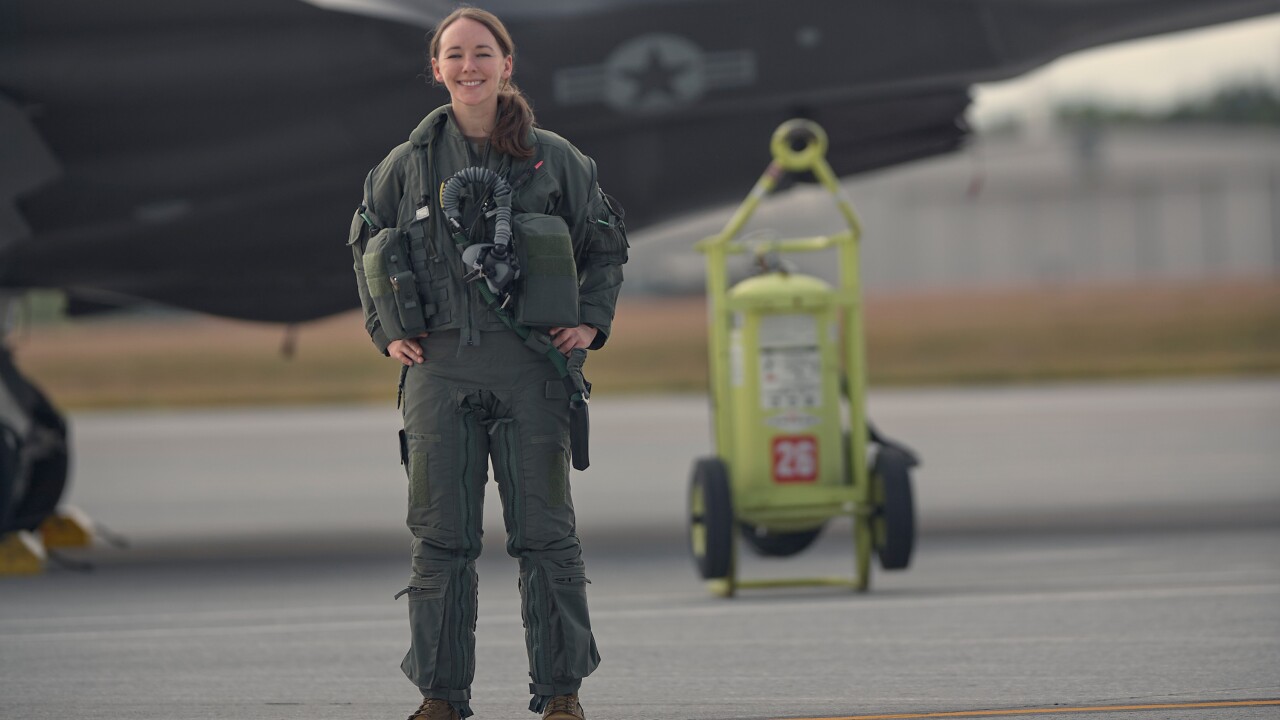 A woman from Kentucky made history earlier this month when she became the first woman to pilot an F-35 fighter jet for the Air National Guard.

1st Lt. Kelsey Flannery is a 30-year-old former boxing instructor from Kentucky. According to the Air National Guard, Flannery has been training for three years to pilot the F-35A Lightning II.

And on Sept. 7, Flannery marked her first flight as a Vermont Air National Guard member.

“I really wanted to be on the leading edge,” said Flannery. “It’s exciting to get up there, go fast, and be able to employ weapons, so that was one of the more appealing parts of it.”

As the daughter of an Air Force pilot, Flannery said she always knew she wanted to fly for the military.

She later said she learned about opportunities with the Air National Guard and said being selected by Vermont to fly the F-35 was the “icing on the cake.”

She said the topic of becoming the first woman to pilot an F-35 fighter jet never came up throughout her three years of training.

“There’s definitely been a trail blazed already, and I’m really grateful to the women who have done that, but nobody has brought it up, and I feel very much like an equal here,” she said. “People just treat me like a wingman, and it’s great as it allows me to focus more on flying.”

Flannery will spend the next two years tackling full-time, on-the-job training to keep developing her skills as a fighter pilot.