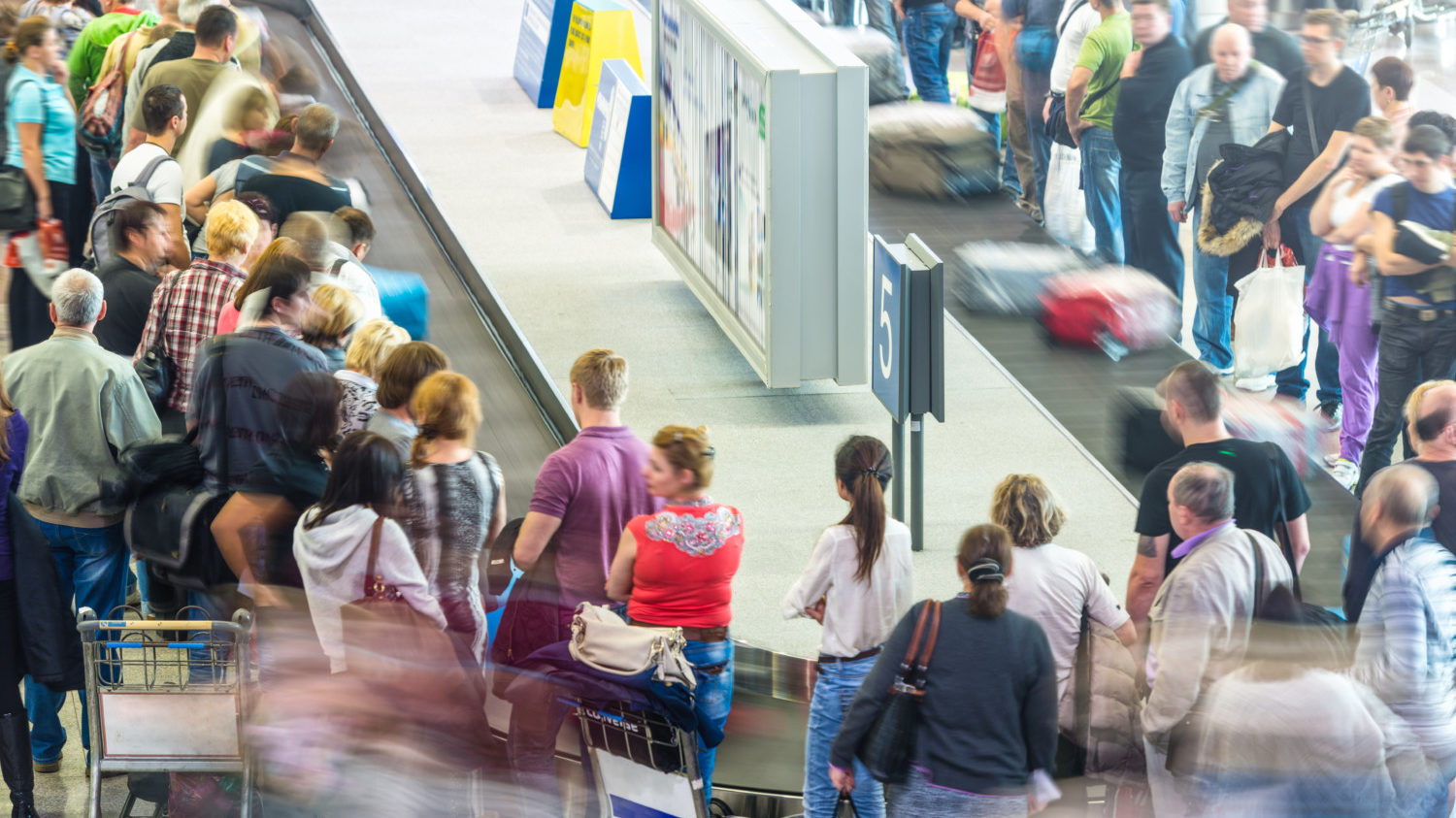 When you’re ready to get your vacation officially started, it’s a bummer to wait for your suitcase to come rolling by on the conveyor belt at baggage claim. If you’re a frequent bag checker, you’ve probably wondered: How can you get your luggage to come out first?

The best hack is to enroll in an airport loyalty program. When you’ve accrued status with big airlines like American Airlines, United, Delta and others, you’ll get a “priority” tag on your bag at check-in and those pieces of luggage are the ones that come parading out at baggage claim first.

But if you’re not a frequent air traveler, another option is to try and check your bag as late as you can before boarding your flight. In a Quora forum, user Thomas Lo Sciuto, who says he’s a ramp worker and gate agent at a regional airport in the United States, explains that bags will be loaded from front to back on the bag carts.

“So if you check in last, your bags will be in that bag cart, which will make them the last on the aircraft and the first off the aircraft at your destination,” Lo Sciuto wrote.

This strategy can be a little risky, though, especially this summer with the pent-up wanderlust leading to record-high traffic at airports. While most airlines will allow you to check your bag up to 45 minutes before your flight’s departure, that may not give you enough time to get through security and make it to your gate before the doors close.

As an example, Denver International Airport, which was recently recognized as the third busiest airport in the U.S., started recommending that travelers arrive at the airport at least two hours in advance of their boarding time. Past guidance was two hours before departure time, and it’s common for boarding times to be about 30 to 40 minutes before departure times for domestic flights.

Heed the “arrive early warning” because you don’t want your bag to show up before you do!