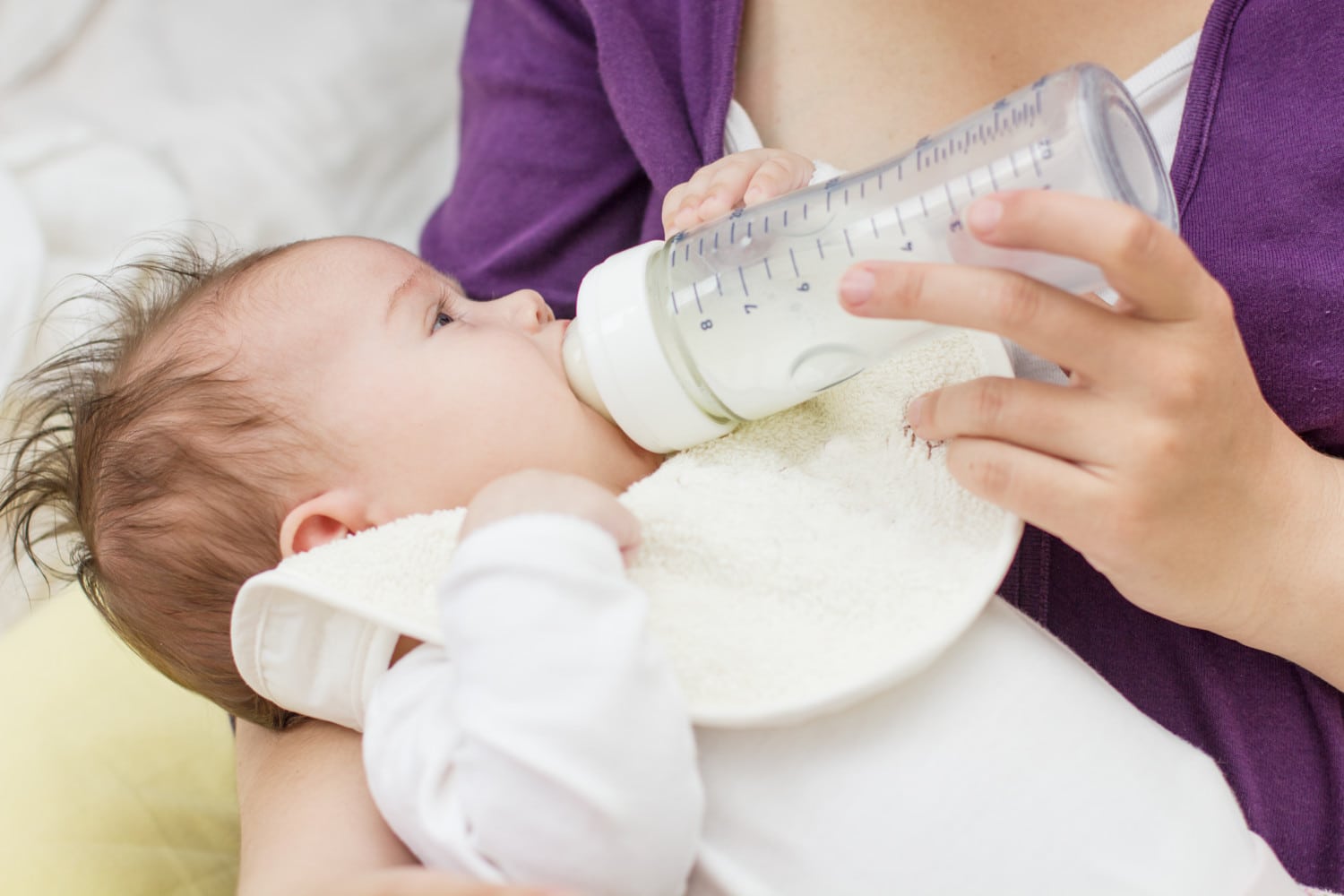 The first few years in a child’s life are crucial for their growth and development. It’s during this period that exposure to certain foods, chemicals and environmental factors can shape their physical and mental health for years to come.

That’s why the American Academy of Pediatrics has issued a new warning against putting baby bottles and bowls in the microwave and dishwasher. In a new policy statement published this month in the journal Pediatrics, the AAP is urging parents to avoid using plastic dishware for baby food and beverages, including formula and pumped breast milk, in order to prevent the transfer of harmful chemicals during the reheating or dishwashing process.

According to the AAP policy statement and accompanying technical report, many baby bottles and bowls sold on the market contain phthalates and bisphenols, such as BPA — industrial chemicals commonly used in plastic production, as well as vinyl tubing and metal canning. But research shows that exposure to these compounds may pose health risks to children, especially in the early developmental stages, and have lifelong health consequences. (Though some scientists do dispute that BPA is as harmful as previously suggested.)

“The current regulatory process does not adequately protect children’s health from these chemicals,” said Dr. Sheela Sathyanarayana, a pediatrician and environmental scientist at the University of Washington (UW) School of Public Health and co-author of the AAP report. “Bisphenol A and phthalates are known endocrine-disrupting chemicals, and we’ve learned that early life exposures can affect later-life health outcomes.”

Studies show that endocrine-disrupting chemicals — also known as EDCs — can increase the risk of childhood obesity, as well as asthma, diabetes, heart disease and learning disabilities. Scientists have also linked EDCs to infertility and the onset of early puberty.

And these adverse effects also have financial implications. Research has found that exposure to chemicals that disrupt the endocrine system can run the U.S. an estimated $340 billion in annual health care costs.

Bisphenols and phthalates can leak into food and beverages when plastic is heated, becoming “indirect” additives that are dangerous to a child’s health, according to the AAP policy statement. Parents can avoid this by not microwaving or dishwashing plastic products, and also by switching to alternatives, such as glass or stainless steel.

But these aren’t the only chemicals subject to the AAP’s warning. In its new statement, the pediatric health association has also called for strong reform around other compounds found in plastic, glues, dyes, paper, cardboard and different types of coatings that have been shown to hinder a child’s growth and development.

Those chemicals include perfluoroalkyl chemicals, perchlorate, food dyes and nitrates, which are among the more than 10,000 additives allowed by the federal government to be used in artificial colorings, preservatives and packaging materials. Around 1,000 additives have been deemed generally safe to consume, despite the lack of research, and don’t require approval by the U.S. Food and Drug Administration.

In addition to avoiding plastic products, the AAP recommends parents buy and serve more fresh or frozen fruits and vegetables, clean all produce that cannot be peeled, and wash hands thoroughly before and after touching food. Taking these measures should cut down on exposure to harmful chemicals that can have adverse health effects, according to the pediatric health association.

The AAP also urges the federal government to reform its “Generally Recognized as Safe” designation process, including implementing new toxicity testing requirements and retesting chemicals that were approved previously.

“Retesting is most important for the chemicals with increasing evidence of risks, but also those with safety data based on outdated testing methods or animal studies,” Lowry said.