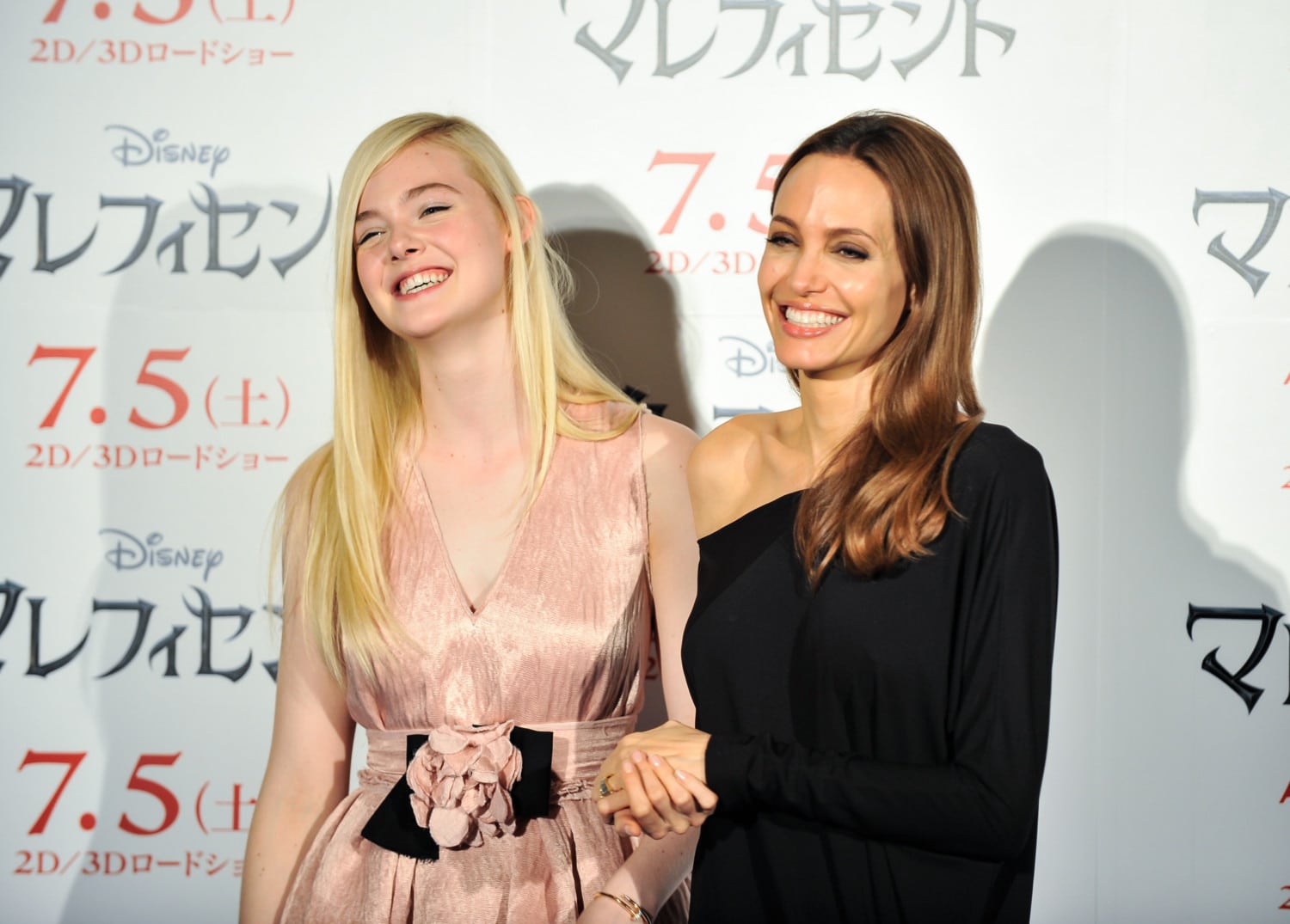 Angelina Jolie and Elle Fanning are back at it! The two have been gearing up to create a sequel to “Maleficent,” and based on some recent Instagram photos, they’re already on the set of the live-action fairytale film.

Fanning posted photos of herself with Jolie, and they couldn’t be more adorable — despite Jolie’s ominous horns.

One photo shows the “ultimate photobomb” with Jolie totally butting in to Fanning’s selfie:

The other photo shows the two actresses smiling and laughing together:

According to Fanning’s cheeky caption, it was “bring your mom to work day” on set.

“Maleficent” is essentially the story of “Sleeping Beauty,” with Jolie cast as the evil fairy and Fanning as Aurora, the innocent recipient of the terrible curse.

So, Fanning and Jolie’s characters don’t get along as well in the movie as these Instagram posts might suggest. The sequel will further explore the relationship between these two characters, however, so you’ll have to watch to see how things ultimately shake out for Maleficent and Aurora.

At the moment, “Maleficent 2” doesn’t have a release date, but at least we can look forward to more on-set photos.

While Fanning and Jolie may have a lot of fun goofing around together, they have nothing but respect for each other. In an interview with Teen Vogue, Fanning described the experience of working with Jolie as a “wow” moment:

Disney also confirmed that the filming process was underway, and they tweeted a photo proving that Fanning was going to be working with another iconic actress: Michelle Pfeiffer.

Here’s hoping there are plenty more sneak peeks of what’s going on on the “Maleficent 2” set because seriously — we’re way too excited for this sequel’s release! Who’s with us?