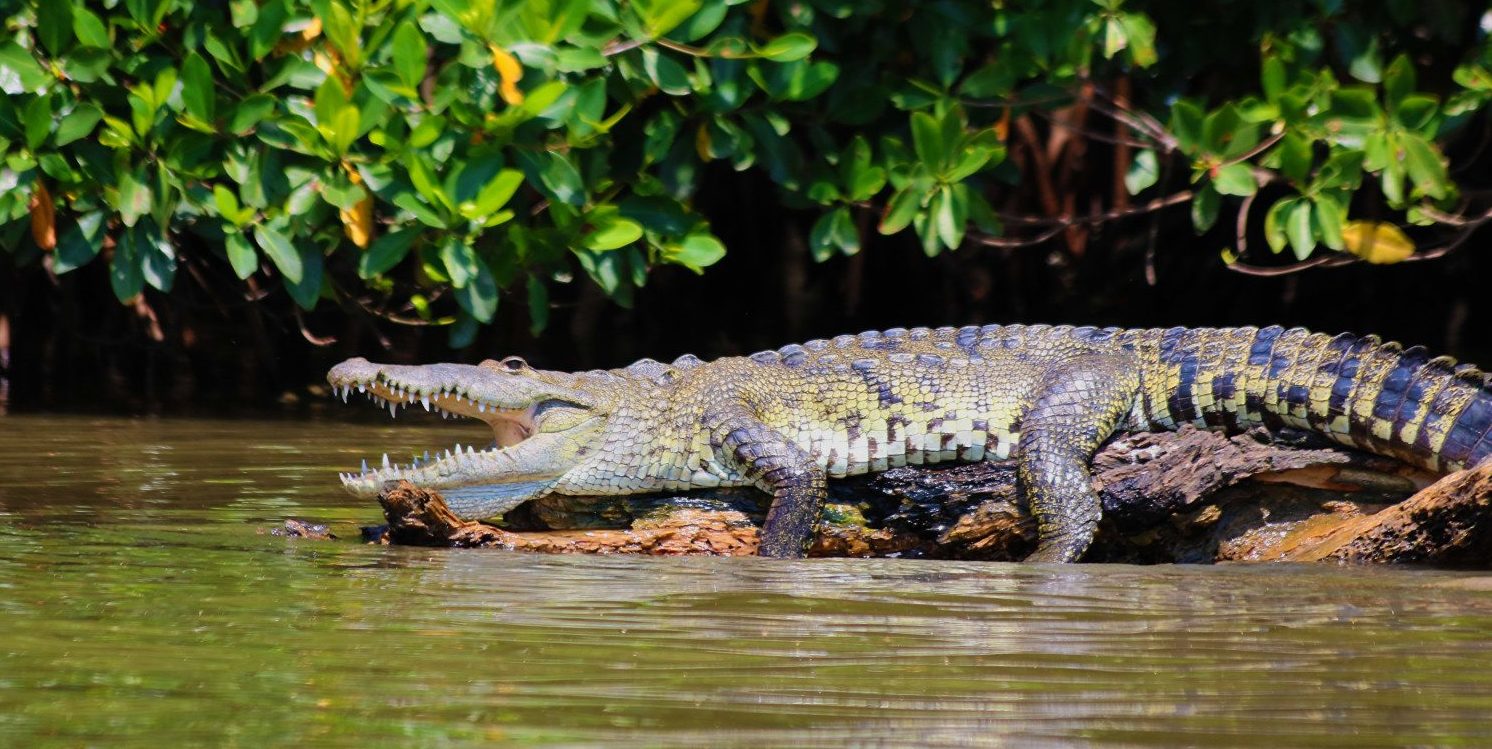 Ever wonder how certain animals are able to survive freezing cold temperatures without dying? After all, they can’t just put on a warmer sweater or crank up the thermostat!

It’s fascinating how creatures evolve and adapt to Mother Nature’s harshest circumstances. Here are six magnificent beings who stay alive in frigid weather conditions by freezing their bodies in one way or another — and then coming back to life.

The wood frog embraces cold weather and ensures survival by freezing up to 70 percent of its body, including the brain and lens of the eye, according to Earth Touch News Network. Its heart completely stops, as do its muscles and breathing movements. When spring rolls around, the frog’s hard body simply thaws out and reverts back to normal. This cycle is repeated over and over again each winter.

If you live in the U.S., you’ve likely seen wooly bear caterpillars around and perhaps learned to leave them be, because their “wooly” hairs can be painful to touch. But did you know that one special species of these cute little caterpillars actually spend most of their lives in a frozen state?

The Arctic woolly bear can survive the polar extremes of the Arctic Circle, Canada and Greenland for its ability to alternate between freezing, thawing and feeding. As EarthArchives.org explains, the Arctic wooly bear has sugars in its blood that work like antifreeze and protect the cells in sub-zero temperatures.

According to the site Cool Antarctica, this caterpillar will freeze and thaw approximately seven times in its lifetime before it pupates and eventually becomes a moth during the summertime. Once in moth form (when it is then called the Arctic wooly bear moth) it’ll only be alive for a couple of weeks to breed before dying shortly thereafter.

It’s a rough life this critter has!

Air-breathing alligators don’t do anything as fancy as freezing their blood cells during the winter. So you might be wondering how they get access to oxygen when the water bodies in which they live freeze over.

Well, they’re able to survive being stuck in frozen ponds with one simple, genius trick: When ice closes in on their bodies, the alligators stick their snout through the surface. Although they remain immobile in the ice, Newsweek explained that they can still breathe normally through their nose until the temperature warms up.

“(It’s) just an absolute amazing survival technique,” general manager George Howard of Shallotte River Swamp Park in North Carolina told WECT after some alligators froze there this year. “These guys were built tough millions of years ago and they remain tough today.”

Found in freshwater habitats in the U.S. and Canada, the hatchlings of painted turtles have an incredible adaptation that allows them to survive harsh winters. Hatchlings are known to be resilient to icy conditions by avoiding freezing altogether. The key to their survival? A reduced metabolic rate that reduces their energetic needs to a minimum.

As Nature.com, explains, the hatchlings adapt to the chilly temperatures by “supercooling,” meaning they can reach a freezing temperature without crystallization. These turtles can remain in a supercool state in temperatures as low as 28 degrees Fahrenheit for around three days. They have a unique ability to rapidly warm and thaw out.

As turtles can breathe through their skin (they also have lungs), they can live in freezing cold lakes so long as the water is at least partly oxygenated, according to Nature.com.

When temperatures get below 40 or 50 degrees Fahrenheit, cold-blooded animals such as the iguana can freeze up. This means if they were initially high up in the trees, they’re coming down, as Twitter user Frank Cerabino captured in his Florida backyard when temperatures dropped in January. But they aren’t dead! According to National Geographic, their blood has slowed down and they’re in “a lethargic state akin to a deep sleep.” Sounds soothing.

These iguanas are temporarily immobilized by the cold and will be running around again once the outside temperature — and thus, their body temperature — rises. In the meantime, definitely do not pick up a “frozen” iguana if you think he is dead. Remember, he’s just enjoying a deep rest — and he may react defensively to being touched!

The scene at my backyard swimming pool this 40-degree South Florida morning: A frozen iguana. pic.twitter.com/SufdQI0QBx

The Alaskan darkling beetle can withstand temperatures as low as -76 degrees Fahrenheit by keeping its watery cells from freezing solid. How? Unlike many other animals and organisms that use proteins as antifreeze agents, this smart beetle produces a sugar-based antifreeze called “xylomannan.” (There’s a good Scrabble word for you.) Along with the aid of oily compounds, this antifreeze prevents ice from forming in the beetle’s cells.

Clearly there are all sorts of cool ways that animals and insects survive winter weather. Anyone else floored by these crazy facts?