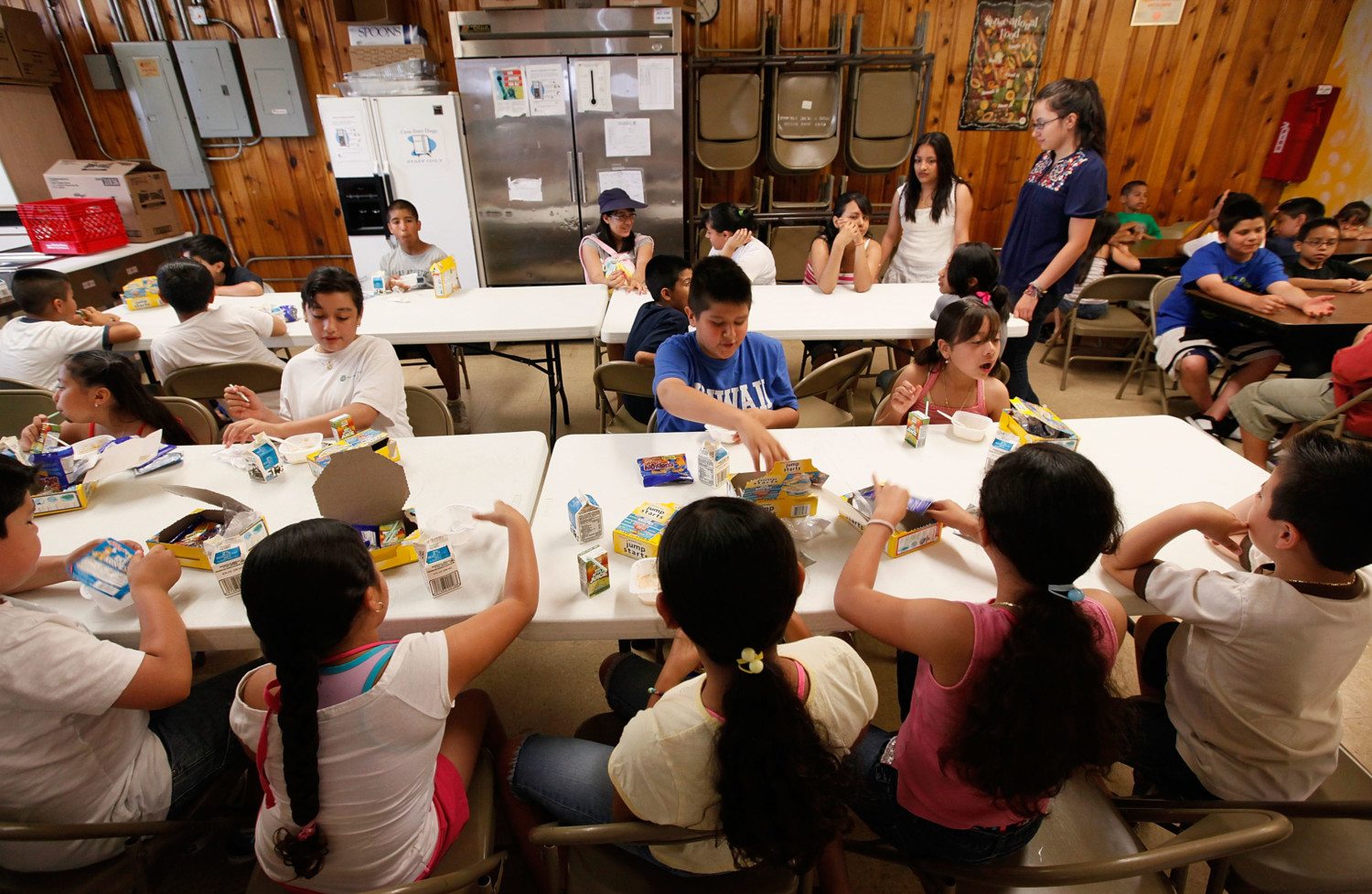 Up until recently at the Westbrook school district in Maine, families had accrued $17,000 in debt for their kids’ school lunches. But thanks to an anonymous donor, more than half of that debt has now been erased.

The district had been speaking to the media about its mounting level of school lunch debt and its strategies to reduce it, including phone calls, letters home, and setting up payment plans with parents.

“[W]e want to be able to feed all of our students regardless of their circumstance or regardless of their family situation, but at the same time we have to balance the books and pay the bills, and make sure we are responsible within our communities,” Superintendent Peter Lancia told WGME last week.

A donor, who wishes to remain anonymous, stepped forward to help ease the burden on the parents. Lancia said he received a check for $10,000 on May 21 intended to pay for the lunch debt.

Westbrook’s elementary schools had $10,000 in school lunch debt, while the middle school and high school comprised the remaining $7,000 owed. Lancia is unsure about how the district will allocate the donation amongst the unpaid accounts, but there is no question that the impact will be significant.

“We provide, oftentimes, the only stable meal for the day, the only guarantee for a meal, so I think this person just wanted to show her belief in kids and recognize that there are kids in need,” Lancia told Press Herald of the anonymous donor. “She was able to help them, and I am just really grateful she was able to do that.”

He noted that with a month of the school year left, the district still has time to erase the debt entirely.

Lunch debts across the nation

Westbrook is far from the only district in the nation facing debt from unpaid accounts for school lunches. In fact, 76 percent of America’s school districts had kids with school lunch debt at the end of the 2014 – 2015 school year, according to the School Nutrition Association.

Luckily, good Samaritans like the anonymous donor in Maine are stepping up to try and solve the problem.

Last year, Seattle dad Jeff Lew was horrified to learn that some students were “lunch-shamed” when they were unable to pay, such as by having their lunches thrown out or their hot lunches replaced with a cold sandwich. So Lew began fundraising online to help erase the debt.

His efforts were successful, and he even caught the attention of musician John Legend, who donated $5,000 to the cause. Lew is now spearheading multiple campaigns to erase school lunch debt in Washington State, including one which handled $50,000 of a district’s school lunch debt entirely.

School employees also help kids who are in need. Cafeteria supervisor Philando Castile, who was killed by a police officer during a 2016 traffic stop, used his own money to help kids who could not afford lunch.

To honor Castile after his death, a charity was set up called Philando Feeds The Children. It successfully wiped out all the debt at each of the 56 schools in Minnesota’s St. Paul Public Schools, where Castile worked.