A city already known for some amazing architecture, but may soon get even more interesting. An 80-story, 1,273-foot rotating tower is being built in Dubai, in the …

Read moreRotating Skyscraper To Be Built In Dubai By 2020 It’s been decades since they first made music together as part of The Beatles, but Paul McCartney and Ringo Starr are back at it, reuniting …

Read morePaul McCartney And Ringo Starr Reunited In The Studio If you were about to head to the medicine cabinet to get some relief for your back pain, stop right there. The American College of Physicians … Love Pixar movies? Want to learn more about animation? You’re in luck! Pixar Animation Studios has just launched a free online course about the “Art of … Several years ago, Meghan Coomes—who used to work in television—found herself homesick from traveling. To help, her grandmother gave her a very special letter that Coomes … It’s no secret many of us long for the “good ol’ days”—even those of us who weren’t around for them. From our fascination with Mad … The man behind the fake alkaline diet has been arrested and could face up to three years in prison, according to the BBC. Robert Young … These days, auto-tuning songs from less-than-spectacular artists is nothing new. In fact, it’s pretty much expected most of the time.

(Seriously—we’re auto-tuning everything, even the news.)

So what happens when you take it a few steps backward and actually remove everything except the vocals (non auto-tuned, of course)? We’re reluctant to listen to most new artists that way, but lucky for us, Playback.fm’s YouTube channel chose to do just that with Freddie Mercury.

Mercury, of the band Queen, passed away in 1991, but his amazing voice, songs and style continue to capture people’s attention around the world.

Playback.fm edited four concert films, including a rare recording session of “We Are The Champions,” and synced them to isolated vocals. It simply doesn’t get more a capella than that.

Mercury, whose real name is Farrokh Bulsara, was born in Tanzania in 1946 and studied piano in boarding school in India. He moved to London in the 1960s and befriended multiple musicians, including two of his future bandmates, drummer Roger Taylor and guitarist Brian May.

The Birth Of Queen

After being in two different bands, the Hectics and Ibex, Mercury reunited with Taylor and May and, along with bassist John Deacon, they formed Queen. Some of the band’s most notable songs include “We Will Rock You,” “Bohemian Rhapsody” and “We Are The Champions.”

The band went on to win numerous awards and was inducted into the Rock and Roll Hall of Fame in 2001.

RELATED: You have got to see this adorable (and hilarious) video of a little girl singing “Bohemian Rhapsody”!

Since Mercury’s death, scientists have gone on to study his incredible vocal range. According to The Daily Mail, the 2016 study of his voice in the Logopedics Phoniatrics Vocology used archive recordings and a singer to imitate Mercury’s voice.

Many people believed Mercury’s vocal range to be over four octaves, but the the lead author of the study, Austrian voice scientist Christian Herbst, says his vocal range was ‘normal for a healthy adult—not more, not less.’

Researchers say Mercury was probably a baritone, but sang as a tenor and had incredible control over his vocal production technique.

One thing’s for sure, Freddie Mercury will continue to be known as one of the greatest singers in Rock and Roll history.

RELATED: Why Bassists Are The Most Important Member Of A Band—According To Science

So Many Epic Works In Queen’s Music Catalogue

Here are the other Queen songs we mentioned, for your listening pleasure: If you’ve ever explored a real medieval castle or even taken a peek inside one via a photo or movie, you may have noticed that many have … Updated 4/25/17 Fans of Twilight Zone Tower of Terror at Disneyland: Look away. We’re now getting our first full look at the newly redesigned ride, renamed … As if you didn’t need another reason to love Facebook, an announcement posted by the company’s Chief Operating Officer Sheryl Sandberg says Facebook is now extending bereavement policies … If the words “butcher” and “vegetables” don’t exactly go hand-in-hand for you, Whole Foods is about to change that. A Whole Foods store in Manhattan, … We all know how useful smartphones are, but did you know your can’t-live-without-it gadget could actually save your life? Included with Apple’s iOS 8 update for …

Read moreThis Smartphone Trick Could Save Your Life The 1862 Civil War Battle of Shiloh left 16,000 soldiers dead and 3,000 soldiers wounded. Some of those wounded became part of a strange mystery that wasn’t … You’re getting older. Sorry, but it happens—to everyone. The effects of aging, however, don’t have to accompany the passing years—at least not as rapidly. A new video from Business Insider and Nobel Prize-winning biologist Elizabeth Blackburn explains the aging process and how we can slow down its effects.

Blackburn won the Nobel Prize in Physiology or Medicine—along with Carol W. Greider and Jack W. Szostak—“for the discovery of how chromosomes are protected by telomeres and the enzyme telomerase.”

Telomeres hold the key to the effects of aging. They protect our DNA, but over time, wear down. When that happens, we age. Everyone will age, but some of us age faster than others. That’s where taking care of our telomeres comes into play.

In the video, Blackburn says we have the power to “slow down the onset or likelihood of getting diseases of aging.” To better explain how our body ages, she uses a simple example:

“Picture, if you will, a shoelace and at the end of the shoelace, there are little protective tips, often plastic,” she says in the video. “And if you imagine the shoelace is your DNA, then the protective tips at the end are called telomeres. Now, this matters for our cells because if the DNA is damaged by losing the telomeres when they get too short, then the cells can’t renew themselves.”

Blackburn says it is the damaged telomeres that speed up aging and particularly the onset of many of the diseases we get when we age—“like cardiovascular diseases, diabetes, dementias, even stroke and lung diseases.”

If we keep our telomeres healthy, we can slow down the process of deterioration. The good news? We have the power to actively help protect our telomeres.

Blackburn says just getting exercise helps keep telomeres from getting damaged, and you don’t have to be a marathon runner (unless you want to). Simply walking briskly three times a week for 45 minutes is enough, she says.

Diet also plays a huge role. Make sure you’re eating healthy foods—like fruits, vegetables and nuts. Blackburn also suggests the Mediterranean diet, which continues to be praised by doctors and other health professionals. The fact that exercise and diet help maintain your telomeres also explains why staying active and eating well have such good effects on your health.

So if you needed yet another reason to eat healthy and exercise, here you go: It will keep you young. The actors, plot, costumes and set of “Downtown Abbey” were all top-notch, so it’s no surprise that the show won 15 Emmys and was nominated for another … You may not know much about Lady Kitty Spencer—and for good reason. The niece of the late Diana, Princess of Wales, spent most of her childhood out … You know the drill. Your kitchen or bathroom trash can fills up, you take out the bag and put in a new one. Or, you …

Read moreThis Is The Best Way To Use Your Trash Bags Netflix’s “The Crown,” which chronicles the early reign of Queen Elizabeth II, continues to get rave reviews, currently holds a 90 percent “fresh” rating on Rotten …

Read more10 Facts You May Not Know About Queen Elizabeth II 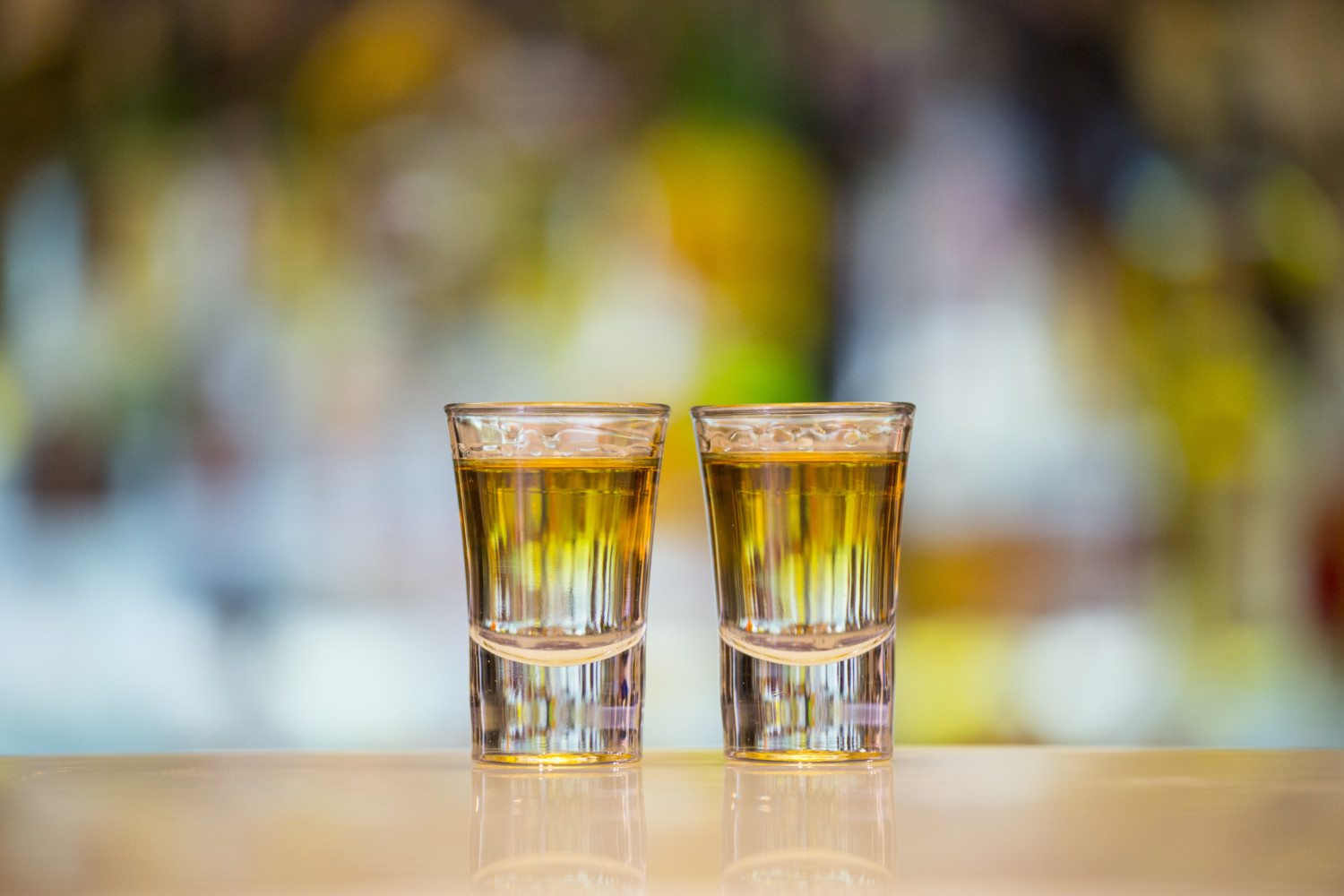 First date? Blind date? Bad date? All of them can be pretty scary and you might know the feeling of simply wanting to get out … Anyone who’s been to a restaurant with a fussy baby knows how unpleasant it can be. It can be made even more unpleasant by the …