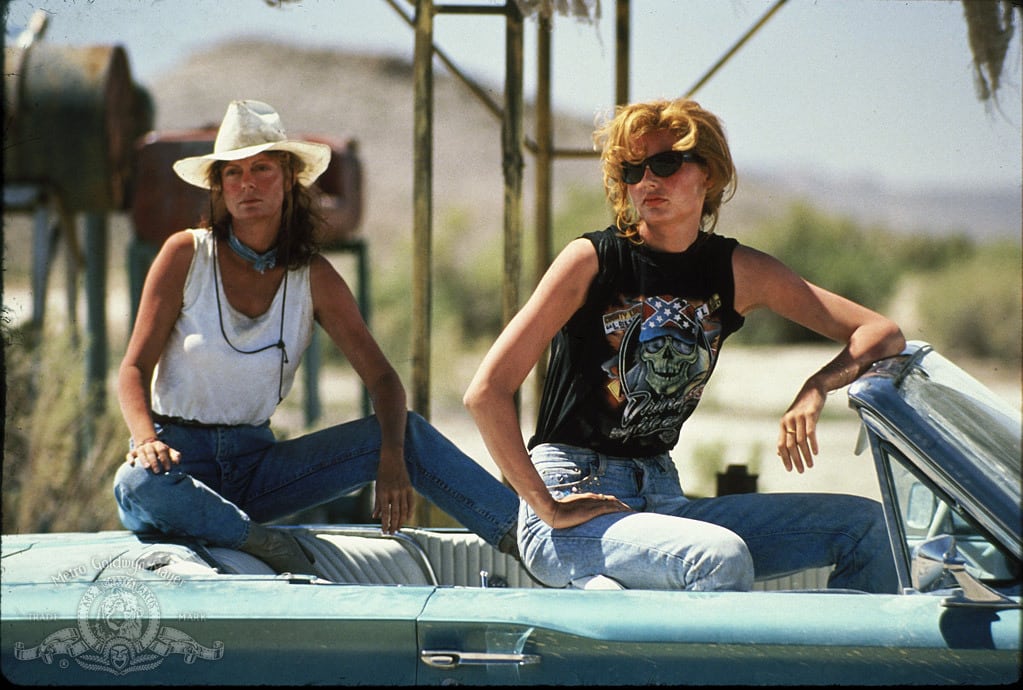 From Britney Spears and Justin Timberlake’s matching denim-on-denim moment (#NeverForget), to “Friends,” “Clueless,” and the beginning of the magical “Harry Potter” series, the ’90s was a decade rife with unforgettable moments in pop culture.

If you’re an older millennial, you’ll recall most of these — and even if you’re not, some have made a glorious comeback in recent years (hey, I’m looking at you, Lisa Frank and Nickelodeon). Keep reading for some of the most memorable pop culture moments from the 1990s.

Written by  Kimia Madani for Livingly.

The late ’90s, especially — and obviously the last year of the decade — was a time primed for an intense and nationwide bout of Y2K hysteria. The “Y2K bug,” also known as the Millennium bug or simply Y2K, was a class of computer bugs related to the storage of calendar data for dates beginning in the year 2000.

So of course, society was under the apocalyptic assumption that this would cause computers to spontaneously combust and self-destruct, and the world would end. Don’t ask me, it was the ’90s — and I personally remember the paranoia. “Millennium madness” was v v real, although Gen-Z and some younger millennials will never know just how bad it got!

If you didn’t accidentally kill your poor, undeserving, totally malnourished Tamagotchi pet every week, who even were you?

Honestly, in retrospect, I really wish I wouldn’t have ripped the tags off of every single one of my Beanie Babies growing up. I’d definitely be sitting on a small eBay fortune by now.

Okay, so Spice Girls was — and still is — one of my all-time favorite girl bands, at least when it comes to pop music. But Aqua was up there too for a hot minute. And who could forget the success of Destiny’s Child that came before Beyonce’s solo career? Certainly not I.

We can’t have a conversation about girl bands without talking about boy bands, too, now can we? And there’s no doubt about it, this cultural and musical trend was a worldwide one. It’s one that had significant ramifications for pre-teen and teenage girls everywhere. More specifically, for the walls of their luridly painted rooms, on which they hung poster after poster of the members of NSYNC and Backstreet Boys. Ahem. Not that I ever did that…

Arguably, this was the beginning of the now-formulaic sitcom revolving around a group of, you guessed it, friends, living, dating, and just all-around existing in an unrealistically attractive fashion within a big city. Oh, yeah, and frequenting a singular cafe in all of NYC, called — what else? — Central Perk.

But when “Friends” first aired in September ’94, how was anyone to know just how wildly successful it would become — and remain, if the continued frequency of reruns can tell us anything over two decades later? *cue theme song*

Where would we be without “Clueless,” I ask you? Well, for one thing, we’d be missing out on the recent resurgence of yellow matching plaid sets, for Halloween and otherwise. And that would be a damn travesty.

With its recent revival of classic cartoon programs like “Rugrats,” “Rocko’s Modern Life,” “Hey! Arnold,” and more on streaming service known as Nicksplat, let’s just say our favorite kids’ shows from the ’90s are back. And it’s giving us all kinds of feelings, TBH.

Although the ’90s version of Bratz dolls reinforced the normalization of a certain body type (re: bobble head and tiny body — hugely unrealistic for most young girls, and unhealthy-looking besides), I’d be lying if I said I didn’t much prefer them to Furbies. Ugh. Still makes me shudder to think of their creepy eyes, not to mention the proclivity for coming alive in the dead of night and babbling randomly from the closet where I’d buried mine long ago.

Can you imagine a film like “Space Jam” being made — and released to box office success — at any time that wasn’t 1996? No, I can’t, either, but I’m so glad it was, because the ’90s just wouldn’t have been the same without Michael Jordan playing basketball with the Looney Tunes characters. Oh, and “I Believe I Can Fly.” Obviously.

Anyone else remember kids dressing up in costume as Bill Clinton and Monica Lewinsky for Halloween that fateful year of our Lord and Presidential Affairs and Impeachments, 1998? No? Just my neighborhood?

‘Titanic,’ Celine Dion and ‘My Heart Will Go On’

Let’s not forget: “Jack, I’m flying!” “Draw me like one of your French girls” (which has, naturally, become one of the greatest memes of all time), and “Iceberg! Iceberg ahead!” I mean, if you ask us, the entirety of the epic three-hour-long “Titanic” film can essentially be summed up in these three quotes — and, of course, the iconic Celine Dion banger, “My Heart Will Go On.” *sobs quietly into pillow*

If you’re riding the pastel rainbow unicorn trend today, chances are you were obsessed with Lisa Frank as a kid. Her colorful and psychedelic designs were effusive with bright-eyed tigers, monkeys, dolphins, and all kinds of other animals (yes, including unicorns). And they still are, even to this day. All hail the second coming of Lisa Frank.

This epic romp of a film takes us through historical events like the free love movement and hippie era, Vietnam War, Watergate, and more — all experienced through the eyes of what was quite possibly Tom Hanks’ greatest role ever, the inimitable Forrest Gump.

‘Sex And The City’

“Sex and the City” may have turned out be fairly problematic according to today’s standards, but that doesn’t change its status as iconic. With the show’s first episode airing in ’98 (who could forget Carrie’s voluminous pink tutu and the ad of her on the bus?), the show spanned 6 seasons, and ended in 2004.

The late ’90s definitely wouldn’t have been the same without it. After all, can you imagine not collectively binge-watching the adventures of Samantha, Carrie, Miranda, and Charlotte, even still with today’s re-runs? I think not.

The Wizarding World Of ‘Harry Potter’

June 26, 1997: Welcome to the Wizarding World of “Harry Potter.” Since the late ’90s saw impoverished writer J.K. Rowling’s magical napkin-scribbled dreams realized, by a best-selling book series and not one, but two blockbuster movie franchises, our love for the boy wizard with electric green eyes and a lightning bolt scar has never wavered.

“It’s a-me, Mario!” If you didn’t just hear this in Mario’s weirdly high voice and Italian accent in your head just now, you’re lying. Super Mario Bros. is still the video game on the market, and I’ve held to that stance since 1997. Don’t @ me.

The vicious hip-hop rivalry fostered by East Coast versus West Coast rap (most notably, The Notorious Biggie versus Tupac), was one of the most well-known of all time — and it was one that came with a tragic, if not unsurprising conclusion. Both were killed in drive-by shootings; Tupac in September 1996 and Biggie a little less than a year later, in March 1997.

Called “the most publicized criminal trial in history” by USA Today, the O.J. Simpson trial was one of those murder cases so heinous most people could do nothing but watch with bated breath. Oh, and that famous Bronco chase didn’t help either — nor the fact that as a former NFL player, broadcaster, and actor, O.J. was a celebrity. Whether or not you can recall that time, we all know what happened next: O.J. Simpson was acquitted.

Although it’s now been over 20 years since her tragic death, Princess Diana will never be forgotten. Though she died young, and mysteriously, in a tragic car wreck in Paris, she remained — and still remains — an icon of her time, and of ours.

1991’s “Thelma & Louise” was a uniquely and satisfyingly feminist tale of two women on a dramatic roadtrip-gone-awry — and one of the first of its kind, at least in American cinema. Proof that women can be each other’s ride-or-dies, to this day? Absolutely.

Lindsay Lohan In ‘The Parent Trap’

Long before Mean Girls, there was The Parent Trap. And if you weren’t obsessed with Annie and Hallie, the “twins” — both played by Lindsay Lohan, of course — who first waged war against each other at summer camp, then joined forces in a secret scheme to bring their parents and families back together, then you truly weren’t living.

Okay, if you didn’t see or hear about Brandi Chastain’s penalty kick that changed US women’s soccer forever — and her subsequent disrobing on the soccer field — then where even were you during the 1999 Women’s World Cup?

‘Now That’s What I Call Music!’

Can you even call yourself a ’90s kid if you weren’t obsessed with the Now That’s What I Call Music! discography — every single edition? While the series was first released in ’98 (and nothing will ever live up to the first 15), you’d probably be surprised, as I was, to discover that they’re still pumping albums out even today. According to their website, there are no less than 100 (!) “Now!” albums.

This toy was totally simplistic, but nonetheless addictive. ’90s kids (like yours truly) distinctly remember the yo-yo obsession — and seeing them all over the playground in various states of trickery and suspension. I mean, even Bart Simpson had one.

By the end of its run, “The Macarena,” a ’95 Spanish pop-dance hit and pop culture phenomenon, neared Y2K hysteria in its potential for apocalyptic disaster — at least once your drunk elderly relatives started dancing.