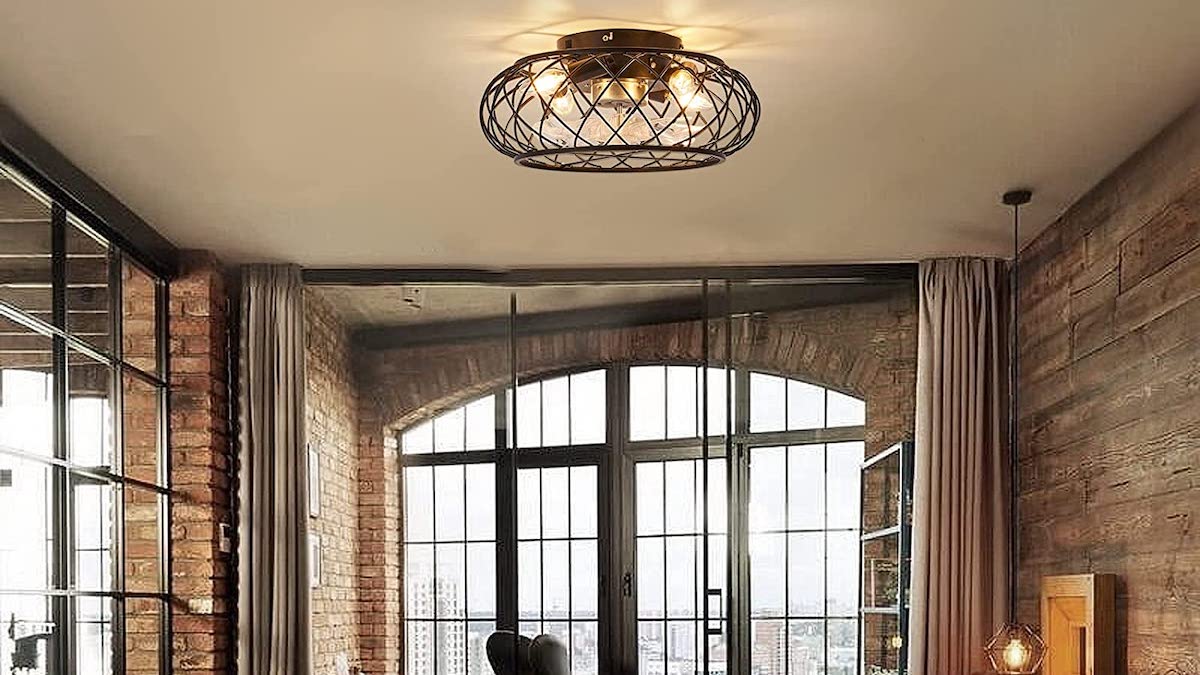 Ceiling fans help circulate the air and can keep you cool while you sleep or spend time in a certain area of your home. They can even put a dent in your energy bills. However, they can also be noisy dust collectors that may look a bit dated. That’s where bladeless ceiling fans come in.

It’s important to note that while these are advertised as “bladeless” ceiling fans, most actually do have small blades. However, the blades are typically hidden from view and work differently than the blades found on traditional ceiling fans. Bladeless ceiling fans take in air through openings in the fixture, creating a vortex of cooling air with their small blades.

In addition, bladeless ceiling fans are compact, quiet, safe, energy-efficient and easy to clean. Unlike bulky, traditional ceiling fans, you can install them in almost any room, including those with low ceilings. They are available in many styles to complement any decorating style and can be as affordable as their predecessors.

Keep reading to find some of our favorite top-rated bladeless ceiling fans in various designs.

This chic fan has a metal mesh cage encasing its barely visible blades. It includes four light sockets designed for bulbs up to 40 watts (7 watts for LED bulbs) with E12 bases. An included remote controls the lamp and the fan, which has three speed settings. Amazon customers have given this bladeless ceiling fan an overall rating of 4.3 stars so far. Satisfied buyers like the compact size and amount of airflow it provides.

“The smaller profile helps to open up our small 1970s rooms versus a traditional ceiling fan,” wrote one enthusiastic reviewer. “I was apprehensive about the small size of the fan, but it really works great!”

Several reviewers mentioned that the remote makes a loud beeping sound when used, so you might consider that if you plan to use it at night when others are sleeping. You can get this bladeless ceiling fan with a matte black finish with transparent blades, black with wood blades or in a red wood grain for $128, with a $10-off coupon available at Amazon as of this writing.

Bring a little bling into your home with this eye-catching bladeless ceiling fan. The modern design has transparent, enclosed blades and crystal edges. The semi-flush-mount fan has six speeds, and the lights have three dimming levels, which you can change with the provided remote control. In addition, it features a summer mode for cooler air and a winter mode to circulate the heat.

This low-profile fan doubles as a ceiling light with two 24-watt LED lights, which are included. The fan has three speeds and timing settings, and you can dim the lights with the remote control or using the brand’s app. It has an ultra-thin design that keeps the fan close to the ceiling, as well as a durable lampshade.

This bladeless ceiling fan has nearly 800 ratings at Amazon and a 4-star average score. Some reviewers have reported having trouble using the fan’s app but customers who’ve positively reviewed it like the modern design and dimmable LED light.

“Great to get rid of the old ugly fan with ugly blades and install this modern sleek one,” wrote a reviewer. “Such a better look. Lighting options are great, fan is more than enough for my small room needs.”

This fully-enclosed, low-profile fan is ideal in snug spots, such as rooms with low ceilings or in a child’s bedroom above a bunk bed. It includes a 72-watt dimming LED light covered by an acrylic lampshade that can emit a white, natural or warm light. The fan is rated at 30 decibels, equivalent to someone whispering nearby.

This bladeless ceiling fan lists at $136.99 at Amazon and includes a remote that can adjust three wind speeds, 10 brightness levels or three light colors. The fan and the light can be used independently. It also has timing and memory functions that you can customize.

This bladeless ceiling fan has an industrial look that is a throwback to caged fans from the early 20th century. Five LED bulbs are included and are easy to replace as needed. You can use the remote to sift through the fan’s six air speed options, the lights and the timing function.

Amazon customers have given this unique bladeless ceiling fan 4.2 stars so far, saying it is easy to use, provides ample lighting and is an excellent option for tight spaces. Several reviewers stated that installation was a bit challenging, and a few explained that they hired electricians to install their fans.

“I put this fan in a small pantry where we have our oven and it is beautiful,” a pleased reviewer wrote, “very unique looking, and the fan is quiet.”

Have you considered upgrading to a bladeless ceiling fan anywhere in your home?