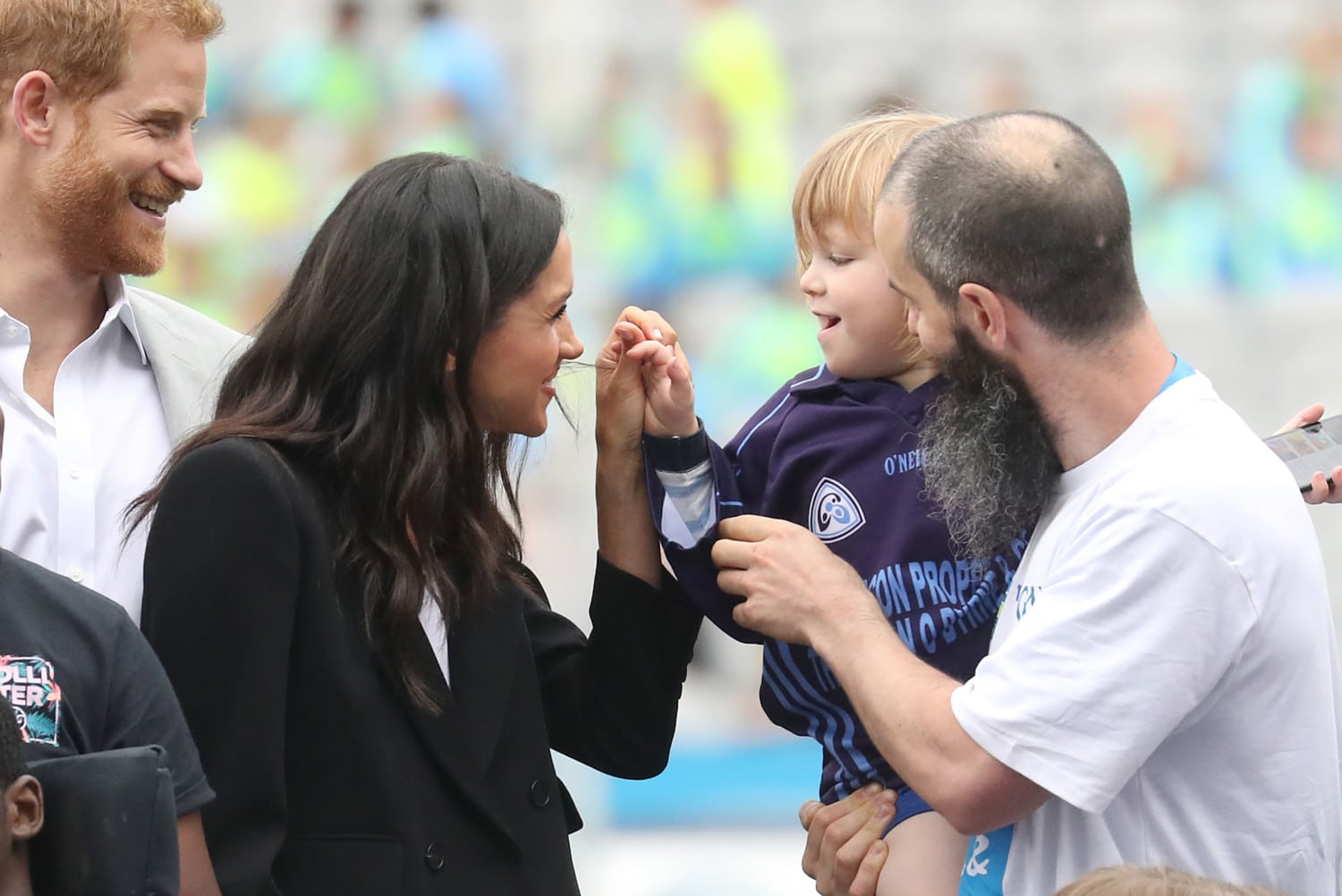 Meghan Markle and Prince Harry touched down in Ireland to meet with officials and learn more about Ireland’s culture. So, of course, there was a lot of hand-shaking and waving to the crowds. But one little boy was determined to get more than a smile and a wave from the Duke and Duchess of Sussex.

Walter Cullen, a 3-year-old, had another way of getting the attention of the royals. He reached out and grabbed Markle’s hair!

Markle was all smiles as she interacted with the little boy, who proceeded to touch her hair and face — but Prince Harry, on the other hand, wasn’t having any of it and jokingly scolded the little boy. Thankfully, the adorable exchange was caught on camera. Here’s the initial hair grab:

Markle quickly turned her attention to the little boy — so clearly, his plan worked:

The cute little boy got a laugh from Markle, although she appears to have gently removed his hand from her hair:

Then Prince Harry stepped in, as if to say, “Hey, what do you think you’re doing!” The little boy’s reaction was priceless:

He continued to touch Markle’s hair and face even after the prince jokingly scolded him:

The interaction was absolutely adorable:

Did this little boy win the hearts of the royal couple? We’d say so!

The pair seemed to be smitten with all of the children they met while attending the Gaelic sports festival at Croke Park. They smiled as they greeted the kids and their families:

When he wasn’t joking around with the “naughty” child pulling his wife’s hair, Prince Harry got down on the kids’ level to talk with them:

All in all, the royal couple seemed completely at ease, even in their attire. They arrived in Ireland dressed a little more formally:

But they got to let their hair down, literally and figuratively, to have some fun with the kids and each other:

RELATED: Markle has been known to challenge royal style protocol, but we think she always looks fabulous:

Not a bad day to be a royal!