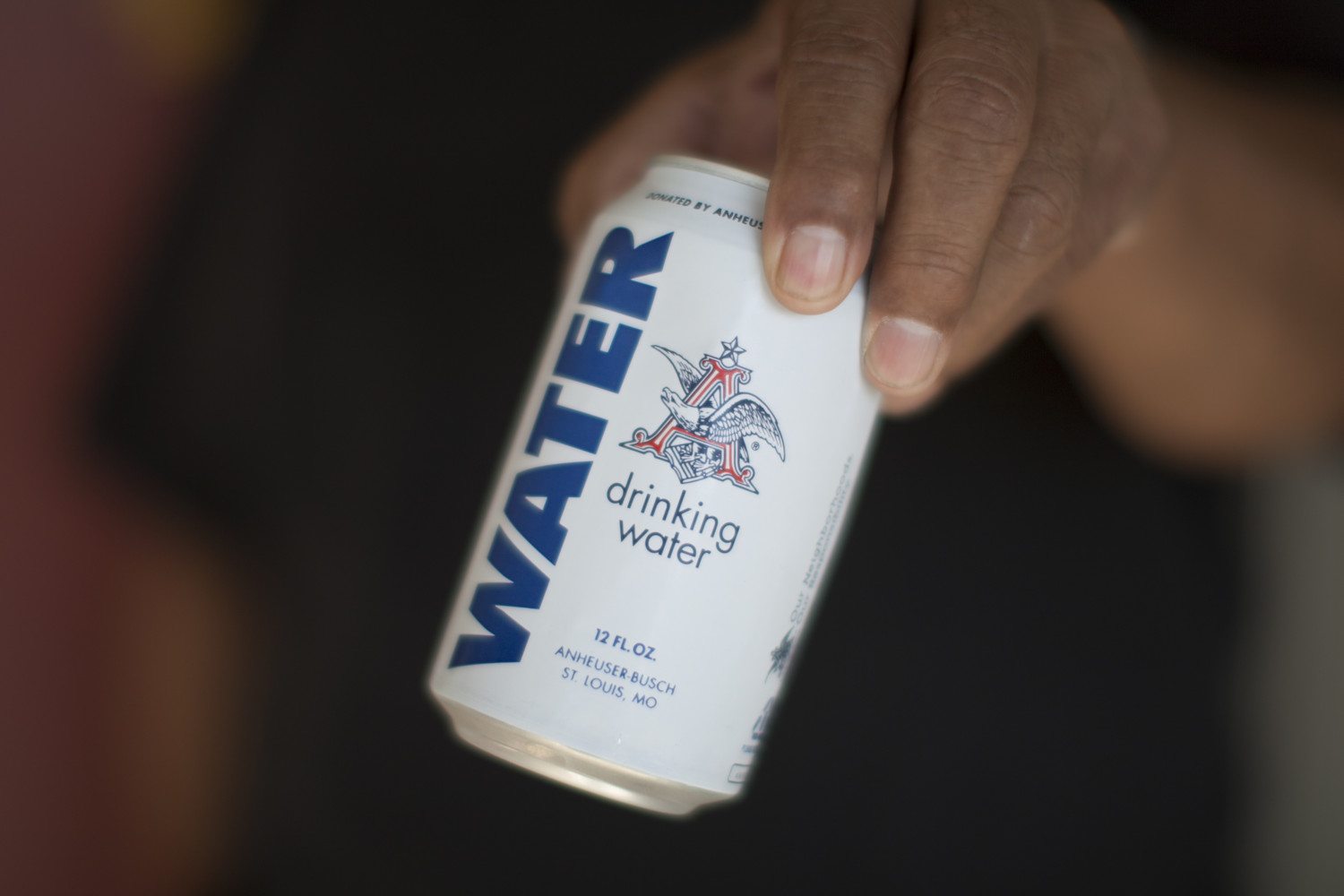 Anheuser-Busch, the massive worldwide brewing company that produces America’s favorite beer brands—among them Budweiser, Stella Artois and Beck’s—is providing aid to victims of Hurricane Harvey. This socially-conscious company is producing cans of emergency drinking water to be distributed throughout the areas affected by the storm.

The company halted beer production at their Cartersville, Georgia brewery earlier this week in order to produce drinking water. According to Anheuser-Busch brewmaster Sarah Schilling (who spoke to central Texas news station KVUE), this is a regular occurrence in times of disaster: “Throughout the year, we periodically pause beer production at our Cartersville, Georgia brewery to produce emergency canned drinking water so we are ready to help out communities across the country in times of crisis. Putting our production and logistics strengths to work by providing safe, clean drinking water is the best way we can help in these situations.”

Water being rolled off the truck at the Red Cross thanks to @AnheuserBusch @WBRZ pic.twitter.com/VvpXVgbChe

So far, Anheuser-Busch has sent over 155,00 cans to flood-damaged areas. Hurricane Harvey has been no less than catastrophic in Texas, with record flooding in Houston and devastation in coastal cities like Rockport and Corpus Christi. The company says they are sending 100,000 more cans to the Red Cross in Arlington, Texas, to arrive later this week (depending, of course, on road conditions).

And with Hurricane Harvey projected to cause even more damage in Louisiana, the company plans to continue their support (50,000 cans were initially sent to the Baton Rouge Red Cross).

Anheuser-Busch has a long partnership with the American Red Cross, one that’s been in place for 100 years, according to the VP of Community Affairs at the company, Bill Bradley. Bradley told TODAY, “Since 1988 we have donated an excess of 76 million cans of clean drinking water.”

Impressive, right? It’s kind of surprising to know that this massive corporate brewery has a social conscience. Of course, it is their giant infrastructure itself that is the very thing that gives Anheuser-Busch the ability to help on such a large scale.

We’re grateful that this well-known company understands the value of utilizing their resources for good. So the next time you crack open a can of Bud Light, you can pride yourself on knowing that you’re supporting a company that also supports its customers.