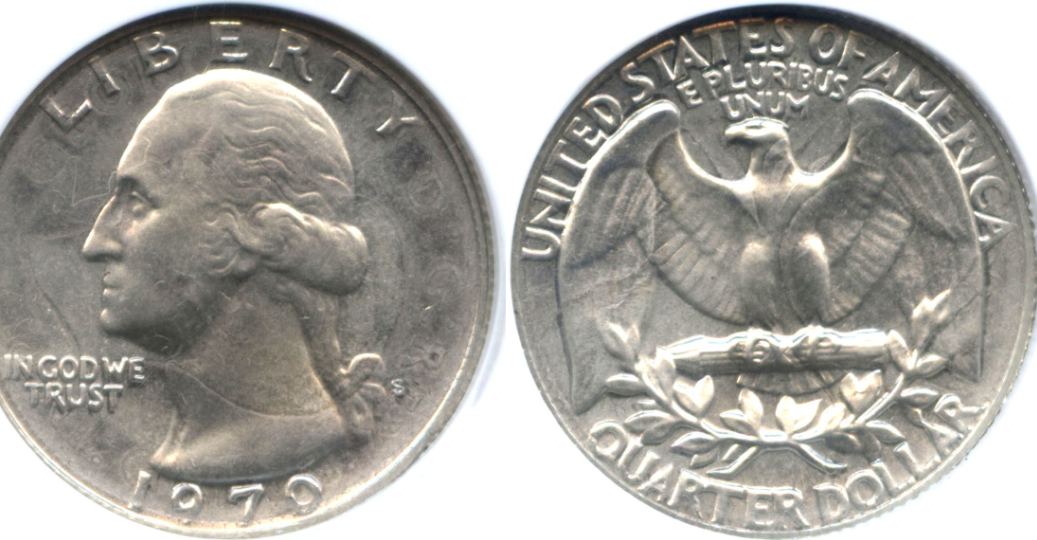 It’s time to dig under those couch cushions and look for loose change. You may find a special type of quarter that’s commanding quite a premium price right now. According to Good Housekeeping, people are selling the coin for $35,000.

A Mistake Worth Thousands

These special quarters were minted over 1941 Canadian quarters and, as a result, feature a teeny-tiny “1941” marking above the word “DOLLAR” and on the tails side of the coin. While there’s a rare chance of actually having one of these, it can’t hurt to check that piggy bank and scour the couch cushions, because you could get lucky.

This is a proof quarter, which means it was a test piece. According to coin expert (and the owner of one of these quarters) Mike Byers, “Proof coins are struck by technicians who hand feed the blanks into special presses. They are produced, examined and packaged using extreme quality control. It is very unusual to find major proof errors. A few broadstrikes, off-centers, double strikes in collars and off-metals have been known to be found in sealed proof sets.”

Related: You Could Have A Rare Penny Worth Thousands—Or Even Millions—Of Dollars In Your Wallet

Why Is This Coin Worth So Much?

The reason why this coin reportedly boasts such a high value?

“Proof errors are aggressively sought after by many error collectors,” according to Byers. Well, that makes sense.

Byers came to own one of these quarters after buying it at an auction from the State of California. The U.S. Secret Service sent a collection of coins with proof errors to the state after its discovery in a group of San Francisco coins.

“There is a significant amount of detail on both sides showing the design of the Canadian Quarter. This is one of the most fascinating and intriguing proof mint errors ever discovered,” Byers wrote.

Here is a photo from Byers that shows the “1941” imprint marking. It’s pretty hard to make out, but it’s there! If you’re curious about other flawed coins, Byers wrote a book called “World’s Greatest Mint Errors.” It’s a coffee table-style book with “the most dramatic and amazing mint errors and die trials ever found in the U.S. and across the world,” according to the book description. This guy is a serious collector, too.

Right now on eBay, he’s got several coins listed for tens of thousands of dollars and previously priced this two-headed Jefferson nickel for $100,000. Yep, you read that right, $100,000.

He also listed this copper penny for $22,500. According to Byers, there are only three coins like this in the world.

Known as numismatists, Byers and others like him spend time studying and collecting coins. There are numismatic clubs, organizations, conferences and newsletters for die-hard coin collectors.

Other Common Household Items Worth A Lot Of Money

If you’re one to hold on to collectible items, betting that they’ll be worth more money down the road, now is the time to open those dusty boxes in your attic to see if you’re sitting on a gold mine.

For instance, your Precious Moments figurines could be worth hundreds of dollars. This “God Loveth A Cheerful Giver” figurine is on sale for $299.99 on the website Retired Precious Moments. And what about old boxes of LEGOS? According to the website, BrickLink.com, certain LEGO pieces can sell for hundreds of dollars. This red Darth Vader helmet is currently on sale for a whopping $1,200.

If you’re a fan of Disney movies, today may be your lucky day. Those who grew up in the ’90s probably had stacks of Disney VHS tapes in your home. If you still have some (and they’re in pretty good shape), keep reading.

Some sellers on eBay will sell a single movie, like the original Black Diamond edition of “Beauty and the Beast” (it’s currently listed for $15,000). Others will list an entire collection, in hopes that they can catch a favorable price for an avid (and wealthy) Disney fan.

But do people really pay thousands of dollars for Disney movies? I did some research a while back, and this is what I found:

So, there you have it. While you most likely will not get filthy rich from selling your Disney VHS movies, you could potentially make a few hundred dollars if you have a great collection. Keep in mind they should be in mint condition, and you should be willing to take the time to put them on an online auction site like eBay.

Best of luck to you!

Related video: How to make a beautiful table top with pennies