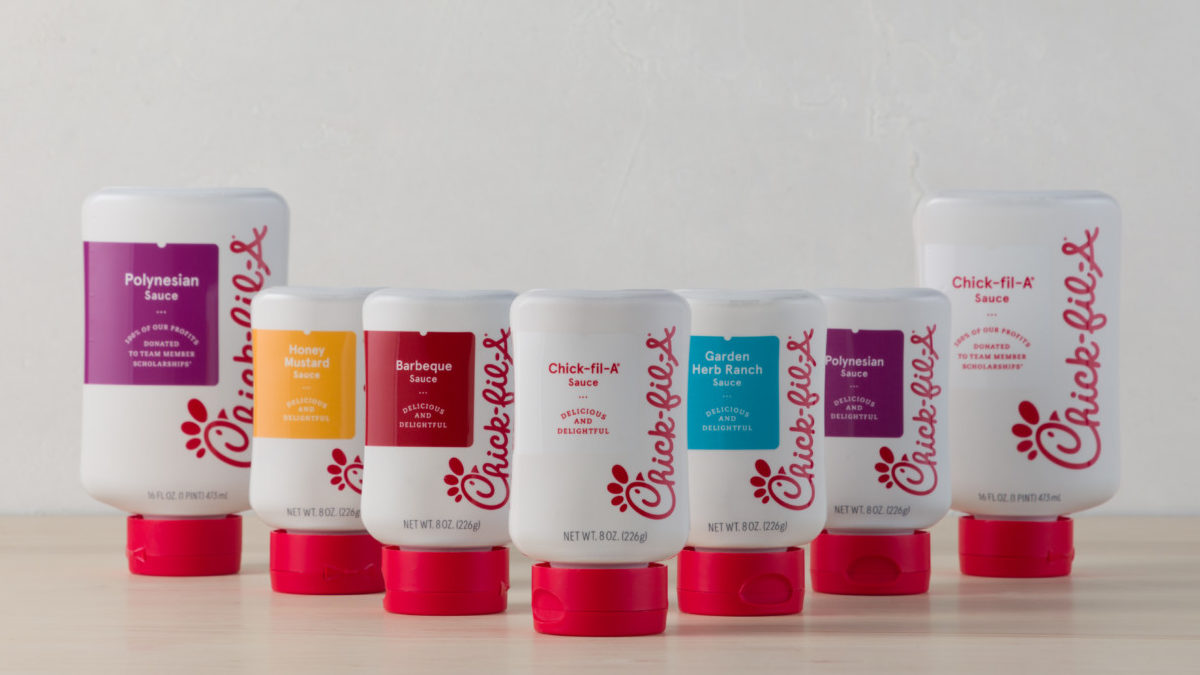 Do you always beg for a few extra containers of Chick-fil-A sauce at the drive-thru pickup window or look around in hope of finding unopened packets of Polynesian sauce at the condiment counter? Good news: You’ll be able to get an entire bottle of some of your favorite sauces soon.

This spring, Chick-fil-A announced that bottles of Chick-fil-A dipping sauces would be available throughout Florida, saying shoppers at Publix, Target, Walmart and Winn-Dixie stores in The Sunshine State would be able to pick up 8- or 16-ounce bottles of Chick-fil-A Sauce and Polynesian sauce. Those are apparently the restaurant chain’s two most popular sauce offerings, but fans of some of its other sauces weren’t totally left out. The chain made their barbeque, honey mustard and garden herb ranch sauces available in 8-ounce bottles at all 220 restaurants across Florida as well.

The pilot program in Florida must have been a success, because in October, Chick-fil-A expanded their retail sales of the 16-ounce bottles — still just the Polynesian and Chick-fil-A sauces — to grocers in Alabama, Florida, Georgia, Louisiana and Mississippi.

Now, Chick-fil-A says you’ll be able to get them at grocery stores around the country.

“The bottled sauces are scheduled to become available at participating retailers nationwide in early 2021,” the company said in a press release about the expansion.

The 16-ounce bottled sauces will start at $3.49 each. And according to the company, all proceeds from the retail sales of the sauces will be donated to Chick-fil-A’s Remarkable Futures Scholarship Initiative. This is the company’s team member scholarship program, which in 2020 provided $17 million in scholarships for 6,700 Chick-fil-A restaurant workers in 47 states and Canada. Chick-fil-A says it has provided nearly 60,000 scholarships, totaling more than $92 million, to employees since 1973.

The pilot program alone funded 250 more scholarships, the company says. So those bottles of sauce are a purchase you can feel good about!

Which of the restaurant’s sauces would you most want to keep in your pantry?