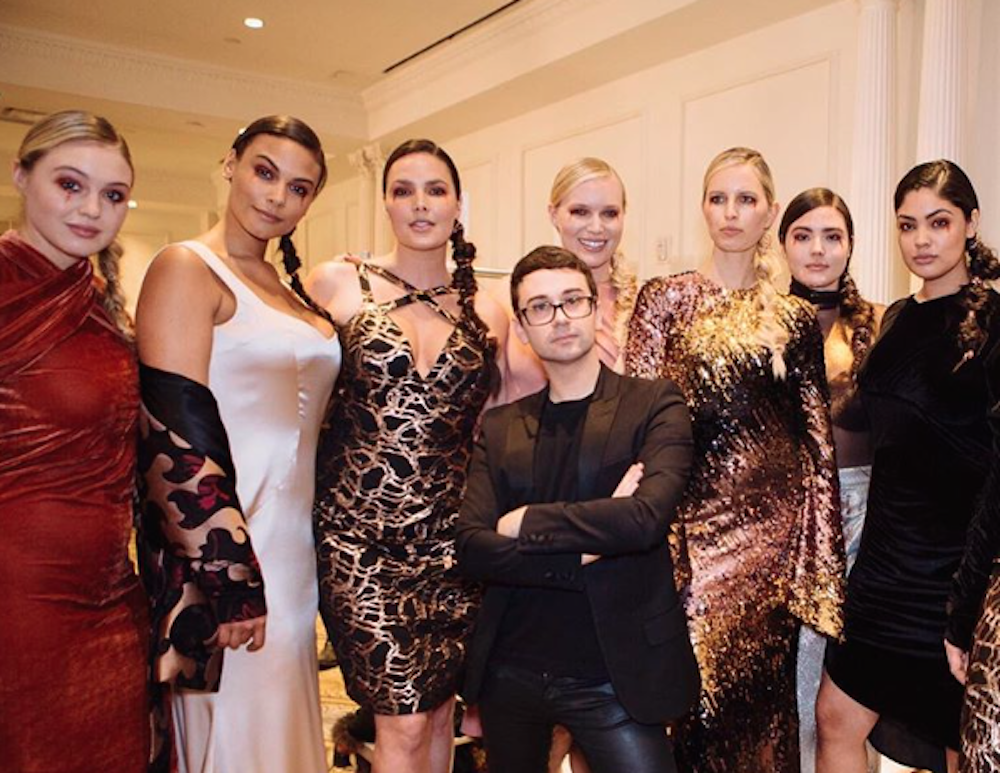 New York Fashion Week (NYFW) is well-known for being many things, chiefly among them staffed with models who are tall, pale and overwhelmingly thin. Where waifs still walk the runway in most shows, one designer is changing that. Meet Christian Siriano and his plus-size models who are revolutionizing diversity in fashion.

With models ranging from sizes 2 to 16, Siriano cast all different size women to do his runway show this year. With looks that kept in line with the latest trends (think velvet sets and animal prints), the “Project Runway” season four winner proved that diversity is at the forefront of his creative process when it comes to hiring models. Featuring women of all races, sizes and industry experience, Siriano’s showcase was a total hit.

And this commitment to diversity is nothing new. Last year, Siriano cast five plus-size models to showcase his spring 2017 line. And this year, he doubled the number of plus-size models on the catwalk. According to an article from Refinery29, 10 out of the 53 looks that went down the runway were modeled by curvy girls.

On top of that, Siriano mixed mega-models like Karolina Kurkova and Alek Wek with new faces like Iskra Lawrence and Jocelyn Corona. Lawrence is well-known plus-size model who has been outspoken in her defense of self-love and body positivity.

It wasn’t just the women on the runway who helped champion diversity. One of Siriano’s biggest supporters is Danielle Brooks, better known as Tasty from “Orange Is The New Black.” Brooks, who has modeled for Siriano’s collaboration with Lane Bryant, attended the show and voiced her strong support for the designer.

In an interview with “The Hollywood Reporter,” Brooks said she loves how Siriano “knows the importance of representation. He understands that all women should be seen and deserve to be dressed and feel beautiful.”

And Siriano isn’t shy about telling the world. One of the models who walked the runway this NYFW sported a shirt emblazoned with the words, “People Are People.” Designed by Siriano’s husband Brad Walsh, 100 percent of the proceeds from each shirt sold will go to the ACLU.

Siriano has previously dressed women who don’t fit the traditional beauty archetype including celebrity Leslie Jones. After this year’s increasingly diverse runway, it’s clear he is here to dress all people.