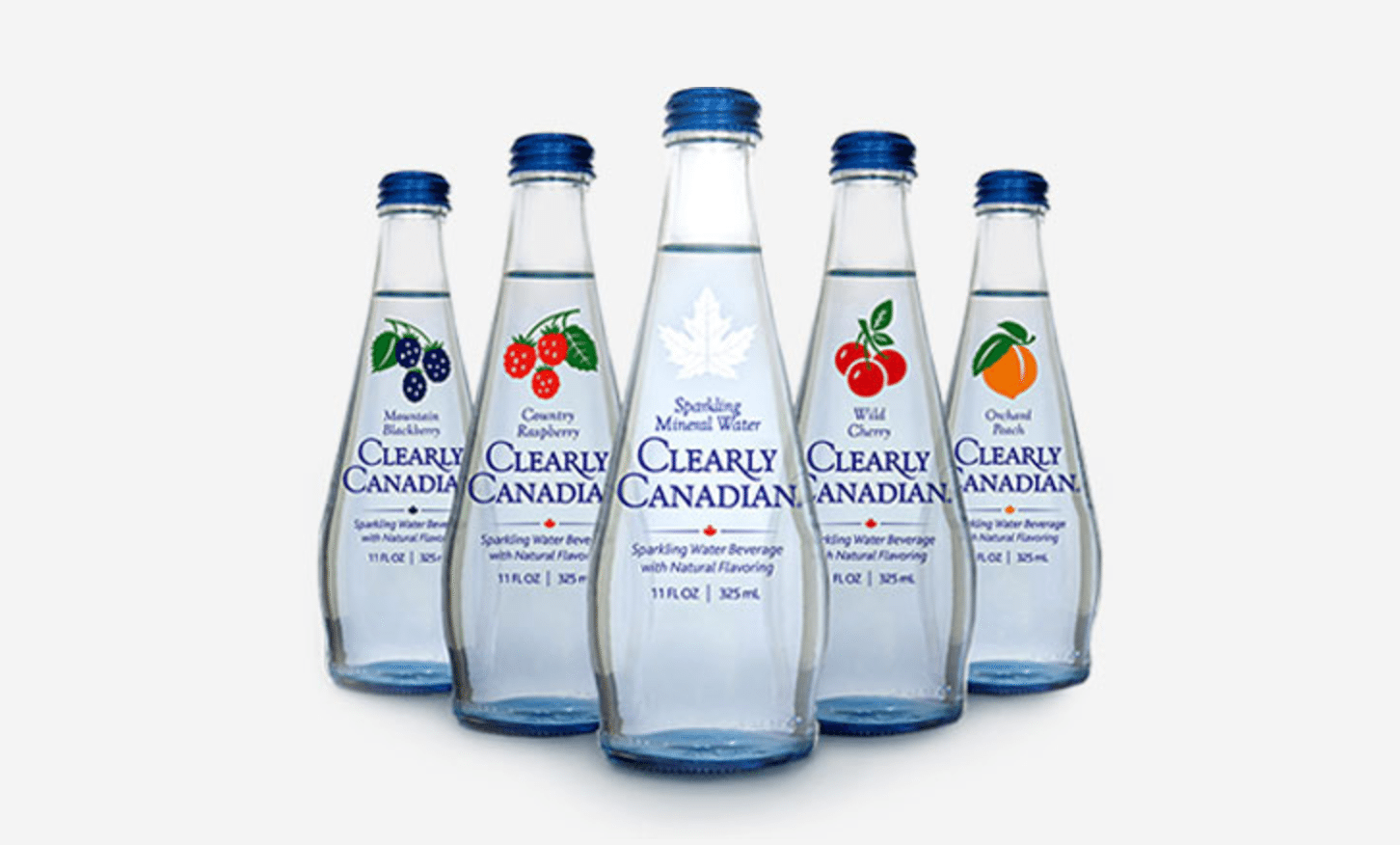 Nostalgia for the 1990s is at an all-time high lately.

From chokers to wallet chains to embellished demin, everyone is dressing like a character from “Clarissa Explains It All.”

And now, here’s even more good news: You can now DRINK like it’s 1995 still too.

But then, the market became over-saturated with other options and Clearly Canadian underwent major changes in ownership and management. Soon, our beloved sparkling water was forgotten, along with other offshoots like Orbitz (remember that weird water that had stuff floating in it?).

What in the world were we all thinking back then?!

Anyway, passionate fans of Clearly Canadian have helped to give the favorite ’90s libation a second life.

Venture capitalist Robert R. Kahn spearheaded the movement via crowdfunding, urging fans of Clearly Canadian to pre-order cases of the drink in order to help fund production. It was a crazy move, but it worked: Kahn met his crowdfunding goal as over 25,000 people pre-ordered cases.

Sadly, a factory shut-down in Canada delayed production, and two years after ordering cases, many people were still awaiting delivery.

But now, their patience has finally paid off. Thanks to these fans’ dedication to their beloved sparkling beverage, Clearly Canadian is back on supermarket shelves. The drink is now available at select locations of Hy-Vee as well as Cost Plus World Market.

World Market is selling the Wild Cherry, Orchard Peach, Country Raspberry and Mountain Blackberry flavors for $2.29 a bottle (in-store only), so if you’re hankering for a taste of the ’90s, head out and grab yourself a case of your favorite seltzer from the past.

Let’s hope it is as good as we remember, but if not, the nostalgia ride back to a simpler time will still be worth it…