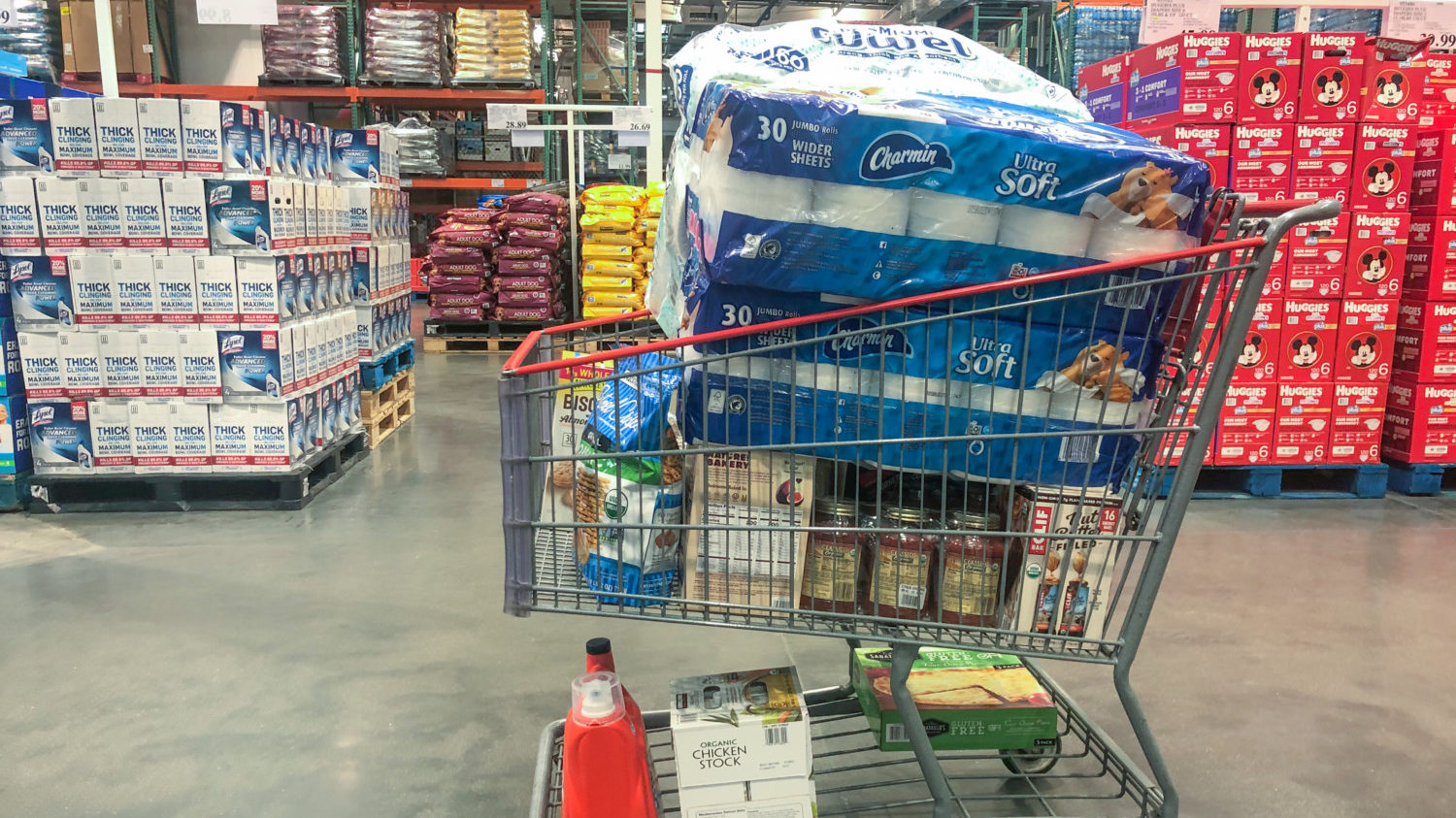 If you have suspected that people are stocking up on supplies again, you might be correct. Members-only big-box retail chain Costco has confirmed that its stores are once more limiting the sales of some products, including bottled water, toilet paper and some cleaning supplies. If you go to your local Costco today, you may only be able to buy one or two packages of each.

“Costco is out of toilet paper,” tweeted @meezsmom, “That says all we need to know about where we are headed again!”

“Costco is out of toilet paper & paper towels,” posted Twitter user @Crixiest. “A lady who walked up after me said: ‘uh, this again? What’s going on?’ Me: Yep, Deltas not messing around, people are stocking up.”

Costco is out of toilet paper & paper towels. A lady who walked up after me said:
"uh, this again? What's going on?"
Me: Yep, Deltas not messing around, people are stocking up.
Her: um I don't know about all that, but something is going on. 😑

The astute shoppers were not mistaken. On Sept. 23, Costco officially confirmed that it had reinstated purchase limits on the items during a call with analysts.

He noted that supply chains are being affected by many factors, including a lack of readily available raw materials, components and ingredients in some sectors, and as a result, major brands are asking for longer lead times. Also, in some cases, as with certain brands of anti-bacterial cleaner, there’s plenty of supply but getting them to stores is a problem because of labor shortages.

“A year ago there was a shortage of merchandise,” Galanti said, “Now they’ve got plenty of merchandise, but there’s two- to three-week delays on getting it delivered because there’s a limit on short-term changes to trucking and delivery needs of the supplier.”

The restrictions Costco is imposing will hopefully stop people from stockpiling, so more consumers can get the merchandise when they need it going forward.

Manufacturers and other retailers are noticing an uptick in purchases of these items as well. For example, Procter & Gamble Co., which makes brands such as Charmin and Bounty, said it is increasing production to meet demand. According to the Wall Street Journal, the company attributes the uptick to factors such as government stimulus, back-to-school shopping and extra concern about cleaning sparked by rising Covid-19 cases.