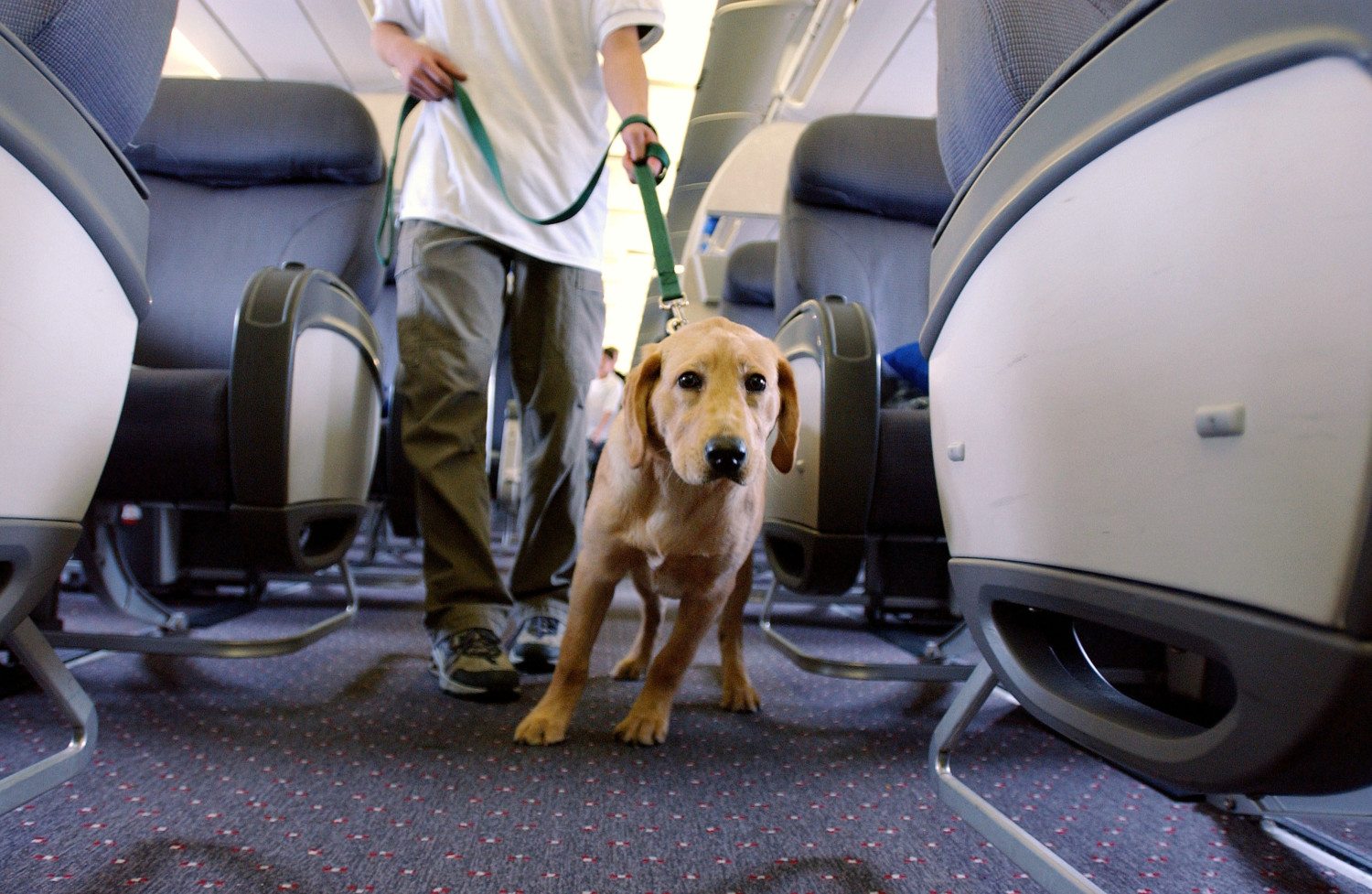 Is your dog a “very good boy”? That’s what Delta now wants to know before allowing your emotional support animal (ESA) to board a flight with you. After several pet safety-related incidents and complaints of dog poop and urine-soaked cabins, the airline recently announced that it would be enforcing stricter requirements for support animals.

Unlike service dogs that are trained to physically help their disabled owners by performing tasks, the purpose of an emotional support dog is to provide comfort to those suffering from mental or psychiatric disabilities. No special training is needed for a pet to become a support animal, and only a letter from a doctor has been required by Delta and other airlines in the past in order to fly with one.

However, beginning in March 2018, it won’t be enough to present the airline with documentation before boarding a flight on Delta. Passengers will also have to sign a statement, vouching that their animal is well-behaved, as well as provide proof of good health and up-to-date vaccination records for their dog or other animal at least 48 hours before traveling.

The stricter requirements are being implemented in conjunction with Delta’s claim that there’s been a 150 percent increase in service and support animals since 2015 and a corresponding 85 percent uptick in animal-related problems on their airline since 2016.

One particularly bad incident in June 2017 involved a man who was mauled by a large and aggressive emotional support dog on a Delta flight from Atlanta to San Diego. As the passenger sat down in his window seat, the dog reportedly attacked, biting the man twice on his face.

The support dog was able to lunge at the man because while pets are required to remain in their carriers during the entire flight in order to fly as a carry-on, ESAs are allowed to fly uncaged and can sit on their owner’s lap. There are also no size or weight restrictions for support animals, and they are not charged the typical $125 travel fee that non-support animals and pets are charged.

Those perks have reportedly led to able-bodied people falsely registering their pets as support animals in order to avoid paying fees and be able to travel more freely with their furry friends.

Dogs are not the only animals people are registering, either. Delta reports that their flight crews have also encountered more unusual emotional support animals like turkeys, possum, snakes and spiders.

“Ignoring the true intent of existing rules governing the transport of service and support animals can be a disservice to customers who have real and documented needs,” said the airline company in a statement.

Added John Laughter, the Delta senior vice president for corporate safety, security and compliance: “The rise in serious incidents involving animals in flight leads us to believe that the lack of regulation in both health and training screening for these animals is creating unsafe conditions across U.S. air travel.”

Other airlines like American and United are reportedly reviewing their requirements for emotional support animals and may also soon follow suit, implementing stricter requirements like Delta’s.

What do you think about people brining emotional support animals on flights?