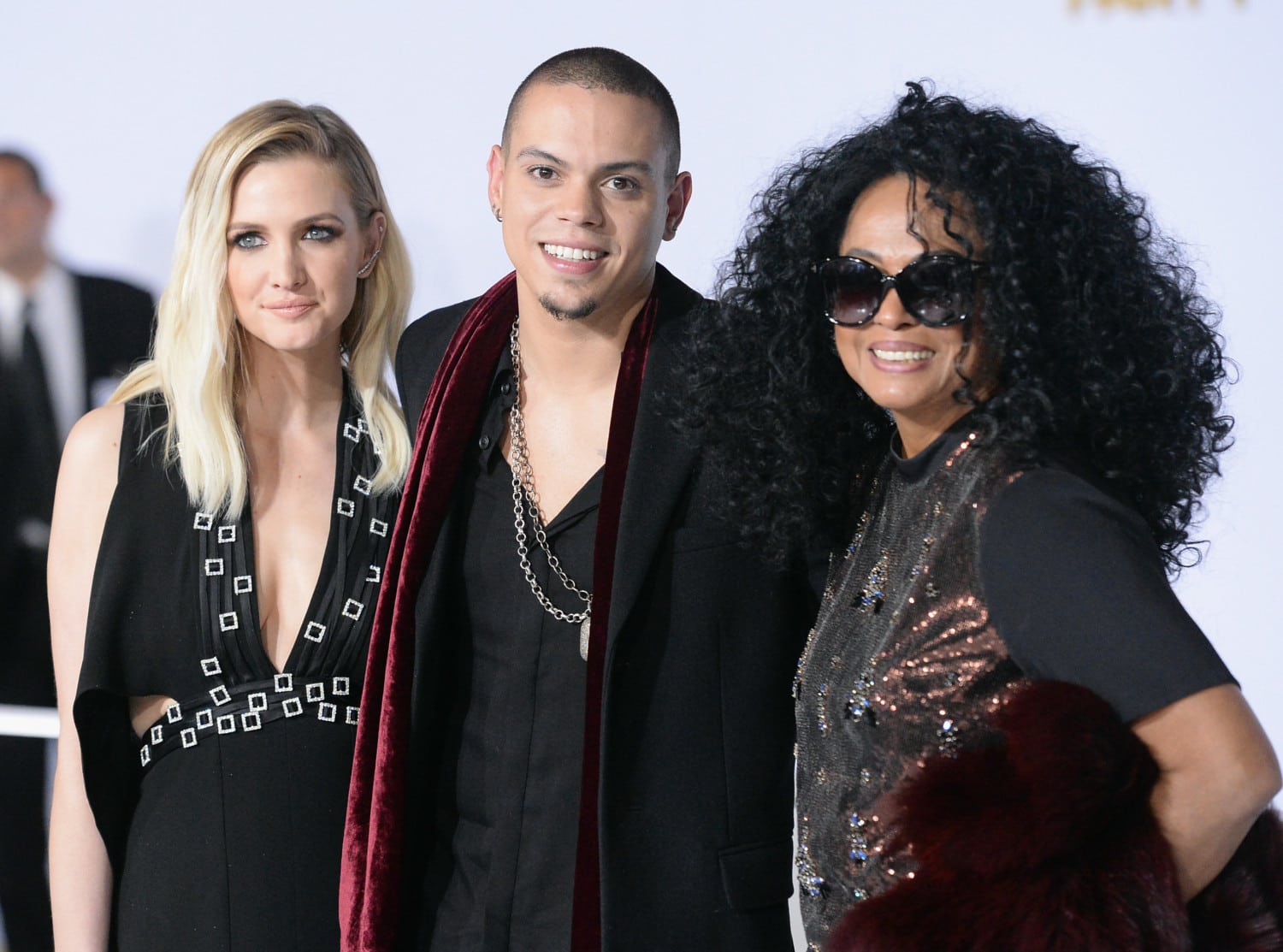 Diana Ross is practically a household name, thanks to her incredible singing career, so it should come as no surprise that when it comes to family matters — she gets her way.

Not only is she the matriarch of the Ross household, but she’s — you know — Diana Ross. So who’s going to stand in her way? Umm, no one.

That’s precisely why she wasn’t going to miss the birth of her granddaughter — even though her son Evan Ross and his wife Ashlee Simpson Ross wanted to be alone for the birth of their first child together, who’s now 2 years old.

The couple explained the birth story to People magazine while at an event launching their unisex clothing line, which they’ve named Jagger Snow, after their daughter.

According to Evan, the most unforgettable part of the whole day (besides the birth of their baby girl, of course) was, “Probably our parents coming in before it was time to come,” he told People. “I was like, ‘What are y’all doing?!’”

He continued, “While [Ashlee] was having the baby, we said we were going to do it just us, but then we saw both our parents behind the curtain watching.”

He wasn’t too surprised, though.

But this didn’t seem like a big deal for the couple, especially considering that they seem to have a great relationship with the songstress.

In fact, Ashlee called Diana the “most beautiful, kind, loving mother-in-law” on Instagram (and, yes, she officiated their 2014 wedding!):

Ashlee also told Entertainment Tonight that her mother-in-law, whom they lovingly refer to as “Mama D,” is really supportive of her husband and their family.

The couple has two kids, 2-year-old daughter Jagger Snow, and a child from Ashlee’s marriage to Pete Wentz, Bronx Mowgli.

“Mama D’s super supportive so I feel like with her she’s on our team, you know,” she said.

So “Mama D” probably won’t be too upset with the fact that the couple plans to expand their family, although they’re not sure by how many just yet.

RELATED: Kelly Clarkson Opens Up About The Book That Helped Her Lose Weight

To which Ashlee responded: “I’m like, take it one at a time.”

As long as the grandma gets to be in the delivery room — the more the merrier!

RELATED: Here’s some real talk on parenting from our favorite celebrity moms!

At 2 years old, Jagger Snow is growing up fast. She makes frequent (adorable) appearances on her mom’s Instagram page:

And here’s a photo of the entire family together, looking gorgeous and color-coordinated at the American Music Awards: