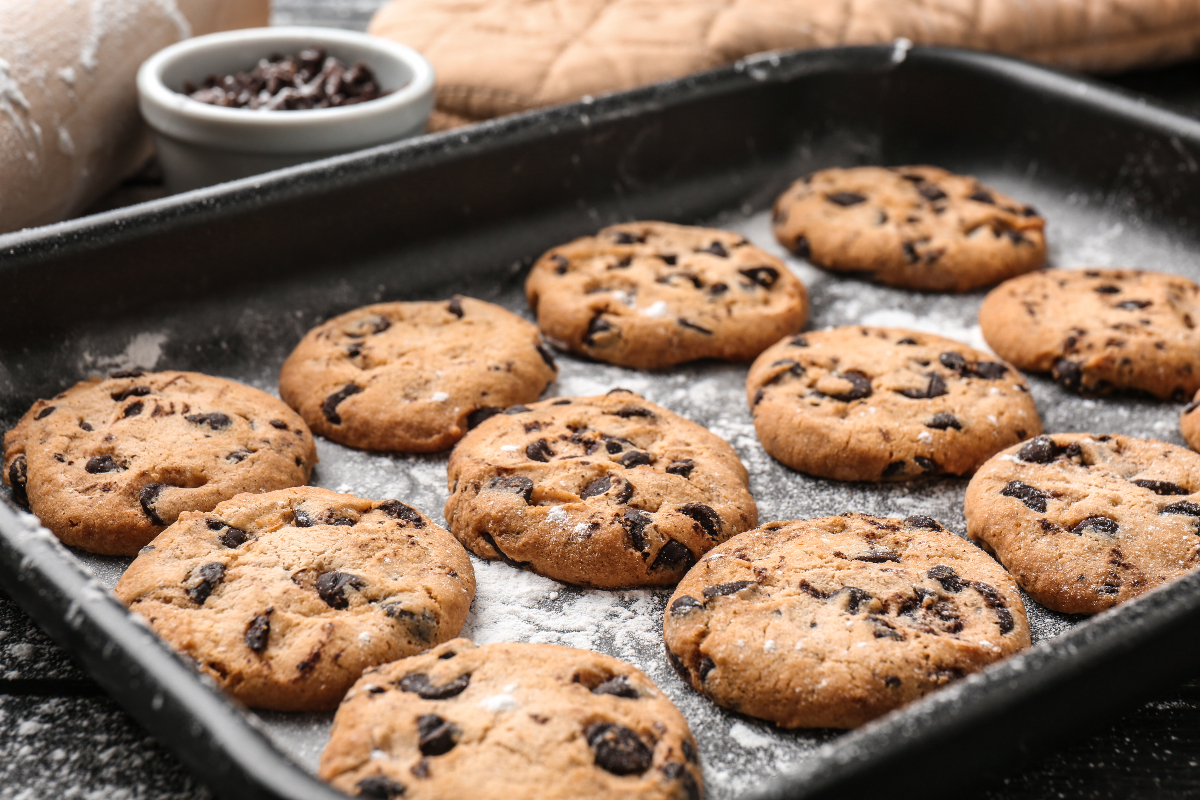 If you’ve ever stayed at a DoubleTree by Hilton hotel, you’ve no doubt been welcomed with one of their signature chocolate chip cookies. Served warm upon check-in, the cookie is consumed by more than 30 million guests every year and was even the first food to be baked in orbit during experiments aboard the International Space Station!

But now, you no longer have to go on vacation (or to space!) to get your hands on the sweet treat, because for the first time, the hotel chain is sharing their official bake-at-home recipe so you can create the comforting cookie in your own kitchen.

While copycat recipes have been published online for years, this is the only official version directly from Hilton. Because it is from scratch, you will need your standard baking staples, like butter, sugar, eggs, flour and baking soda. You’ll also need rolled oats, cinnamon, chocolate chips and chopped walnuts.

The recipe makes 26 cookies, but if you don’t want that many, you can freeze the unbaked dough and bake them a few at a time. You can find the full recipe on DoubleTree’s website.

DoubleTree is not the only business releasing original recipes due to people not traveling or skipping restaurants because of COVID-19. The Cheesecake Factory published the recipe for its popular red sangria online and McDonald’s U.K. even released its Egg McMuffin recipe on Twitter.

Disney has also been sharing a handful of recipes from their parks, including 3-ingredient Dole Whip, tater tot nachos, a peanut butter and jelly milkshake and cheddar cheese soup.

For breakfast, Disney also published recipes for their chocolate waffle and espresso mousse, chocolate, peanut butter and banana French toast and Tonga toast, which is made with sourdough bread, bananas, cinnamon and sugar.

Which famous recipe do you wish you could make at home?