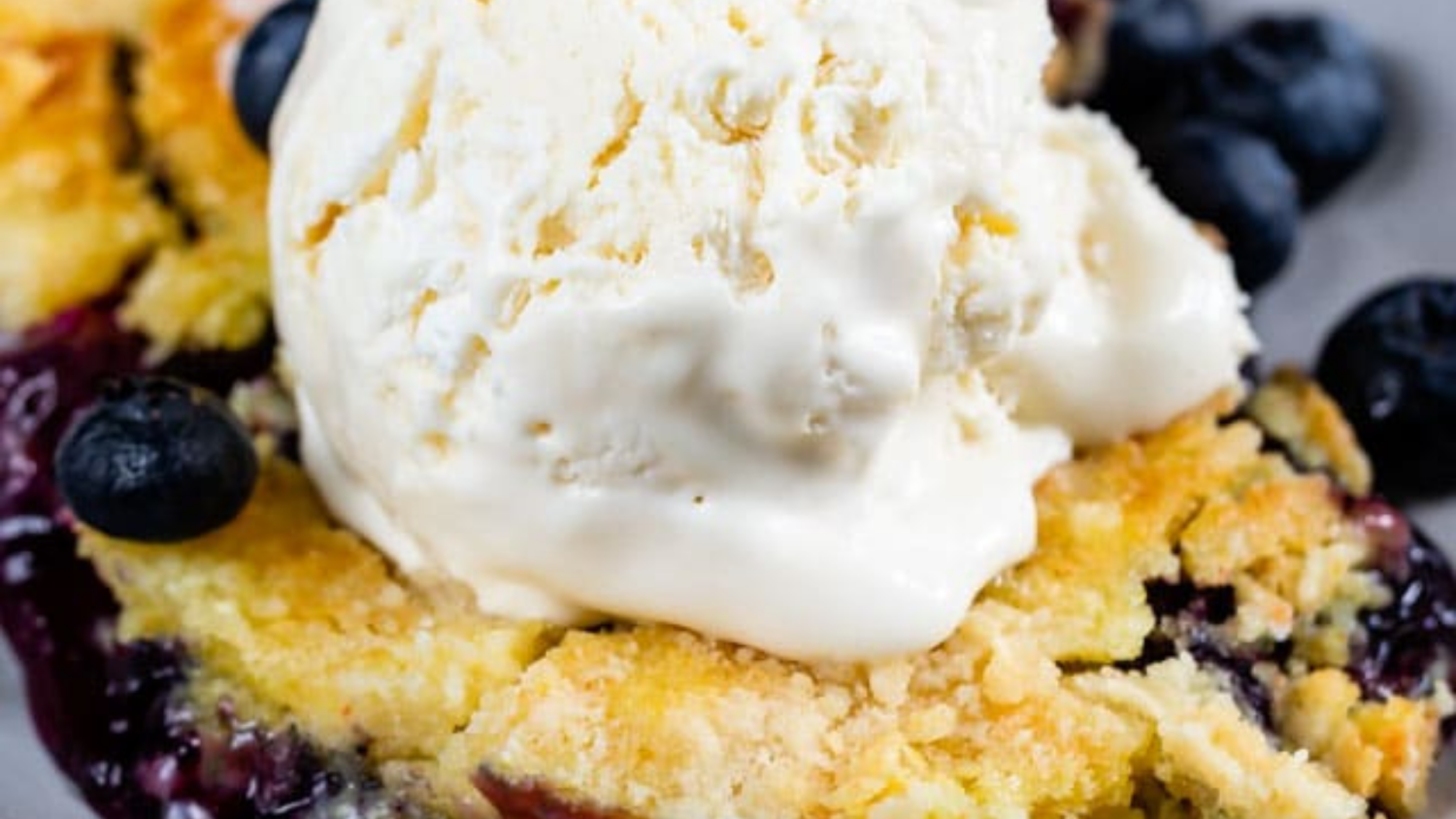 Nothing can compare to a homemade dessert. But during the summer, the idea of spending a lot of time in the kitchen doesn’t exactly sound appealing, so easy desserts with simple ingredients are the way to go. And if a recipe can add some fresh fruit that is in season, then the dessert is a home run.

That is why I love the idea behind this easy blueberry cobbler recipe from Dorothy Kern at Crazy For Crust. The dish comes together more like a dump cake than a traditional cobbler, which makes it even easier to whip up for tonight’s dessert.

Technically, cobbler and dump cake are two different things. From the outside, the two desserts look nearly the same. They both have a bottom layer of fruit as the sweet foundation. But a traditional cobbler’s topping is made from a biscuit or dumpling-like dough, while a dump cake uses cake batter as the top layer. Both are delicious in their own way.

Kern says this recipe is ideal for serving a crowd, and it doesn’t matter if you call it a cobbler or a cake — it’s just delicious.

That’s all you need to make a dessert that will be the hit of any cookout, barbecue or picnic you head to this summer. The original recipe provides the quantities you need for each ingredient, as well as the baking directions and plenty of helpful hints from Kern. The entire dessert comes together in about an hour.

Make sure you catch Kern’s handy tip for freezing and grating the butter to get a crisp, golden top layer. If you’ve made pie crust before, you may be familiar with this cool trick.

You could also try other seasonal fruits, such as cherry, blackberry or raspberry, with this recipe. Any of them would make for a yummy summertime dessert!