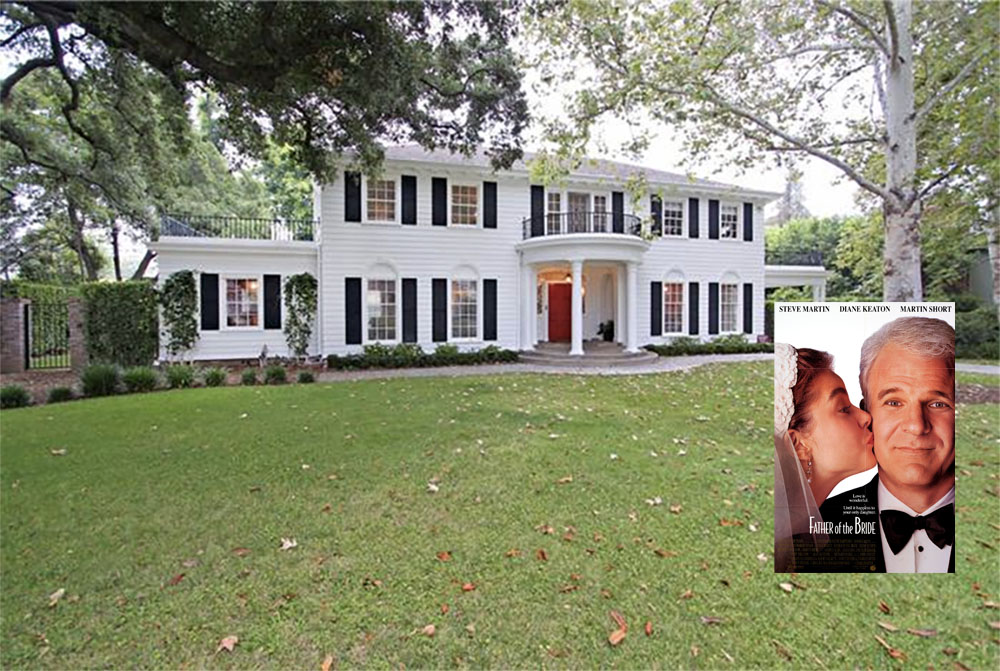 For the low, low price of $1.998 million, you can be the owner of the house where the iconic 1991 movie “Father of the Bride” (featuring Steve Martin, Diane Keaton and Martin Short) was filmed. Well, sort of.

Truthfully, the only part of the movie that was actually shot at the home in the Los Angeles suburb of Alhambra was in the backyard during the sweet basketball game between Steve Martin and Kimberly Williams-Paisley’s characters. Everything else was either filmed on a soundstage or at a home in nearby Pasadena. But you don’t have to tell people that. Steve Martin touched your basketball court! Built in 1925, the 4,391-square-foot Colonial home features four bedrooms, four bathrooms, a large formal dining room, a sunroom with a decorative fountain, a detached room off the backyard with a full bath, a three car garage and a gourmet kitchen with a 90-bottle wine fridge (see pictures below).

While this entryway and staircase are pretty in their own right, this wasn’t the staircase filmmakers used in the film. The house has a cozy, wood-paneled den with fireplace. The master bedroom has its own fireplace. And yes, that basketball court where Annie and George played in the movie is still there in case you want to keep up their tradition.

The house, located at 500 N. Almansor St., was also the filming location for the forgettable 2005 comedy Guess Who, starring Ashton Kutcher and Bernie Mac. The home was previously sold three years ago for $1.25 million (swans are not included!).

And, in case you’re curious, here’s the Pasadena home that was used for front yard and other exterior shots for the film:

Watch the basketball clip from “Father of the Bride” below: