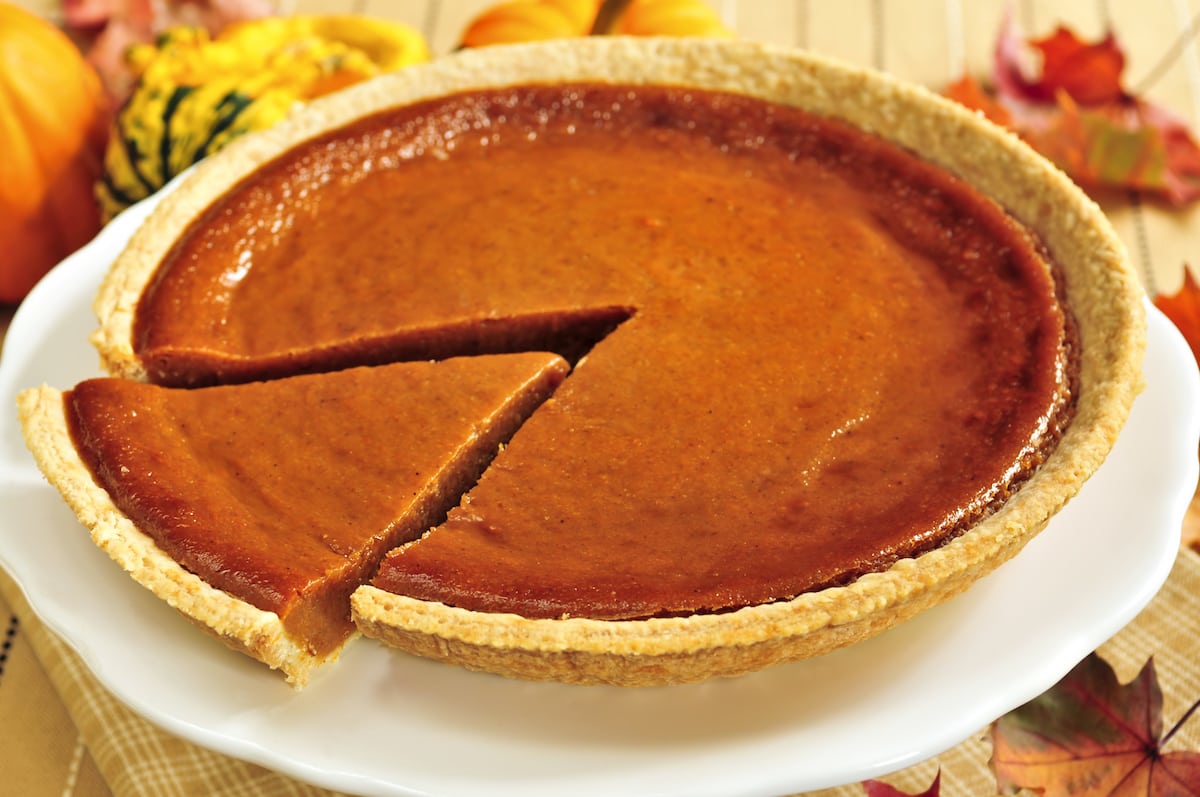 Fall is finally in full swing, so if you’ve been holding out on enjoying pumpkin flavors until it was the “appropriate” season, now is your chance to let ‘er rip.

This recipe for pumpkin pie isn’t your grandma’s recipe, either. It’s got a fun addition that will give it the kick you need to get this fall season started off right. Fireball whiskey pumpkin pie isn’t shy about its “secret ingredient.” That’s right — some Fireball whiskey is added right into the batter to yield a pie that’s filled with the cinnamon-y whiskey flavor you know and love.

But don’t worry: The addition of Fireball doesn’t take away from the pumpkin flavor, since that is what you were looking forward to, after all.

In fact, the blogger behind Laura Is Cooking said that she added even more cinnamon (yes, you read that right) to the recipe when the Fireball alone didn’t spice things up enough for her. How much cinnamon you add is entirely up to you!

When you’re through combining the pure pumpkin, evaporated milk, eggs, spices and of course, whiskey, you’ll finish with what looks like an innocent pumpkin pie. However, it has the addition of smoking hot cinnamon flavor to provide that kick of spice.

Adding a little whiskey to your pumpkin pie isn’t the only way you can switch things up this season.

Once you’ve got that Fireball in your kitchen, there is no need to let it go to waste. Why not add an extra bit of cinnamon flavor to a classic apple pie recipe? This recipe from the Gold Lining Girl will walk you through how to booze up this fall staple. The end result is sugar, spice and a pie that’s real nice.

On the off chance that pie isn’t your favorite fall dessert, there’s still some good news. You can add a little booze to many of your go-to baking recipes, and once you give it a try, there will be no turning back.

This boozy take on a pumpkin roll, for example, will have you wanting to add whiskey to anything and everything. The recipe from The Crumby Kitchen takes a classic pumpkin bread with caramel cream cheese filling and infuses it with bourbon whiskey to add a bit of smoky flavor to balance all of that sweetness. Just the right combination!

Speaking of smoky-sweet flavors, Fireball is ready to transition us smoothly from fall to winter with a new non-alcoholic Fireball eggnog. If you want to really get into the holiday spirit, add some liquor of your choosing, or just enjoy the creamy, cinnamon-centric eggnog all on its own.

It’s time to indulge in the cozy flavors of the season!