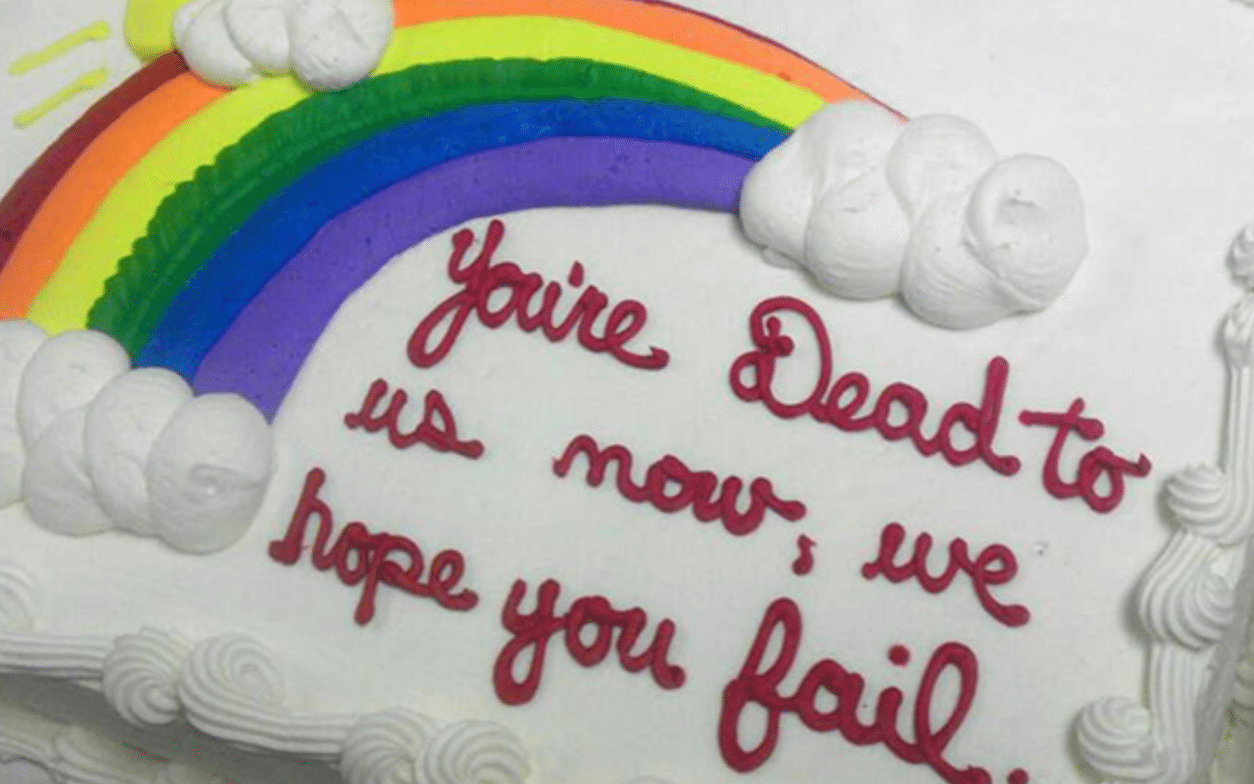 Every occasion is a cake-worthy occasion, if you ask me. Got fired from your job? Have a slice of cake. Ran out of clean clothes on laundry day? Blow out the candles.

Having a celebratory cake around can make even the worst moments feel so much better. And, evidently, I’m not the only one who believes this. Friends have come up with a whole lot of reasons to celebrate. Leaving their jobs, getting older, you name it.

But, they don’t have just any old party to commemorate these events. Oh no! These sarcastic cakes take the idea of “having a reason to celebrate” to a whole other level. If you were to receive one of these cakes, you might not know if you’re supposed to love your friends or hate them.

Don’t believe me? Take a look for yourself:

It’s never too late to celebrate, as long as there’s cake.

“@anatweeta: Remember when I had a passive aggressive birthday cake http://t.co/r343xvJsN4” I remember this very well

Got a new job? Your co-workers are… proud of you?

And the award for most passive aggressive farewell cake goes to @IoniaSentStand! 😂 I'm going to miss this place. pic.twitter.com/MJHVay1cuM

"@ComedyOrTruth: A cake for everyone who never texts me back http://t.co/61ntJdgNJN" @savage_70_

Wife made a chocolate cake for a "Going Away" party tomorrow. Savage. pic.twitter.com/w3L6bBELQ7

Nobody likes you? That’s OK. At least there’s cake to ease the blow!

The cake my boyfriend gave to his coworker 😂😂😂 Savage pic.twitter.com/PL9ytuvgbm

Your co-workers weren’t bitter about you leaving were they? Umm… maybe just a bit? What gave it away? The cake that read, “You’re dead to us now, we hope you fail.” Yep, that was it.

Happy Birthday to you! Say goodbye to your youth! Is that how the song goes?

Maybe the whole “portrait cake” thing wasn’t such a good idea after all.

Pub’s eye-rolling birthday cake fail: THERE are cake fails and then there’s this. https://t.co/pRxrTT2QiK pic.twitter.com/f5A7v5AKjh

9. Seven Years Down The Drain

Quitting after seven years. It feels good, doesn’t it?

Another year older, another year closer to the grave? That’s one way to look at it, I suppose.

i made a cake … im savage … pic.twitter.com/zdiXXMgTwK

11. Thank You For Being A Friend

We’re all a little difficult sometimes. What better way to thank our nearest and dearest than with cake? Duh.

No matter the reason, eat cake! It’ll make everything better, I promise.