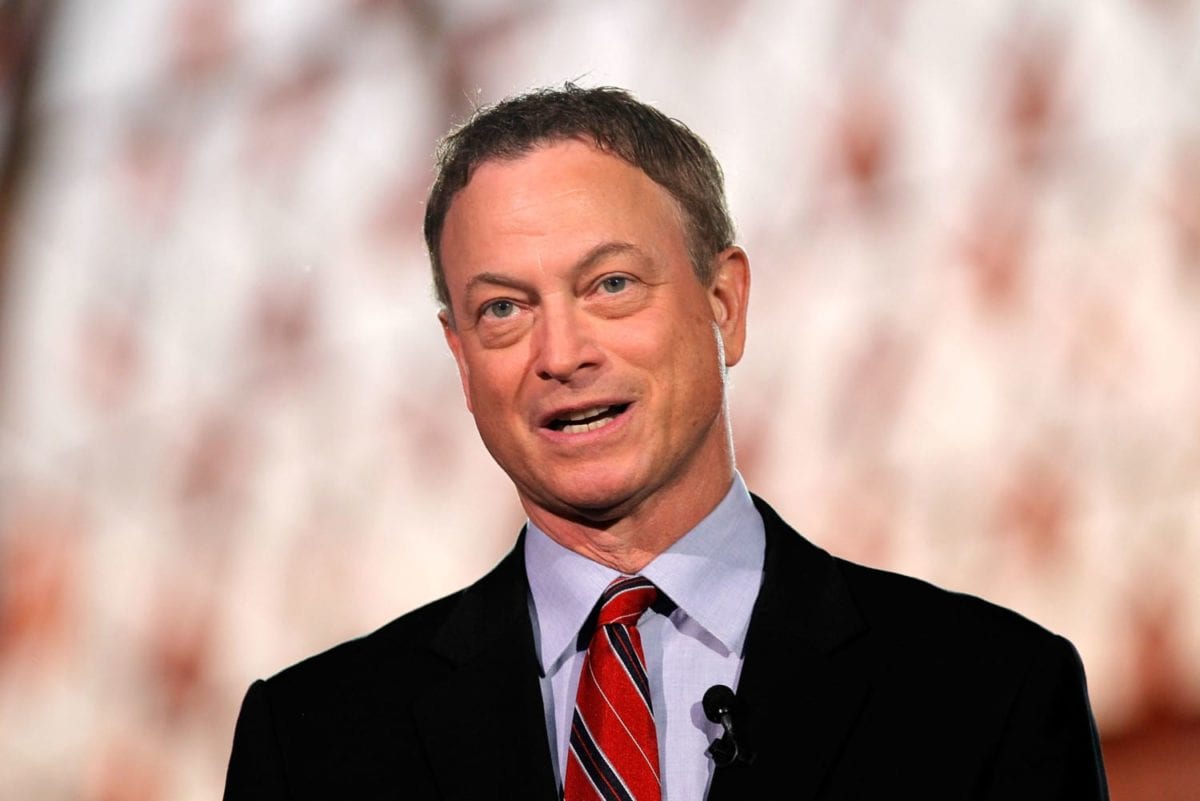 Actor Gary Sinise played the cantankerous Lieutenant Dan in 1994’s “Forrest Gump,” and in real life, the Oscar-nominated actor has dedicated a lot of his time and money to serving the U.S military.

On the website for the Gary Sinise Foundation, the organization founded by the actor to benefit veterans and first responders, he explains that he has veterans in his family and has always supported them. However, he became particularly passionate about the cause after the September 11 terrorist attacks.

In celebration of Sinise’s dedicated support over the years, as well as the Feb. 12 release of his new book, “Grateful American,” many of the actor’s friends made a surprise video tribute to thank him for his efforts.

The video features praise from many of his famous colleagues in Hollywood, including Tom Hanks, Jay Leno, Kristin Chenoweth, Ron Howard, Mayim Bialik and Tim Allen. Former Secretary of State Colin Powell, as well as several veterans, first responders and their family members, also participated in the video.

The video was put together by retired Four Star General Robin Rand, the CEO of the Gary Sinise Foundation. Check it out in the clip below — and maybe grab a couple of tissues first:

“I just wanted to say thank you and let you know how much you’re appreciated by me and thousands of other people,” said actor Patricia Heaton, echoing the words of many others in the video who lauded Sinise’s dedication to the military community.

Sinise seemed overwhelmed and touched by the outpouring of love highlighted in the video. He took to Twitter to express his emotion.

Completely shocked and speechless by this surprise video. Incredibly touched and grateful by everyone’s support. I’m crying, so choked up, I thought I’d share. https://t.co/Q0j2C1hWLu via @YouTube

“Completely shocked and speechless by this surprise video,” he tweeted. “Incredibly touched and grateful by everyone’s support. I’m crying, so choked up, I thought I’d share.”

The Gary Sinise Foundation encourages anyone who wants to pay it forward by sharing the video on social media, along with their own comment explaining why they are #GratefulLikeGary for someone in their life.

You can learn more about how to support Sinise’s foundation here.