People are often joking when they say, “Everything is bad for you these days,” but, unfortunately, that statement is surprisingly true.

There are a number of habits people engage in everyday that seem harmless but can actually be just as unhealthy and bad as smoking. Here are six of those unhealthy habits with a couple of tips on how to avoid them.

Even if you exercise regularly, sitting down for long periods of time is really bad for you, according to Prevention. The Alberta Health Services-Cancer Care in Canada found that inactivity is linked to nearly 160,000 cases of breast, colon, prostate, and lung cancer every year, which is about two-thirds as many cancer cases caused by smoking.

How To Fix It: Try to get up from your desk regularly at work, or invest in a standing work station either in your office or at home. At the end of a long day of work done mostly sitting down, try to go for a walk rather than veg out on the couch for hours. Maybe even spend a few minutes cleaning up halfway through your nightly Netflix episode(s).

Apparently every hour of TV you watch after the age of 25 decreases your life expectancy by 21.8 minutes, according to Shape. But, OK, OK—it’s not the actual television that’s killing you; it’s all that sitting! So, return to point one for what the actual health effects of that can be.

How To Fix It: Try to get up regularly if you are trying to catch up on a show. Take a walk around the block partway through a show, or make yourself something to eat. Or, you could even make a phone call and pace around the house or simply take the call standing up. Just make sure you’re breaking up your TV watching so that you aren’t left inactive for too long.

After giving up soda about three years ago, I can tell you that I definitely don’t miss it. Studies have shown that consuming sugary drinks like soda or extra-sugary foods can greatly increase your risk of cardiovascular disease, according to Science Daily. There’s about 35 grams of sugar in a can of regular soda, and that adds up fast if you have one every day with your lunch.

How To Fix It: Switch to water—it’s simple, healthy and cheap. If you absolutely need something flavored, try making yourself a smoothie, or try buying a Sodastream, which makes flavored water with the carbonated texture you love in soda.

4. Consuming Too Much Meat And Dairy

Yes, I know, everyone loves their bacon. But humans weren’t built to process meat and dairy daily. Back in the day, before we produced meat on a factory scale, people ate meat on a delicacy standard. What they didn’t know was that the higher price and lower availability of meat was actually keeping them healthier.

A study published earlier this year in Cell Metabolism found that adults who consumed the highest level of protein were 74 percent more likely to die for any reason during an 18-year study, and four times more likely to die of cancer, according to Shape. Why? Because animal proteins are rich in IGF-1, which is a growth hormone that can promote the growth of cancer cells, according to Prevention. The author of the study also said the risks are comparable to those faced by cigarette smokers.

How To Fix It: Challenge yourself to join the Meatless Mondays campaign, or just attempt to have one meal a day where you don’t eat any meat. Starting small will help you see that it’s actually pretty easy—and much cheaper!—to go without meat regularly.

Health experts have agreed on this for a long time now: indoor tanning will greatly increase your risk of skin cancer and cause premature aging. Specifically, a recent study in the Journal of the American Medical Association estimated that indoor tanning causes roughly 420,000 cases of skin cancer every year in the U.S.

Smoking causes 226,000 cases of lung cancer, according to Prevention. The Skin Cancer Foundation also found that people who use indoor tanning beds before age 30 can increase their risk of melanoma by up to 75 percent.

How To Fix It: If you really want a natural glow, Prevention suggests eating more carrots and tomatoes, which are rich in carotenoids that boost your skin tone. Also try to moisturize your skin regularly to keep a natural glow. If you hate the oily feel of lotion, then I suggest baby oil gel.

Apply it to wet skin just after a shower and then dry off as you normally would. If you just need a year-round bronze, then shoot for one of these natural and organic bronzers and self tanners, courtesy of Fashion Magazine. Some self-tanning lotion is full of sketchy processed ingredients that don’t belong on your skin. 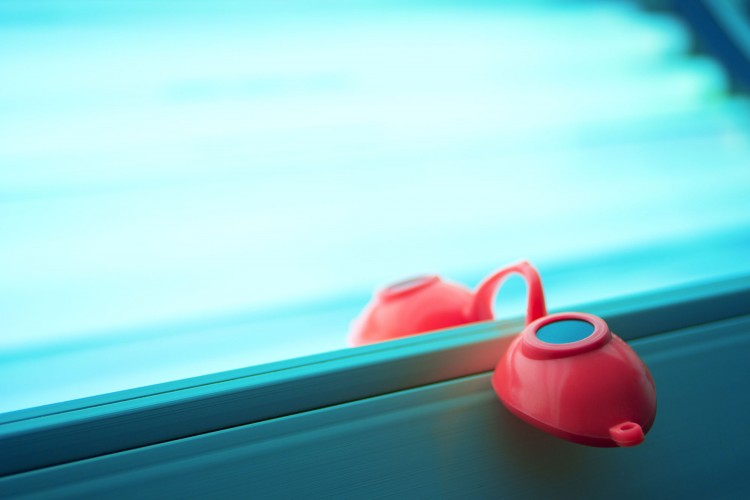 6. Not Getting Enough Sleep

Repeated sleep deprivation can cause high blood pressure, heart attacks, strokes and obesity, according to Prevention. Studies have found that not getting at least six or seven hours of sleep each night led to mortality rates comparable to those found in cigarette smokers. Further, interrupting your sleep cycle between light sleep and deep sleep can contribute to tumor growth.

How To Fix It: I know, I’m laying it on pretty heavy here, but you need sleep! If you think there’s a condition interfering with your sleep, then see a medical professional.

If you simply aren’t letting yourself get to bed early enough, then you should make some schedule changes. If you can’t do that, maybe meet with a therapist to discuss how you can make time for sleep, because it’s pretty crucial to living!