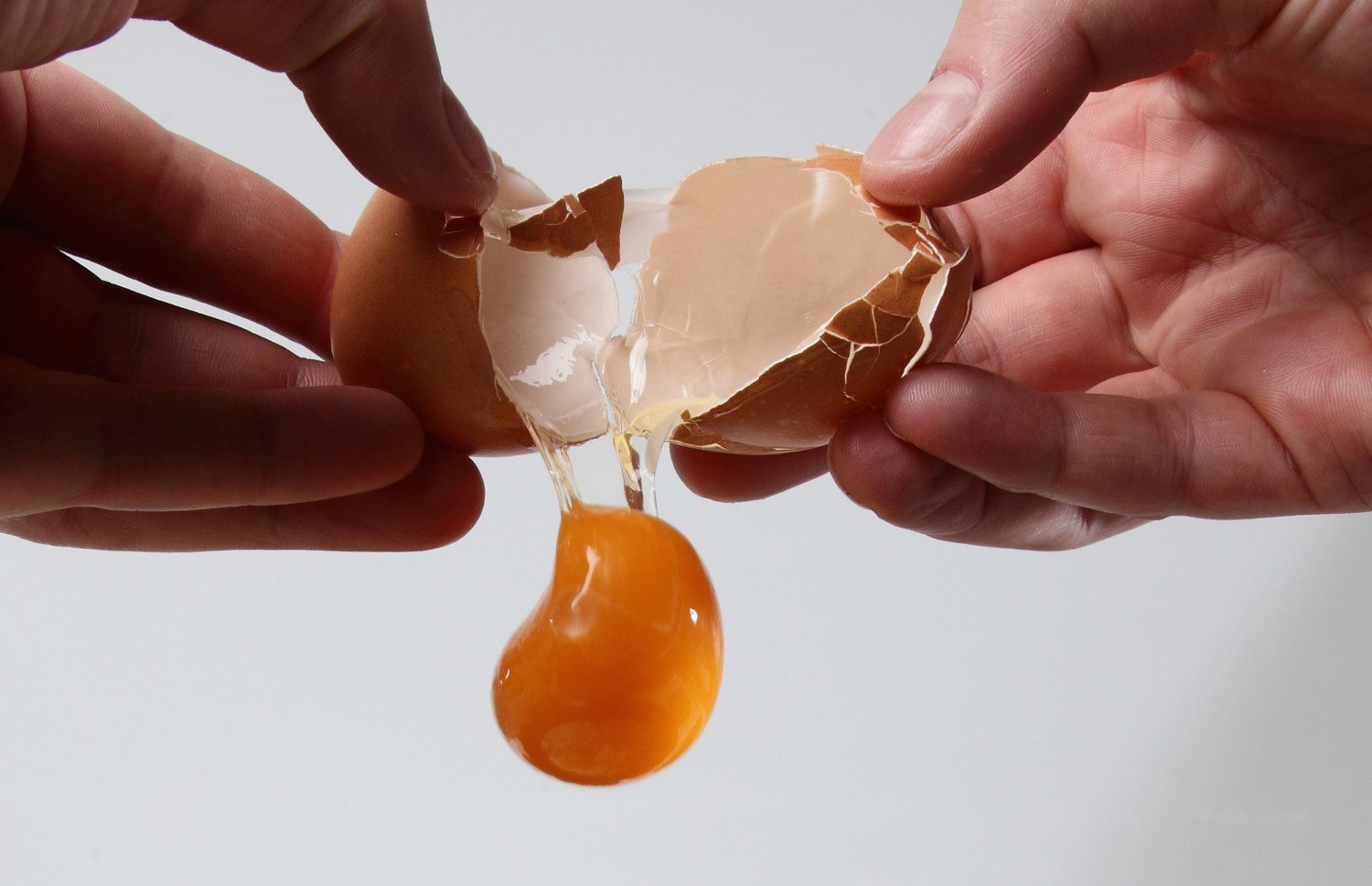 It’s Sunday morning and you’re in the mood for eggs. You head to the kitchen, grab a pan, swirl around a melted pat of butter inside and crack one onto the sizzling surface. But wait! There are weird brown spots in it! Gross! What are those? Well, they’re blood spots. But before you get even more grossed out and pitch your cookware in the garbage, let’s explain.

First of all, the blood isn’t from the egg-laying hen herself, or from a microscopic chicken fetus inside the egg. It hasn’t been fertilized and it is still totally safe to eat. But if all this is true, then what are they and where do they come from?

These egg spots come from the “rupture of a blood vessel on the yolk surface when it’s being formed or by a similar accident in the wall of the oviduct in the hen’s reproductive tract,” according to the Egg Safety website. So blame it on the hen.

Also, these spots often mean the egg is fresher. That’s why you rarely see them in eggs from the grocery store—those have been sitting around for awhile before they ever get to you. But according to Eggland’s Best, “as an egg ages, the yolk takes up water from the albumen [egg white] to dilute the blood spot so, in actuality, a blood spot indicates that the egg is fresh.”

There’s also the matter of brown eggs having blood spots more often than white eggs. What’s that about? Part of it has to do with the fact that despite every egg being “candled,” a process where a light shines through the shell to check for imperfections before going to the store, brown shells are much harder to see through than white.

Part of it is that blood spots are more likely in heavier breeds of chickens, and “all brown egg breeds are heavier than a White Leghorn layer [the most common egg-layer in the US],” according to Craig Coufal, associate professor and extension specialist at Texas A&M University Agriculture & Life Sciences Department of Poultry Science.

So there you have it: If you find brown spots, no need to worry. But if the aesthetic bothers you, maybe make scrambled eggs instead of sunny side up.