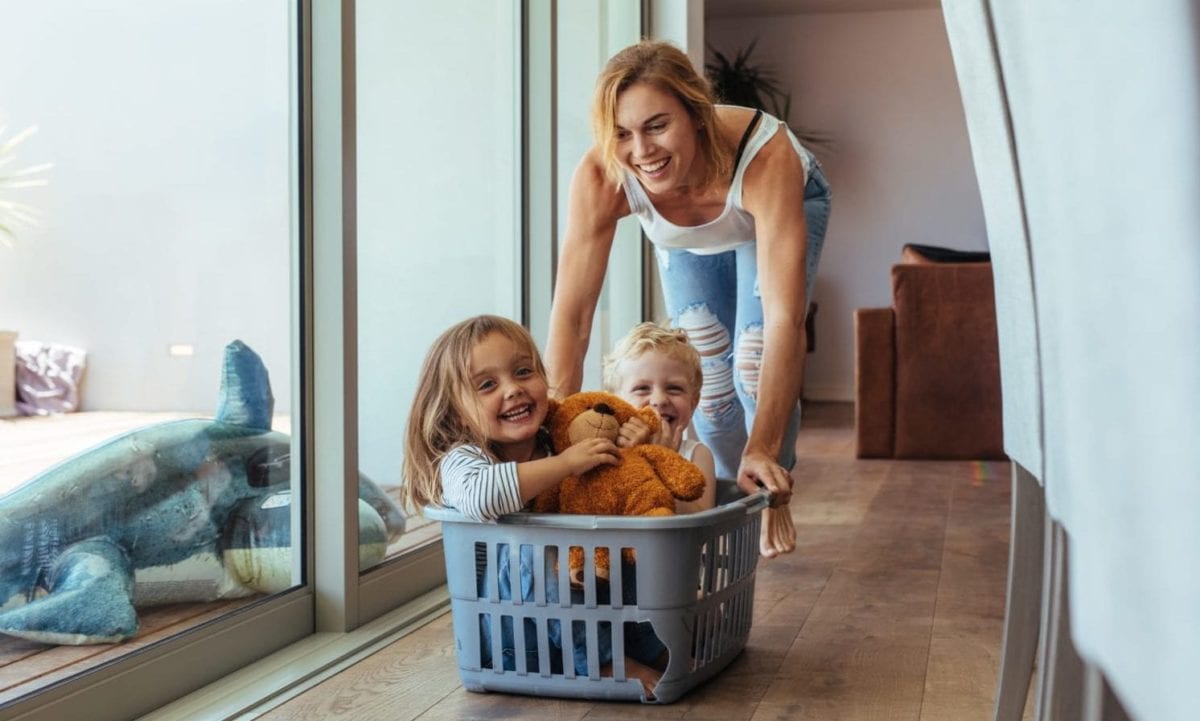 Many say that there’s no harder job than that of being a mom. But in reality, it’s also an unpaid job with never-ending hours — hours that often go unnoticed and unappreciated.

Well, the researchers at Salary.com have decided to put an end to that. They studied the most common jobs moms perform each day —  tasks like educating, diet planning, housekeeping, emotional caretaking, event planning and more. They then calculated what the salary for a stay-at-home mom would be if she earned money for those duties.

Wow. That’s almost the same amount an internist or an attorney makes.

As this research points out, moms undertake a wide variety of tasks that put them in a bunch of different roles — like doctor, negotiator, chauffeur, teacher and therapist. They clean house, handle laundry, tend boo-boos, and keep everything running.

While it’s impossible to quantify their most important job of all (being a safe place and a source of unconditional love and strength for their children), it’s nice to know that the work of moms is being recognized and valued by someone!

Still, there’s work to be done when it comes to creating equality in the home and ensuring that women don’t carry the lion’s share of the household duties. Recent research shows that even as young women work more hours and earn more than ever in their professional careers, they’re still in charge of most of the housework.

The U.S. Bureau of Labor Statistics notes that on an average day, 84% of women worked on household activites such as cooking, housework, or lawn care while 69% of men did the same. Women spent about 2.6 hours on these activities, while men spent 2 hours. Men tend to do more food prep and lawn care as compared to housework.

“When we talk about things like the wage gap, it’s often not linked to what’s happening in the home, and I think it needs to be, because of that unpaid labor that’s really a central part of people’s work-life balancing,” Melissa Milkie, professor of sociology at the University of Toronto, told CNN. “With women, the cost is borne in their career or their wages when they’re doing more in the home.”

Meanwhile, the research shows that men spend more time playing games, exercising and enjoying leisure activity when compared to their spouses. According to the Bureau fo Labor Statistics, men tend to spend 49 minutes more doing leisure activities than women in a given day.

Research also says that more women are opting to become stay-at-home moms. A 2014 Pew research study found that about 60% of Americans still believe that having a parent at home is better for the kids; 29% of moms are staying home for their families, which is up 6% from 1999.

And moms who stay at home do more housework and childcare than their working counterparts — but they also get more leisure time and more sleep.

However, stay-at-home moms do often consider going back to work. A Reach Advisors study found that 57% of moms want to do that someday. This may be because they suffer from anger and depression slightly more than their working counterparts.

Of course, none of these findings are any surprise to any mom in any walk of life!