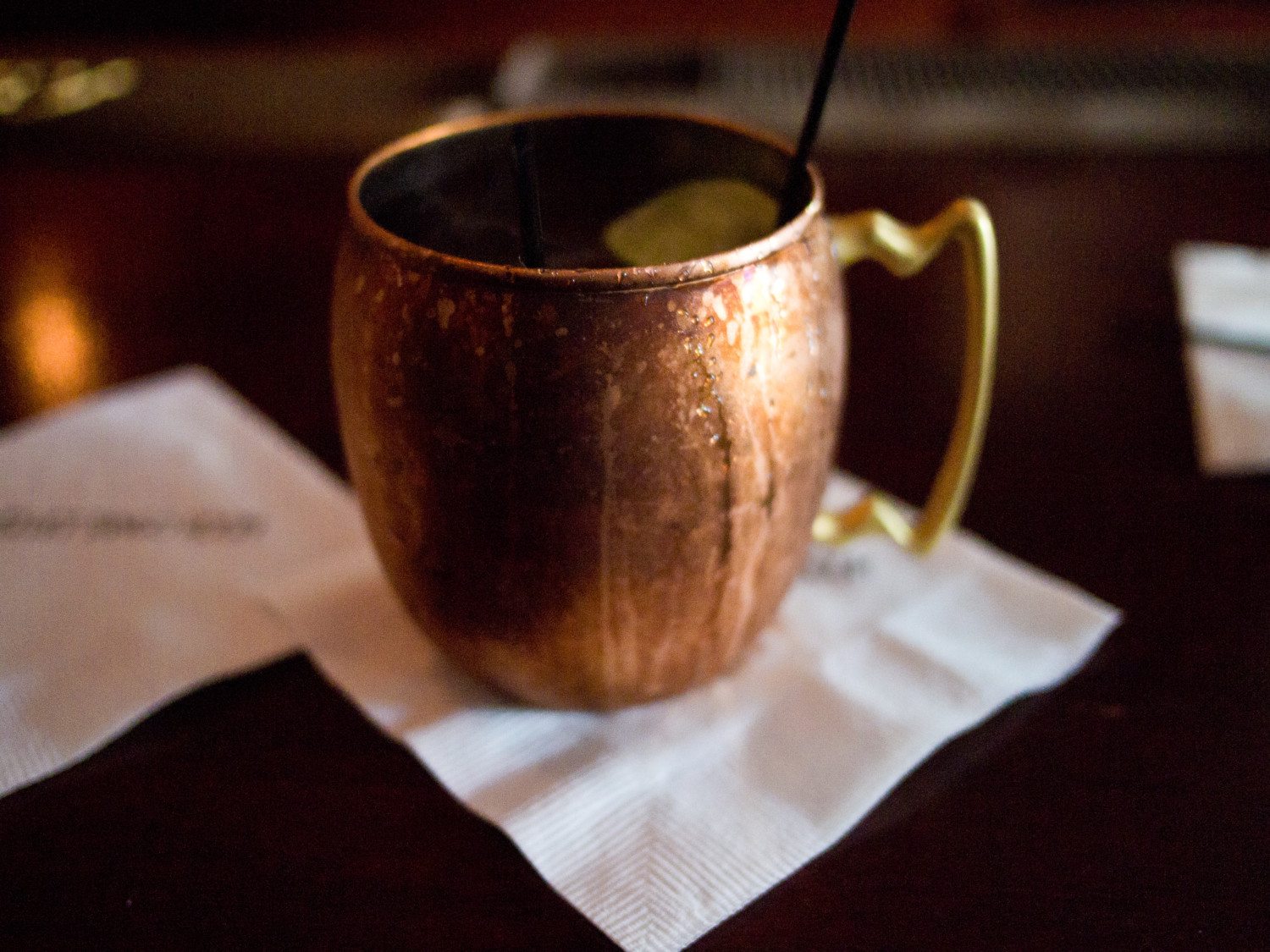 If you’re a fan of the popular cocktail Moscow Mule, you know that it’s usually served in a copper mug.

Now a law in the state of Iowa has made this practice illegal. Lawmakers’ reasoning is that the combination of the copper in the mug and the acidity of the beverage could possibly cause copper poisoning.

The History Of Moscow Mules

A Moscow Mule cocktail is usually made with vodka, ginger beer and lime (sometimes a spring of mint is added as well). The drink became popular in the U.S. in the 1940s, and is credited with helping to secure vodka’s place in American liquor cabinets.

As legend has it, the reason the drinks are served in copper mugs in the first place is just a coincidence. A Russian immigrant, Sophie Berezinski, came to California with 2,000 copper mugs she had designed in her father’s copper shop. Owners at the Cock ‘N’ Bull bar bought them back in the ’40s because they wanted something to make their drink stand out. They started to serve the cocktail in the mugs, and the trend caught on.

What To Know About Copper Poisoning

The new law in Iowa prohibits copper from coming into direct contact with foods or beverages that have a pH below 6.0, and a traditional Moscow Mule falls well below that. Other low-pH liquids that you should avoid drinking out of an all-copper mug include fruit juices and wine.

So if it can’t be served in the iconic copper mug, how will your Instagram followers know you’re imbibing the trendy cocktail when you post a snap of it? One solution is to use a mug that is copper on the outside but lined on the inside with another metal, like nickel or stainless steel.

What To Drink Out Of Instead

This nickel-lined option retails on Amazon for $19.99. Or there’s this all-stainless steel version on Amazon for $8, which is certainly a better deal despite lacking that classic copper coloring. And if you don’t care about aesthetics, go ahead and enjoy your Moscow Mule in a plain old glass. That’s what they’re doing at 11th Street Precinct in Iowa, and they haven’t had any complaints from customers.

“It doesn’t really affect us from a business standpoint and personally our opinion is it basically tastes the same no matter if they’re in the copper or glass,” Brooks told WQAD.

If vodka’s not your alcohol of choice, you could try the Kentucky Mule cocktail, which is made with bourbon instead. Add some ginger beer and lime, and you have a sweet but refreshing cocktail.

Copper-coated mug or not, drink safely!