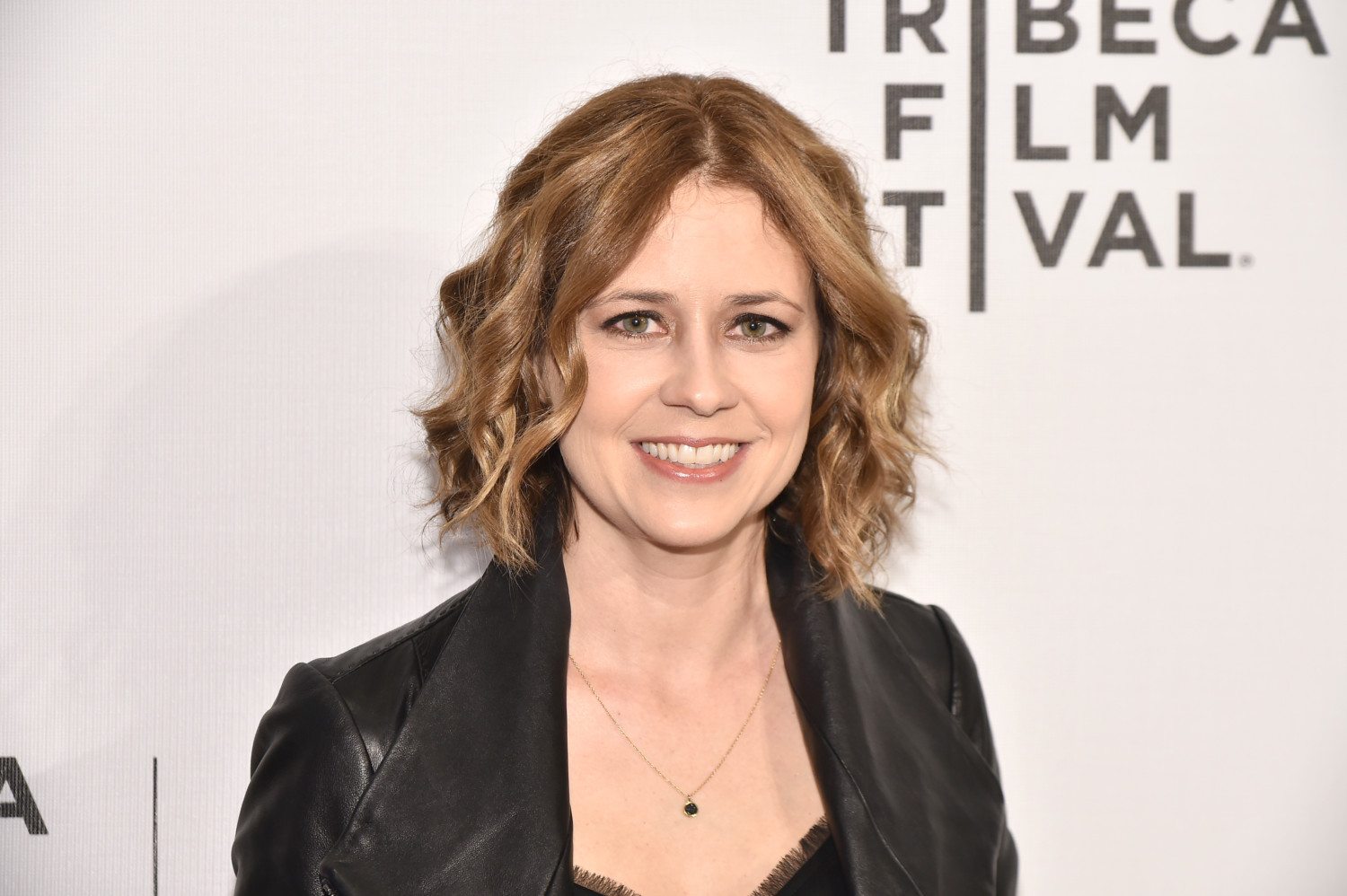 Before appearing on television, you want to make sure everything is just right. Alas, shortly before an appearance on “Jimmy Kimmel Live,” actress Jenna Fischer ran into a bit of trouble when her zipper broke. Although she panicked at first, she ultimately decided to roll with it and wear a towel as her top on the show. As they say in the business, “The show must go on!”

Fischer came out and gave a great interview, proving that she’s a true professional — wardrobe malfunction and all! Check out the funny clip below:

She really pulls it off!  Her hair and makeup are on point, and the towel paired with jeans is not a bad combination. “I am mentally a little freaking out that I’m on a talk show in a towel, but I’m physically very comfortable,” Fischer told Kimmel.

Fischer also made light of her mishap on Instagram, where she posted a photo of herself rocking the towel captioned with the hashtags “#towelblouse #fashiontowel #fashionimprov #kimmel.”

Fischer was there to promote her new show, “Splitting Up Together,” a sitcom about a couple who get divorced but take turns living with their kids in the family home. It airs on Tuesdays at 9:30 p.m./8:30 p.m. Central on ABC.