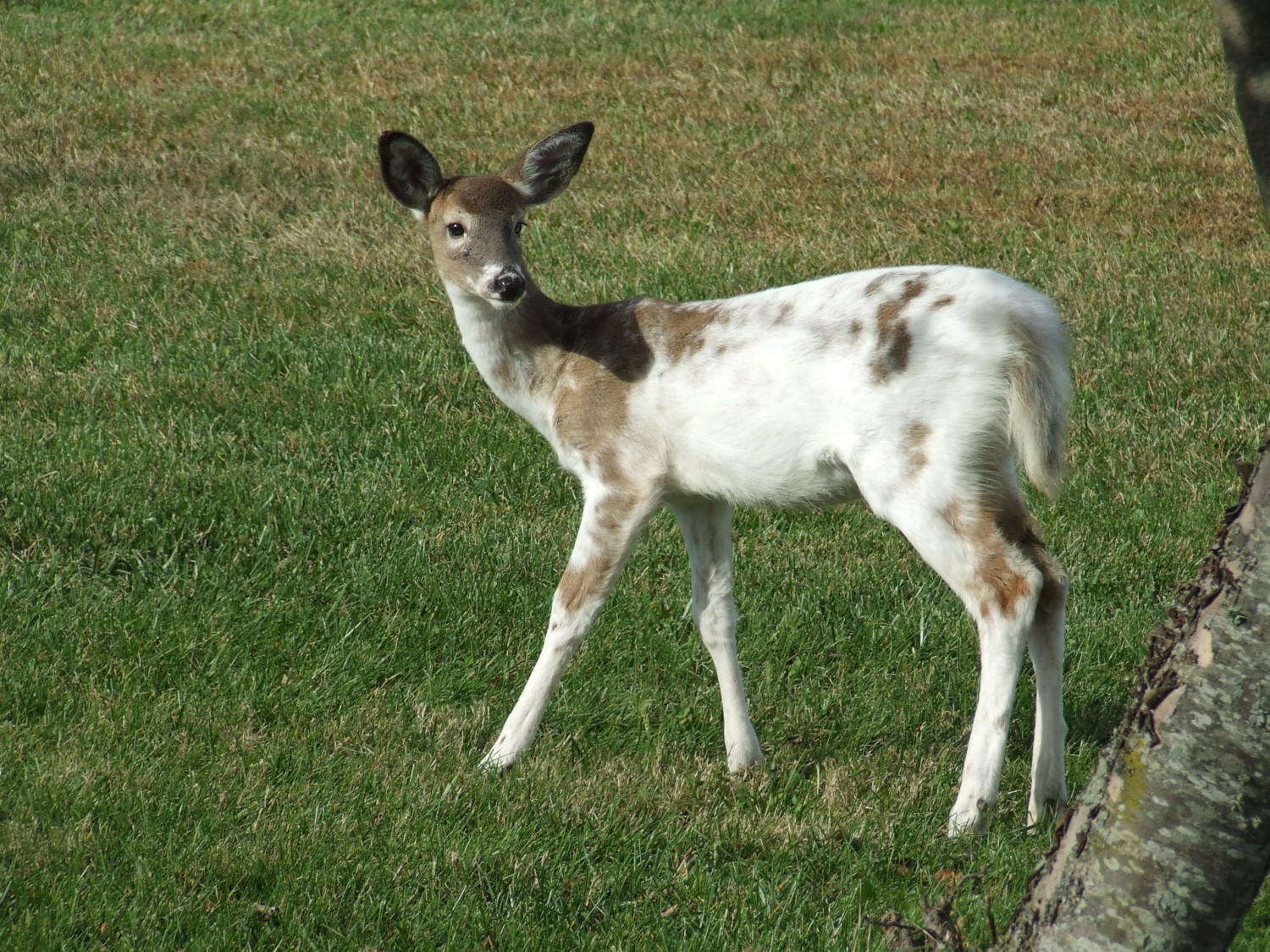 If you live in an area overrun by a growing deer population, the standard brown, white-tailed variety are a dime a dozen. But a piebald deer, with its distinguishable white markings, stands out like a unicorn, rare and beautiful.

Stunning photos of these piebald deer surface on social media from time to time, and they’ve sparked huge debates among hunters and animal activists alike: to shoot or not to shoot?

But what exactly is piebaldism? And how likely are we to spot a piebald deer in the wilderness?

I spoke with geneticist Dr. Daniel Fergus from the Genomics & Microbiology Research Lab at the North Carolina Museum of Natural Sciences to better understand what makes this deer so special. I learned that the designation of “piebald” comes from the word “pie,” short for magpie. When used, it’s intended to mean “mixed up” or “bald” (in reference to that white spot).

The piebald coloring is due to a genetic abnormality that leads to a lack of pigmentation in patches around the body. Piebaldism is a recessive trait; both parents must carry the recessive gene for there to be a chance that they will produce a piebald fawn. It makes this condition extremely rare, affecting less than 2% of the white-tailed deer population.

While they may seem similar, Fergus says that the genetic causes of piebald individuals are not the same as those that contribute to albinism. To spot the difference, look at the eyes. Albino deer have pink eyes, a pink nose and pink-hued hooves, while piebald deer have brown eyes and a brown nose, with black hooves.

In addition to its rare coat, a piebald deer will likely have other issues, including:

According to Fergus, this is because of pleiotropy, wherein one gene regulates multiple traits. For example, a single gene can play a role in pigmentation, as well as in the growth of bones in the developing deer. These sometimes crippling genetic mutations, along with the bright white color, makes it that much more difficult for piebalds to survive into adulthood.

Perhaps even more fascinating, piebaldism isn’t limited to deer. This genetic abnormality actually occurs in many different animals, including humans.

Piebald horses, also known as painted or colored horses, are perhaps the most recognizable of the piebald variety.

Piebaldism is also present in many dog breeds, including cocker spaniels and dachshunds:

Even the bald eagle gets its name as part of this illustrious piebald group.

This is only a small sampling. Have you ever spotted a piebald animal?