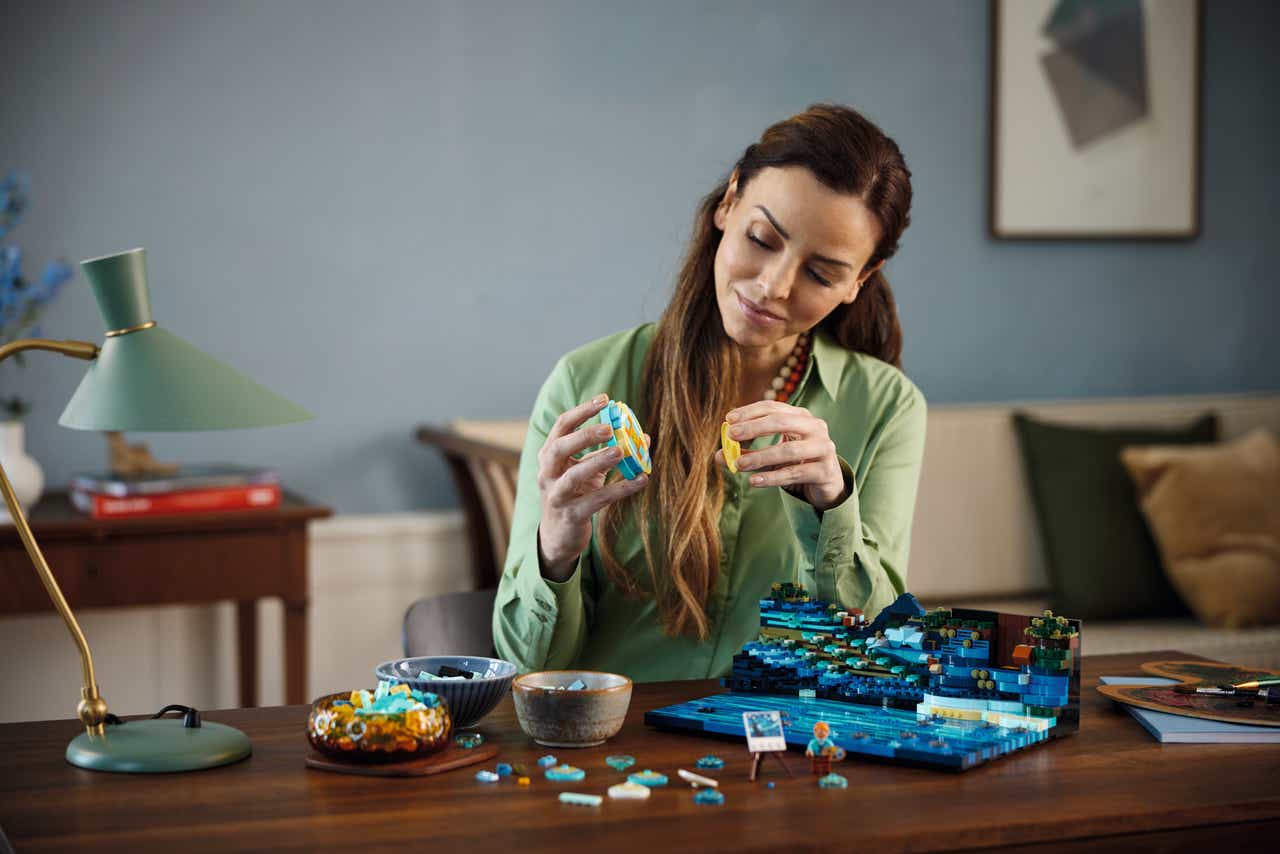 The latest Lego masterpiece reinterprets van Gogh’s unique oil on canvas from 1889 in bricks that bring the swirling clouds and rolling hills to three-dimensional life.

The finished product measures 12 inches high, 15 inches wide and five inches deep. Not only does the set produce a Lego-framed version of the famous painting, but it also includes a van Gogh minifigure, paintbrush, palette and easel.

Truman Cheng, a 25-year-old Hong Kong-based Lego fan, submitted the design through the Lego Ideas platform. It was created in conjunction with the Museum of Modern Art in New York (MoMA), where the original painting is on display.

As with most Lego model sets, The Starry Night (No. 21333) is tremendously detailed. The 3D set emphasizes the artist’s brush strokes and colors. The village beneath twinkling stars was inspired by the view from van Gogh’s window at the Monastery of Saint-Paul de Mausole asylum in Saint-Rémy, France, where he spent twelve months.

“It was a was a good brain tease to come up with tricks and techniques to capture the look of the original painting,” Cheng said of his design in a statement. “The brushwork goes into many directions in the moon and the swirling cloud, so there was some creative use of bracket and clip elements involved.”

Lego has also launched a competition online and at stores in select countries (not including the U.S.) asking fans to submit their own mini builds inspired by the night sky. Winning designs will be displayed at MoMA this summer as part of a lobby installation. Entries will be accepted until June 30.

“At MoMA, we celebrate the opportunity to connect art and audiences, and are thrilled to be part of a new way to experience van Gogh’s work, and to inspire the creative impulse in people of all ages,” Sarah Suzuki, associate director of MoMA, said in a news release.

The set will be available to Lego VIP members (free to join) and MoMA members on May 25, 2022. After that, it will be on sale everywhere else on Lego.com, in Lego stores, at the MoMA Design Store in New York City and online at store.moma.org for $169.99.