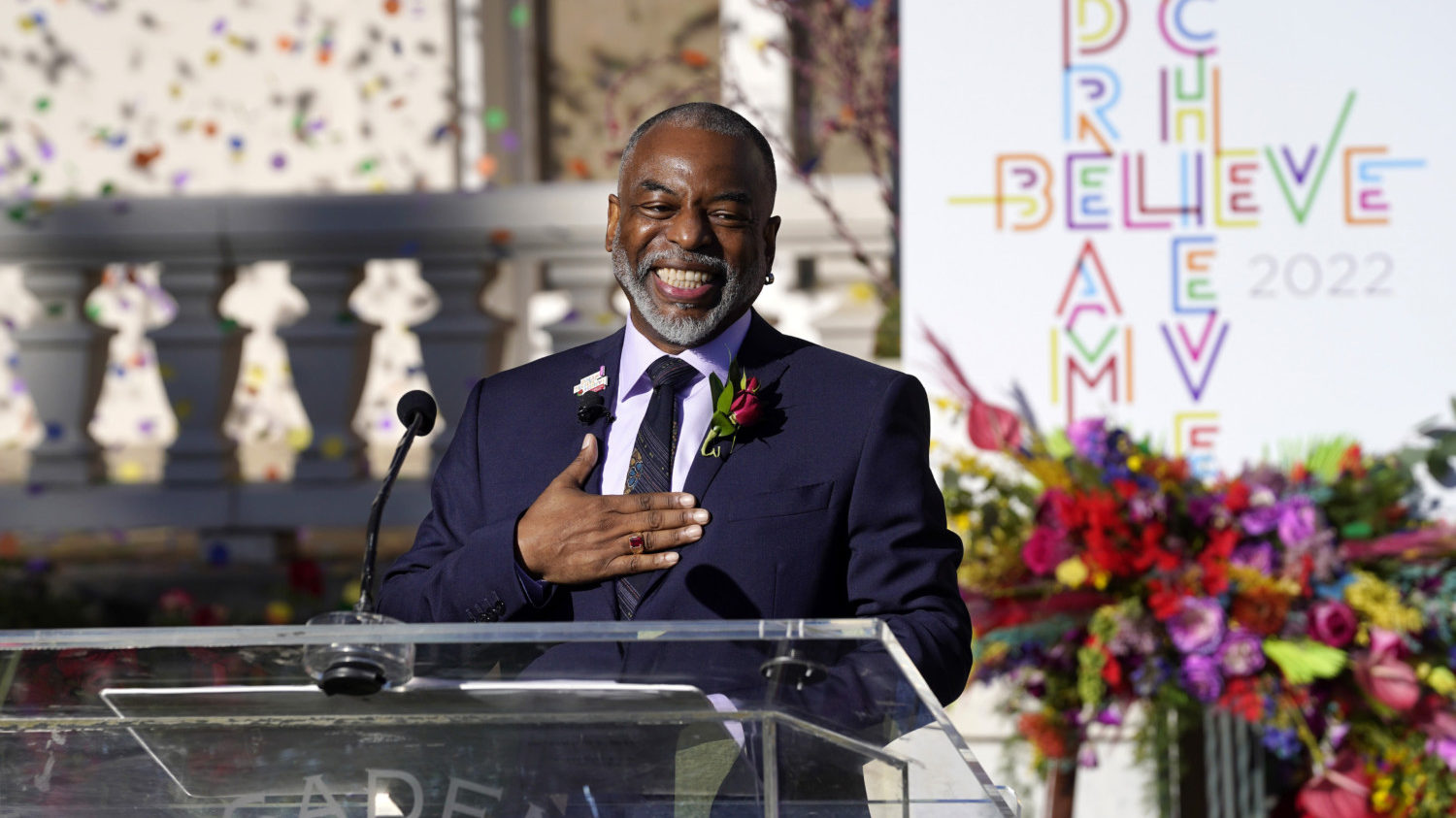 LeVar Burton has encouraged reading for decades. He hosted “Reading Rainbow” on PBS for 26 years, promoting a love of books to children in school and at home. In addition, he has hosted a podcast reading short fiction, live-streamed book readings during the pandemic and launched his own book club.

Now the literacy advocate is urging readers of all ages to pick up some specific titles. In a skit for “The Daily Show with Trevor Noah” from Tuesday, Feb. 15, the host and actor called for viewers to stand up to book bans with one simple act: Reading.

Burton spoke directly to the audience in the skit, which “The Daily Show” shared on Twitter. Note: Burton uses a swear word at the end of the clip.

“Hey, y’all. LeVar Burton here, and I am so excited to read with you today,” Burton stated in the clip, displaying a children’s book by Nikki Giovanni. “Our first selection is called ‘Rosa.’ And it’s the story of Rosa Parks, who…”

Then, he was interrupted by a snowy screen with a “Content Violation” notice.

“So, as it turns out, that book is banned because reading about segregation is divisive,” continued Burton.

With all these book bans, @levarburton's life just got a lot more difficult pic.twitter.com/hkaa3jH0uB

He starts to recommend two other books — “And Tango Makes Three” by Justin Richardson and Peter Parnell and “Hop on Pop” by Dr. Seuss — only to be informed that those have also been banned.

“And Tango Makes Three” is a 2005 picture book about two male penguins who raised a chick together at the Central Park Zoo. Based on a true story, the book has been challenged for years, with complainants calling it “unsuitable for young children” or saying it has “homosexual overtones.”

In 2014, some Toronto Public Library patrons asked that the book “Hop on Pop” be removed from library shelves because it “encourages children to use violence against their fathers.”

Burton’s closing sentiments echoed “The Daily Show” host Trevor Noah’s monologue, in which Noah said that the current censorship push might not be a true concern for young minds, but is instead a “bad faith argument” meant to widen cultural differences and divide the country further.

“All right, listen, there are plenty of books to choose from,” Burton said. “But you know what? No. Read the books they don’t want you to. That’s where the good stuff is.”