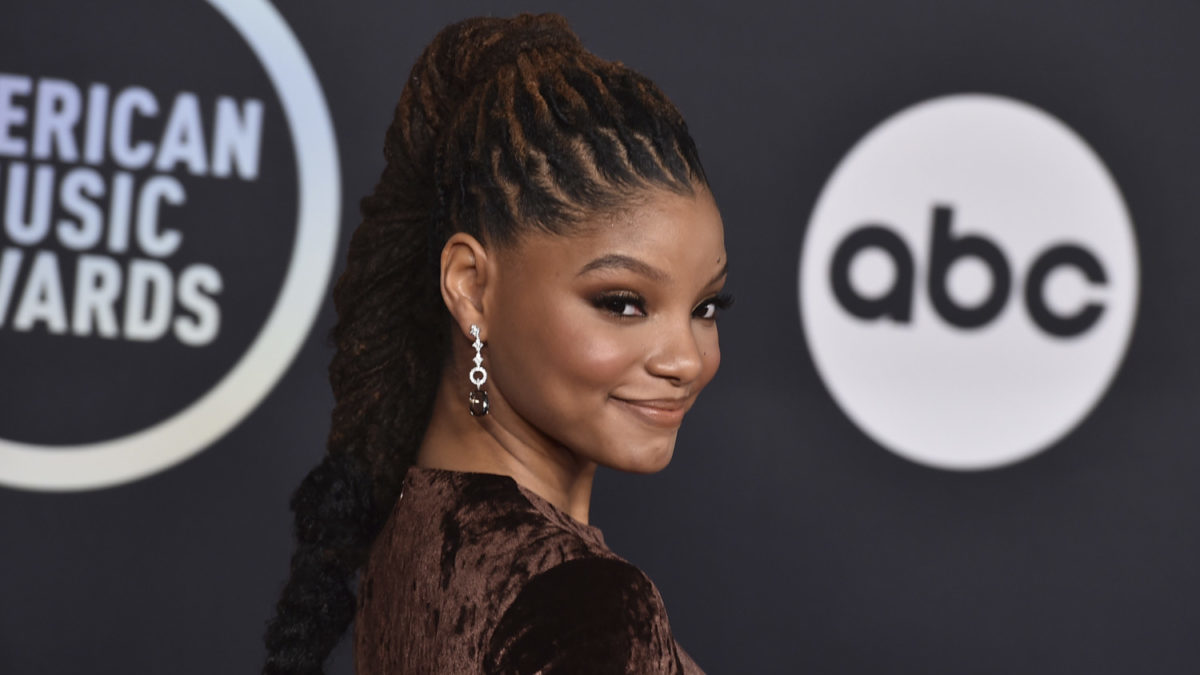 Disney debuted the trailer for its upcoming live-action remake of “The Little Mermaid” at its biennial D23 expo. For the first time, audiences had a chance to see “Grown-ish” star Halle Bailey in the title role of Ariel.

It’s been about three years since Disney first announced Bailey had been cast as the teen mermaid who wishes to be part of the human world. Since then, fans have been eagerly waiting for a glimpse at her in costume. Walt Disney Studios made those wishes come true on Sept. 9 by releasing the movie’s first teaser trailer, which not only gives us our first look at Ariel as played by a Black woman but also showcases Bailey’s beautiful singing voice in the classic song, “Part of Your World.”

Out of the sea, wish I could be… part of that world.

Disney's The Little Mermaid is coming to theaters May 26, 2023. pic.twitter.com/lUw5BmYRK5

As expected, seeing Bailey embody such a popular character that was previously depicted as white set off a tidal wave of reactions across social media — but these included a uniquely heartwarming twist. Parents of children of color quickly started posting reaction videos of their little ones seeing “The Little Mermaid” trailer and marveling at how one of Disney’s most popular characters now looks like them.

TikToker @nickyknackpaddywack had one of the best when she shared a touching blind reaction video of her daughter, Maya, watching the trailer.

“Mommy!” the girl exclaimed with a smile as she turned around to look at her mom. It took a moment for the realization to sink in as she points to the TV, but then she says exactly what she’s thinking, “She’s brown like me, Mama!”

The emotional reactions to seeing a Black Ariel aren’t just coming from the youngest generation of Disney fans. Even older Disney lovers couldn’t contain their joy at seeing the new take on such a beloved princess. TikToker @workingmama called her daughters in to watch the trailer and their responses were so emotional when they finally saw Ariel, who isn’t revealed until the end of the clip.

Before seeing Bailey on the screen, the older girl commented on how beautiful her voice sounded. But once the reveal happened, the magic came rushing to the surface and caught her mom by surprise.

“She’s Black!” the girl shouted with joy. “Mama! She’s Black! What?! Mama! They made a Black Ariel!”

Days after countless people shared their children’s reactions, the 22-year-old actor who is breaking down barriers shared her awe and gratitude for the support she’s received since the trailer debuted.

“People have been sending these reactions to me all weekend and I’m in truly in awe,” Bailey tweeted on Sept. 12. “This means the world to me.”

people have been sending these reactions to me all weekend and i’m in truly in awe ♥️this means the world to me 💗😭 https://t.co/cuKjKN8nxH

Disney’s animated version of “The Little Mermaid” was released in 1989 and featured Jodi Benson, who was 28 years old at the time and making her big-screen debut, in the title role. The popularity of the movie kicked off what has become known as the Disney Renaissance, a string of acclaimed animated movies that brought the studio back to the forefront of American entertainment.

Alan Menken, one of the composers of the animated version, collaborated with modern Broadway icon Lin-Manuel Miranda to add a few new songs that will be used in the live-action version. But Miranda says not to worry about any of the classic sing-alongs being dropped.

“We wrote three or four original tunes, replacing none of the ones you like,” Miranda told Variety in a Feb. 17 interview. “There’s no bigger ‘Little Mermaid’ fan than me.”

The live-action “The Little Mermaid” will swim into theaters on May 23, 2023. It will also star Melissa McCarthy as Ursula the Sea Witch, and “Hamilton” star Daveed Diggs as the voice of Sebastian the crab.