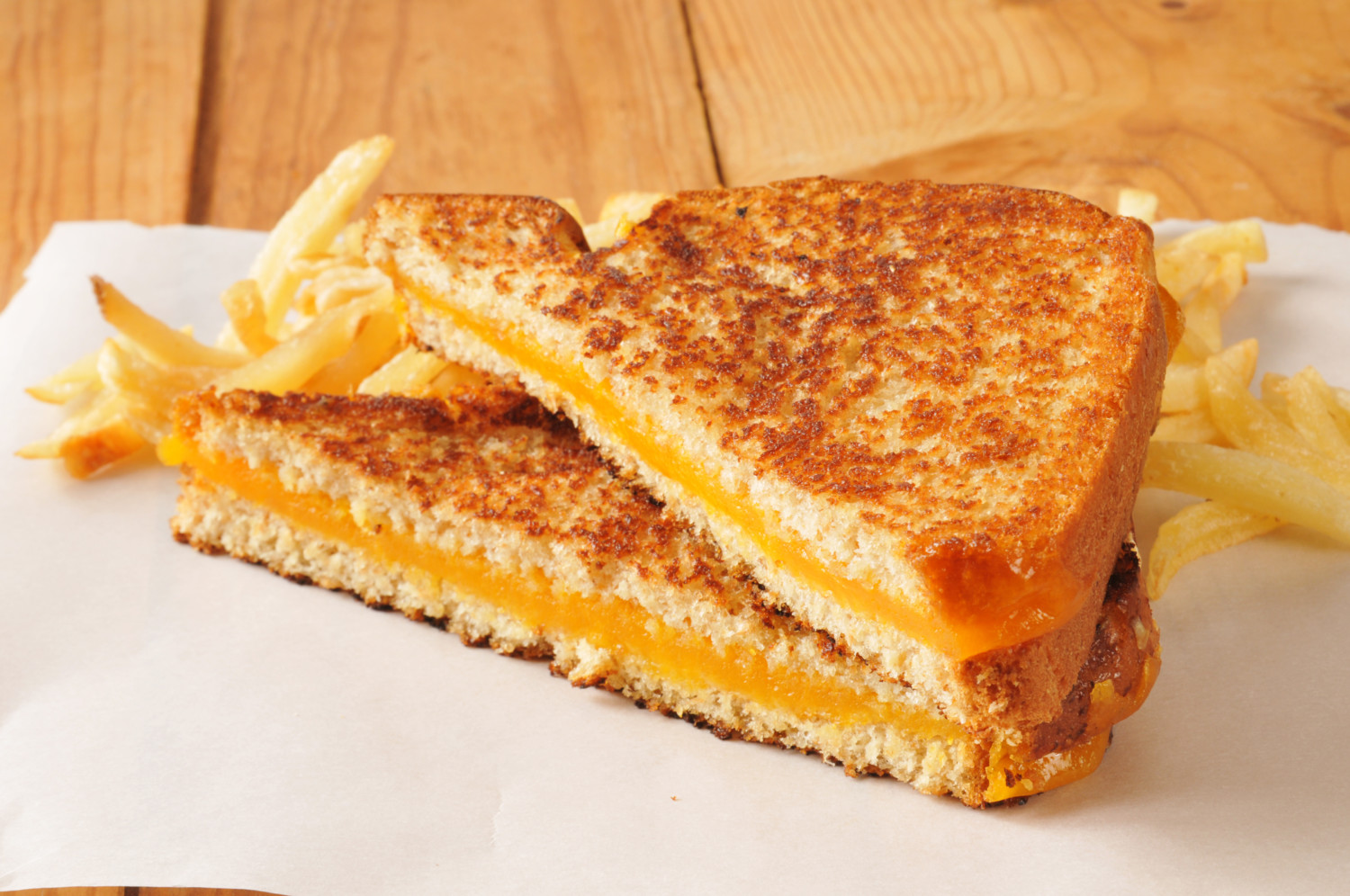 The unassuming grilled cheese sandwich has been a favorite staple in homes and restaurants throughout the United States for more than 100 years. What’s not to love? There’s something so comforting about buttery, toasted bread enveloping warm, melted cheese. They are simple to make as well. But what if it could be even faster and easier to sink your teeth into a hot grilled cheese sandwich or to whip them up for your kids?

Like so many air fryer owners, I’m always looking for the next tasty food to make in my air fryer. When I saw a trick for making grilled cheese in the machine, I wondered why I hadn’t thought of that. Then, I got right to the business of trying it out for myself.

I have a Ninja Foodi air fryer that is also a grill, so it’s shaped a little differently than traditional air fryers and has some extra features. But to test the grilled cheese hack, I only used the basic air fryer inserts and settings, including the cooking pot and crisper basket.

I decided to try three methods. In the first, I air-fried the sandwich in the basket, flipping halfway through as with many recipes. In the second, I put it directly in the cooking pot, also flipping partway through. And finally, I used a method that starts the sandwich cooking in the pot, but that’s followed with a quick turn in the basket.

For each method, I used the same basic ingredients, which were bread, cheese slices (I used Colby Jack, but you can use whatever you prefer) and softened butter. I buttered the outside of each slice of bread and made a sandwich with the cheese, as usual, then got cooking.

I cooked the first sandwich for about five minutes total. I actually flipped it a couple of times during cooking, as it didn’t really brown, so I wasn’t sure when it was done until I saw cheese oozing out. Although it didn’t appear very toasty, the bread felt crisp. The cheese melted nicely throughout, and the sandwich tasted fine, but the crust was rather hard, dry and almost crouton-like. Not necessarily a fail, but I wouldn’t call this one a winner, either.

The second sandwich also took about five minutes and only needed flipping once as the bread became noticeably golden brown. Biting in, I was pleased by the improvement over the first sandwich. It was toasty but not hard or crunchy, and the cheese was melted throughout. I chalked up this approach as a score.

I honestly didn’t think the third method would be even worth trying, but for the sake of research, I trudged ahead. I only left the sandwich in the cooking pot for about two-and-a-half minutes, as I didn’t want a repeat of the “croutonwich.” Then, I placed the crisping basket inside and cooked the grilled cheese for a little over a minute on each side.

When I sunk my teeth into the third sandwich, I realized it was worth the effort. The bread had an appetizing golden color, but the toasty outer layer gave way to soft slices filled with creamy, gooey cheesiness. The last bite was as delicious as the first, with no dry, hard outer edge.

Would I make a grilled cheese this way again? Not only do I plan to do so, but I’m already thinking of other mouthwatering grilled sandwich combos. Prep and cleanup were a breeze, and letting the kids help is safer and easier than with a frying pan. Grilled cheese in the air fryer is definitely a win in my book!

Will you try this method, too?