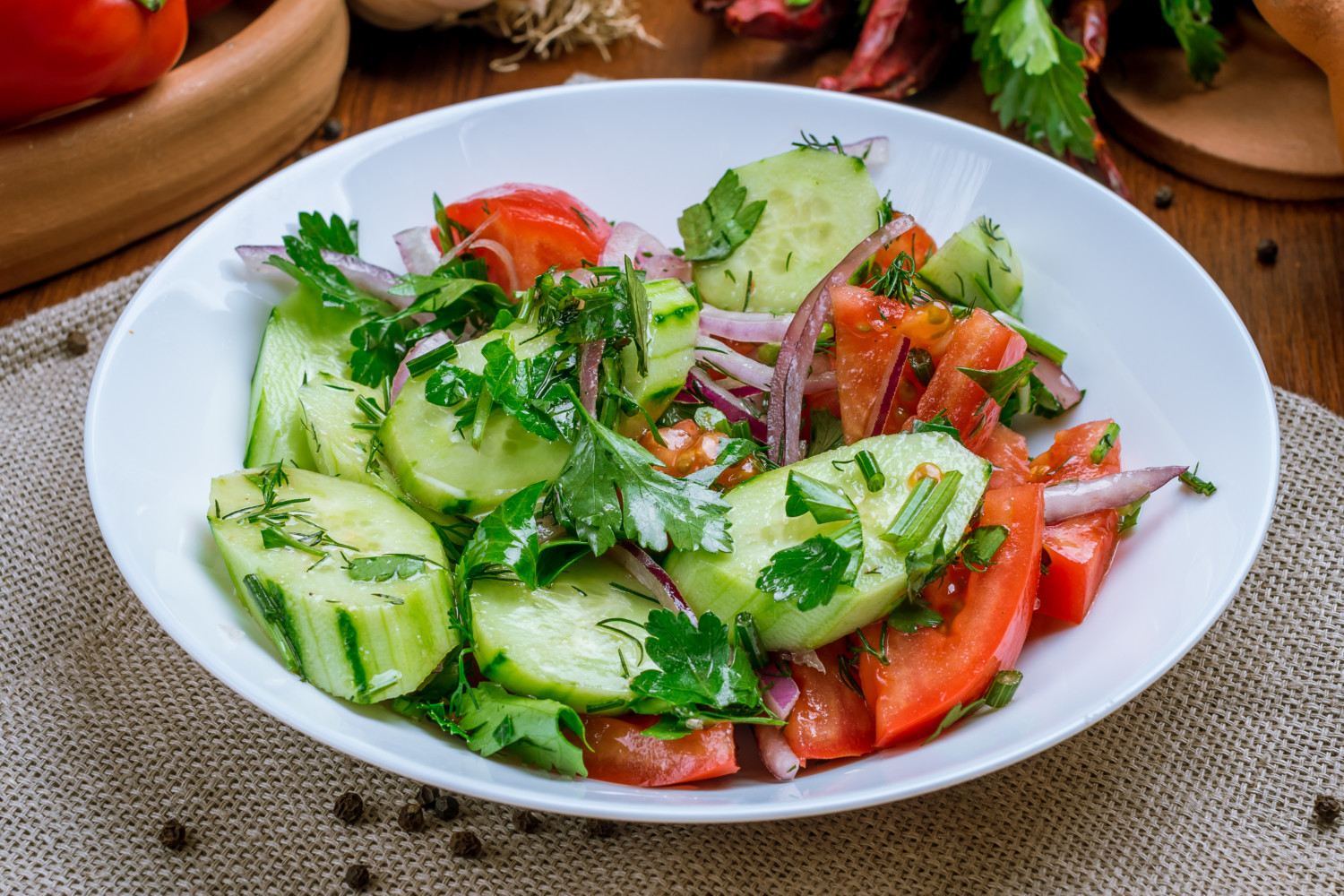 Tomato season is nearly upon us, which means the prime time for cucumbers is fast approaching as well. Late spring and summer are the best times to enjoy this light, flavorful produce, so now is time to start looking for recipes that will show off the natural taste and beauty of these healthy, colorful veggies.

(And yes, though they’re often called a fruit, tomatoes are in fact a veggie! Just ask the Supreme Court.)

With so much natural flavor, tomatoes and cucumbers don’t need heavy dressing or lots of added ingredients to make their taste shine. That is why we are loving this marinated cucumber-and-tomato salad recipe from MyRecipes. The marinade itself calls for water, white vinegar, olive oil, sugar, salt and pepper. It doesn’t get much easier than that!

The prep work for this recipe is simple and can be done hours ahead of time if you like. Find the full recipe on MyRecipes.

Trying to find other ways to spice up your tomatoes? Look no further than a recipe from Pioneer Woman Ree Drummond. She takes fresh, ripe tomatoes and creates a marinade of olive oil, balsamic vinegar and brown sugar, then tops it with a sprinkling of fresh parsley and basil.

The result is a flavor-forward veggie side that will perfectly accompany everything from grilled chicken to pasta to barbeque to hamburgers.

Looking for other ways to dress up cucumbers? We love this recipe on Epicurious, which was originally created by Rick Martinez of Bon Appétit. It features cucumbers, strawberries, pistachios and lemon cream. It’s a decadent but refreshing way to enjoy summer’s sweet produce.

You can make the lemon cream up to 8 hours ahead of time, so this is another recipe that lets you prep ahead just a little bit and then throw everything together quickly for dinner.

So, what have you been cooking up in your kitchen?