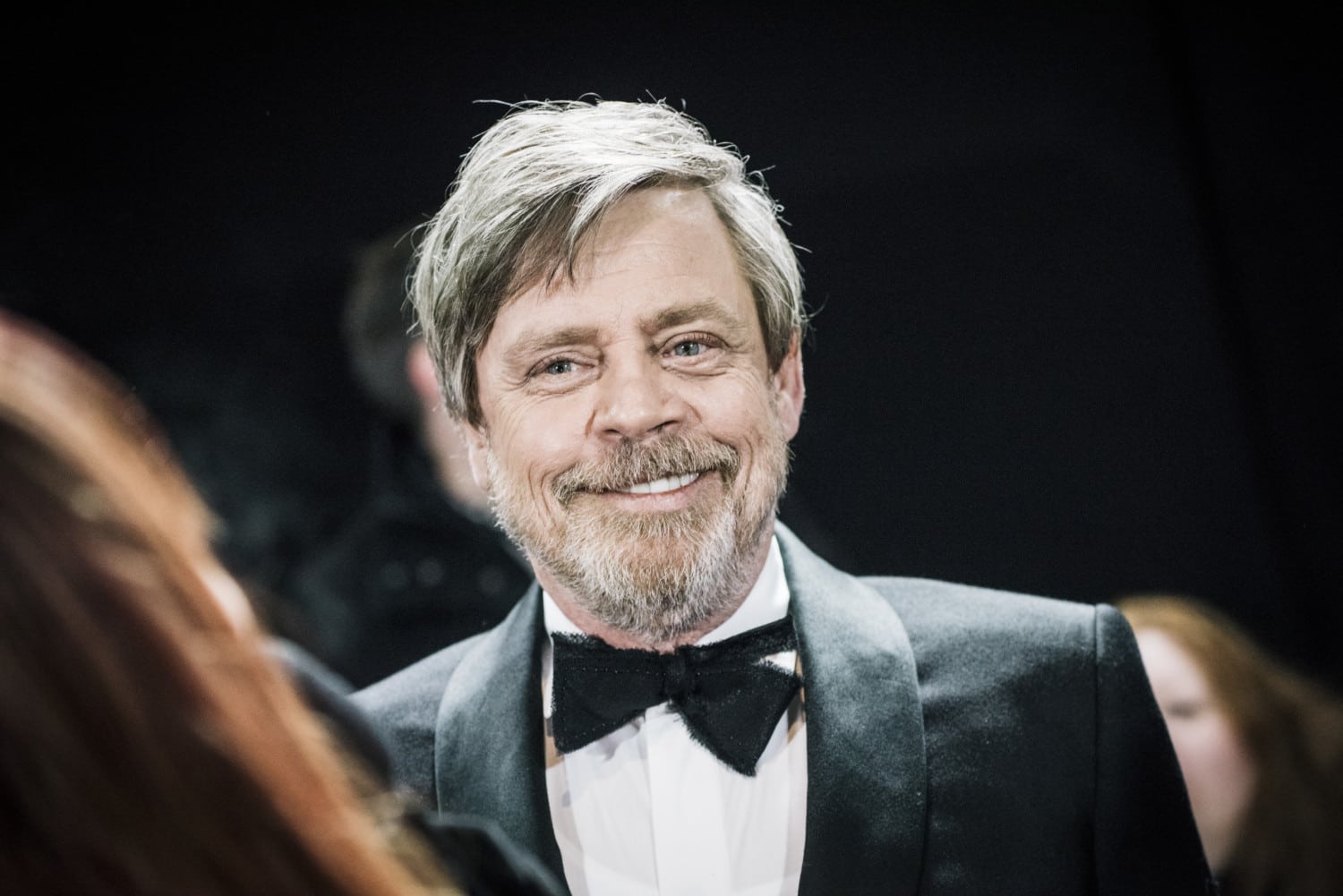 Mark Hamill may be easily recognizable to “Star Wars” fans — he did play Luke Skywalker, after all — but, he’s got a way to go completely unnoticed, even while visiting the sci-fi fan mecca that is Comic-Con International in San Diego.

While attending the event this year he dressed as a stormtrooper and went completely unnoticed. Brilliant!

The 66-year-old actor posted a photo of himself getting into costume on Instagram to serve as proof that he, in fact, was in attendance at Comic-Con, and he had an entire wishlist of things he hoped to accomplish since he was visiting as a fan, rather than a star:

“WISH LIST: A) Don’t arouse any suspicions it’s me because I’m too short for this costume B) Find that ultra-rare comic book I need to complete my collection C) Get @NathanHamill’s autograph (if I can find Booth #1415) D) Find the perfect nacho,” he wrote on Instagram.

See, Hamill’s just like the rest of us — he’s just a man on the hunt for the perfect nachos. Who could blame him?

And this wasn’t the only disguise Hamill wore during the event, either. Throughout the four-day expo he also disguised his true identity behind a newspaper:

He also dressed as a cop for the “Brooklyn Nine-Nine” panel:

Last, but certainly not least, he also posed as an orange-colored Darth Vader. He confirmed the news via Twitter:

“It’s true … ALL of it,” Hamill wrote in reply to a fan who’d unwittingly taken a photo of him.

Hamill isn’t the only A-Lister who’s attended Comic-Con in a totally incognito way, either. In 2017, Lupita Nyong’o of “Black Panther” visited Comic-Con as the Pink Ranger from “Mighty Morphin Power Rangers.” It’s fun to see celebrities having fun with their fans, especially in a setting as over-the-top as Comic-Con!

Over the years, Hamill has definitely been one to show his support for “Star Wars” fans. He even backed up a little girl who was scared to wear her “Star Wars” shirt to school, worried she’d be picked on for liking “boy stuff.”

Of course, Luke Skywalker couldn’t stand for that!

“Just tell her to feel free to use this gesture if her classmates give her any grief,” the actor tweeted. “‘Boy stuff?’ PLEASE! The Force is, & always will be strong with females here on Earth & in galaxies far, far away.”

Just tell her to feel free to use this gesture if her classmates give her any grief. "Boy stuff"? PLEASE! The Force is, & always will be strong with females here on Earth & in galaxies far, far away.
♥️- mh pic.twitter.com/lAI4AGr0sc

Hamill understands just how passionate “Star Wars” fans can truly be, and he feels he knows exactly why they love the franchise as much as they do.

“It’s classic escapism,” he told CNN earlier this year. “People want to get away from their dreary, humdrum lives. So, whether it’s Oz, Middle-Earth or Hogwarts, or a galaxy far, far away — it’s just a great way to get swept away to a place that’s more fun than where we are right now.”

Watch the interview below:

So if you ever make it out to Comic-Con, you never know who is hiding under that masked costume!