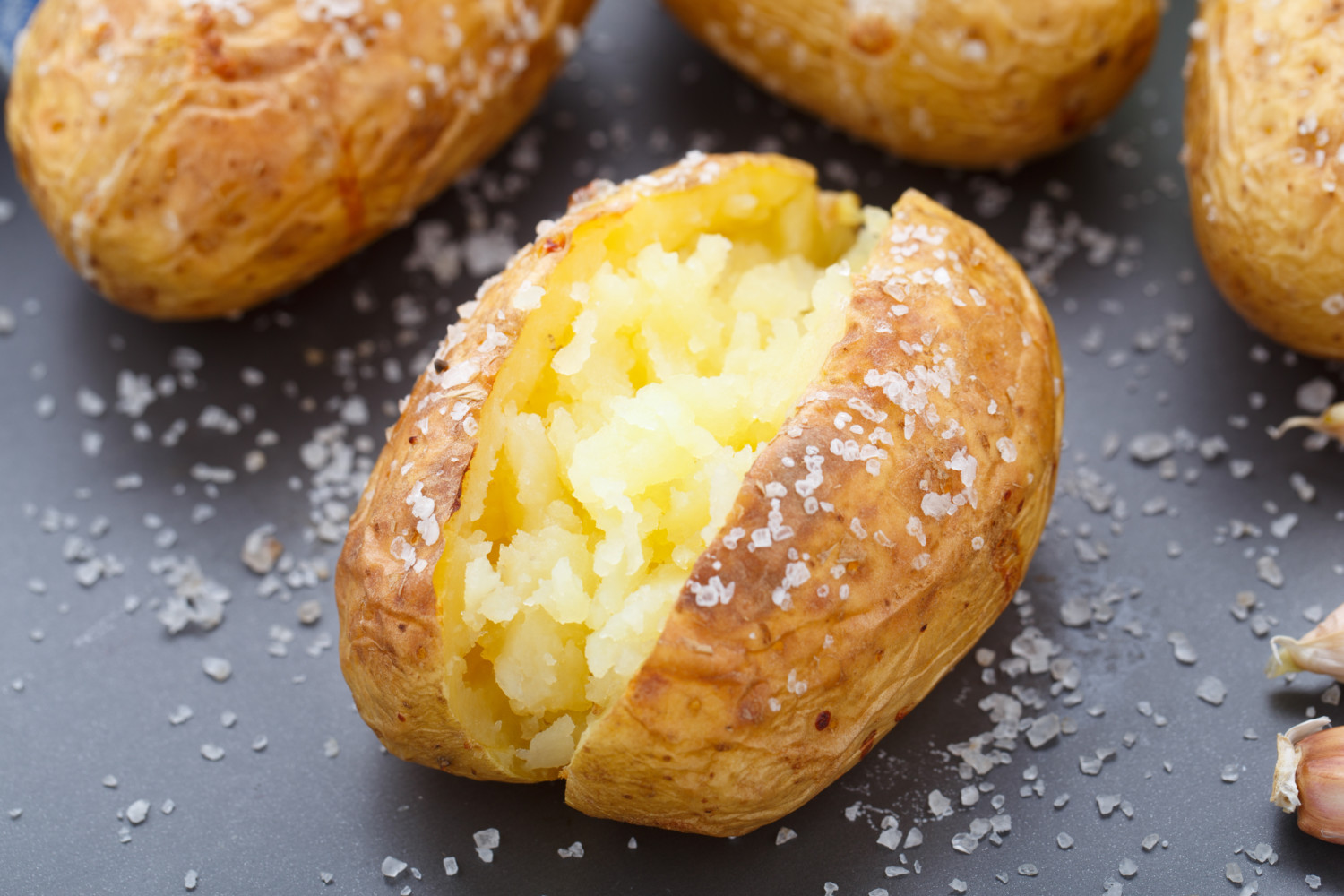 Baked potatoes are a great side dish because they are so versatile. You can dress them up with cheese, bacon, salsa and more. You can even boost them into a full meal with this popular chicken pot pie baked potato recipe.

However, while the baked potato is one of the most basic side dishes, it can be tricky to prepare properly. A few simple mistakes can make your potato dry, hard and entirely unappetizing.

So, what is the secret to a fabulous, fluffy baked potato? Well, one person who knows a few amazing cooking tricks is Martha Stewart, and she once shared a post on Instagram about using Yukon gold potatoes to prepare the perfect baked potato.

The potato post may have been shocking for some because russet potatoes are usually the recommended spud for baked potatoes. Even Stewart conceded that point in her post.

“Generally, we do not bake large Yukon gold potatoes but yesterday I mixed in a couple with some big Idaho spuds and roasted them slowly at 325 for an hour and a half,” Stewart wrote on Instagram.

Then, once the potatoes came out of the oven, Stewart smashed the potato on the counter before opening the skin, fluffing the interior and adding seasonings and a creamy topping. Voila — a perfect potato (even though it wasn’t a russet)!

So, what’s the problem with baking Yukon gold potatoes in the first place?

The general belief is that a great baked potato requires a thick outer skin and a highly starchy interior to stand up to the long, hot roast in the oven that ultimately leads to that fluffy potato texture.

Yukon gold potatoes are less starchy than russets and they have a thinner skin, so Stewart’s secret is to cook them low and slow in the oven. This allows for the interior to get soft and fluffy while the skin gradually crisps up.

When Meghan Splawn from The Kitchn decided to test Stewart’s trick, she was skeptical because the directions called for leaving the potatoes in the oven for so long.

“Needless to say, I was a little bit worried that Martha’s baked Yukon, which required 90 minutes in the oven, would leave me with a burnt, dry potato,” Splawn wrote.

But according to her results, the Yukon gold potato — even with its thin skin and low starch level — browned like a champ in the oven. After smashing it and fluffing it per Stewart’s directions, our tester enjoyed the “creamiest baked potato interior” she had ever eaten.

The next time you’re craving a baked potato but don’t have any russets in the pantry, just grab a few of those Yukon golds, put them in the oven, and be patient. The results will be worth the wait.