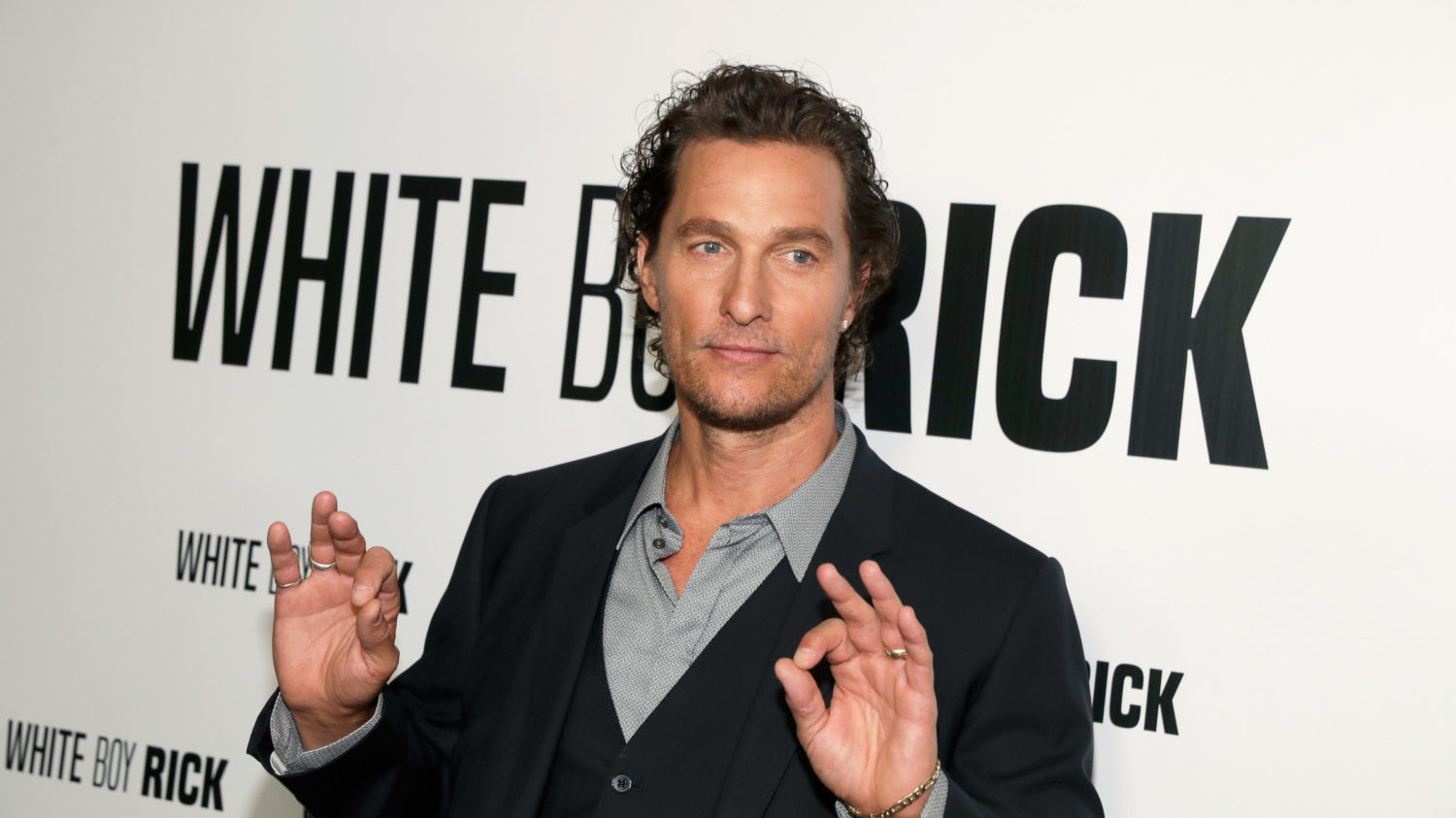 Although their lives seem impossibly glamorous, sometimes celebrities are just like us. In fact, the rich and famous even get fast food at the drive-thru.

On April 22, some Whataburger employees at a San Angelo, Texas, location of the restaurant chain got the surprise of a lifetime when none other than actor Matthew McConaughey pulled up. He even agreed to utter his famous line from 1993’s “Dazed and Confused,” “Alright, alright, alright.”

At first, none of the workers even realized it was the famous actor, but then one of them noticed the last name on his credit card. When they took a closer look and realized they were in the presence of the Oscar winner, they began asking him questions.

“One of my other friends opened the window and asked, ‘Are you related to him?'” Whataburger employee Elizabeth Hernandez told San Angelo Live. “He joked and said ‘I’m his twin brother.’ I was like, ‘He doesn’t have a twin.’ He was like, ‘You really think I’m his twin brother?’ I said, ‘You’re actually him.'”

Eventually, McConaughey gave in and confirmed his identity. At that point, he also took pictures with the staff and promised to utter his catchphrase as long as his order was correct.

“He told me he would say ‘alright, alright, alright’ if we got his food right,” Brooklyn Deanne Oden, another employee who was there for the star’s appearance, told KTXS. “So we triple-checked it.”

Satisfied with his order, McConaughey made good on his promise, much to the employees’ delight.

Oden posted a photo and video of the encounter on Facebook.

“Met Matthew McConaughey today in our drive through,” she wrote in her post. “He was super cool even tho (sic) all of us were freaking out lol. I even got him to say ‘alright, alright, alright.'”

Needless to say, his visit sent social media into a frenzy.

Twitter user @verbeezkneez shared this GIF of the actor uttering his famous line in the original movie:

Some, like @Suzanna_Aguirre, are already looking forward to his next visit to San Angelo:

Others were just primarily concerned over whether the eatery got his order right:

McConaughey Has A Good Track Record With Fans

This isn’t the first time McConaughey’s been kind to fans, and it’s unlikely it’ll be his last. Back in 2017, he celebrated his 48th birthday handing out 4,500 free frozen turkeys to people in Lawrenceburg, Kentucky, home of the Wild Turkey distillery. (At the time, McConaughey was Wild Turkey’s newly minted creative director.)

McConaughey and 250 volunteers, including employees of Wild Turkey and other community members, delivered turkeys donated by Butterball to get folks in the Thanksgiving spirit a little bit early.

Lucky for us, some fellow volunteers managed to capture McConaughey in action.

“This shoot was one for the books y’all,” Instagram user Anna Webber captioned her photo with McConaughey:

What a guy! Do you think you could keep your cool if a celebrity showed up to your workplace?