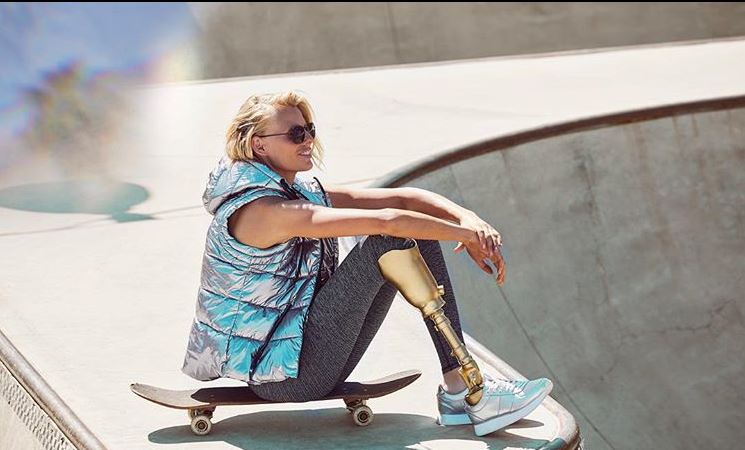 Scrolling through Lauren Wasser’s Instagram page, you see a woman on a mission. She is a professional model and in many of her posts, she is also showing off her prosthetic leg.

It’s been more than five years since Wasser nearly lost her life to toxic shock syndrome, or TSS. The condition results from toxins produced by the Staphylococcus aureus (staph) or A streptococcus (strep) bacteria. TSS is often associated with using super-absorbent tampons, according to the Mayo Clinic.

When those strains of bacteria produce toxins, vital organs including the liver, heart or lungs can fail. In cases involving tampons, bacteria enters the uterus through the cervix and then enters the bloodstream. Bacteria is more likely to grow on tampons when they’re not changed often enough, or when your menstrual cycle is light.

Bacteria can also get into the bloodstream through tiny tears in the vagina, caused by removing a tampon that is too dry.

‘Too Tough To Die’

In 2012, Wasser was just 24 years old when she thought she was coming down with the flu. She wrote in a piece for InStyle that her mother asked police to check on her when she didn’t return any messages.

“After that, I only know what I’ve been told. The police agreed to check on me again and this time found me face down on the floor. I was unresponsive, had a fever of 108, and was covered in my own feces and vomit,” Wasser wrote.

When Wasser fell ill from TSS, doctors had to amputate her right leg. She posted recently, remembering the five-year anniversary of her survival, that she was “too tough to die.”

The Facts About TSS

According to the Cleveland Clinic, TSS will affect roughly one in 100,000 women — most often those 15 to 25 years old who use tampons.

It’s important to note that TSS cases have been on a significant decline since manufacturers made changes to the way they make and label tampons dating back to the 1980s. Additionally, not all cases of TSS involve tampons: 50 percent of TSS cases are from cuts, burns or infections from surgeries. Women, men and even children are susceptible.

Today Wasser is dedicated to spreading awareness about TSS so other people don’t suffer like she has. In early 2017, she wore a sandwich board that read, “I would give my right leg to be heard…Oh wait I did!!!”

“When I see ads for tampons, it’s always a woman running on the beach or swimming in the ocean,” she said. “I haven’t been able to do any of those things in five years. So much of my life has been taken because of this.”

The Washington Post reports Wasser is advocating for legislation that gives the National Institutes of Health a role in determining which feminine hygiene products are safe to use. Introduced in May of 2017, the bill would allow the medical research agency to conduct research on fragrances, dyes and preservatives in products.

She has also given a TED Talk about how this entire experience has strengthened her.

Wasser predicts that eventually her left leg will need to be amputated as well. Her left toes have already been removed and she says her heel is in constant pain.

According to VICE, Wasser and her family did file a lawsuit against the Kimberly-Clark Corporation, which manufactures Kotex tampons, and the grocery stores where Wasser bought the tampons. Wasser could not comment on the suit.

She is, however, working on a project to bring people who have suffered from TSS together. Wasser hopes anyone with a history of TSS reaches out to her via [email protected] to share your story and photos.