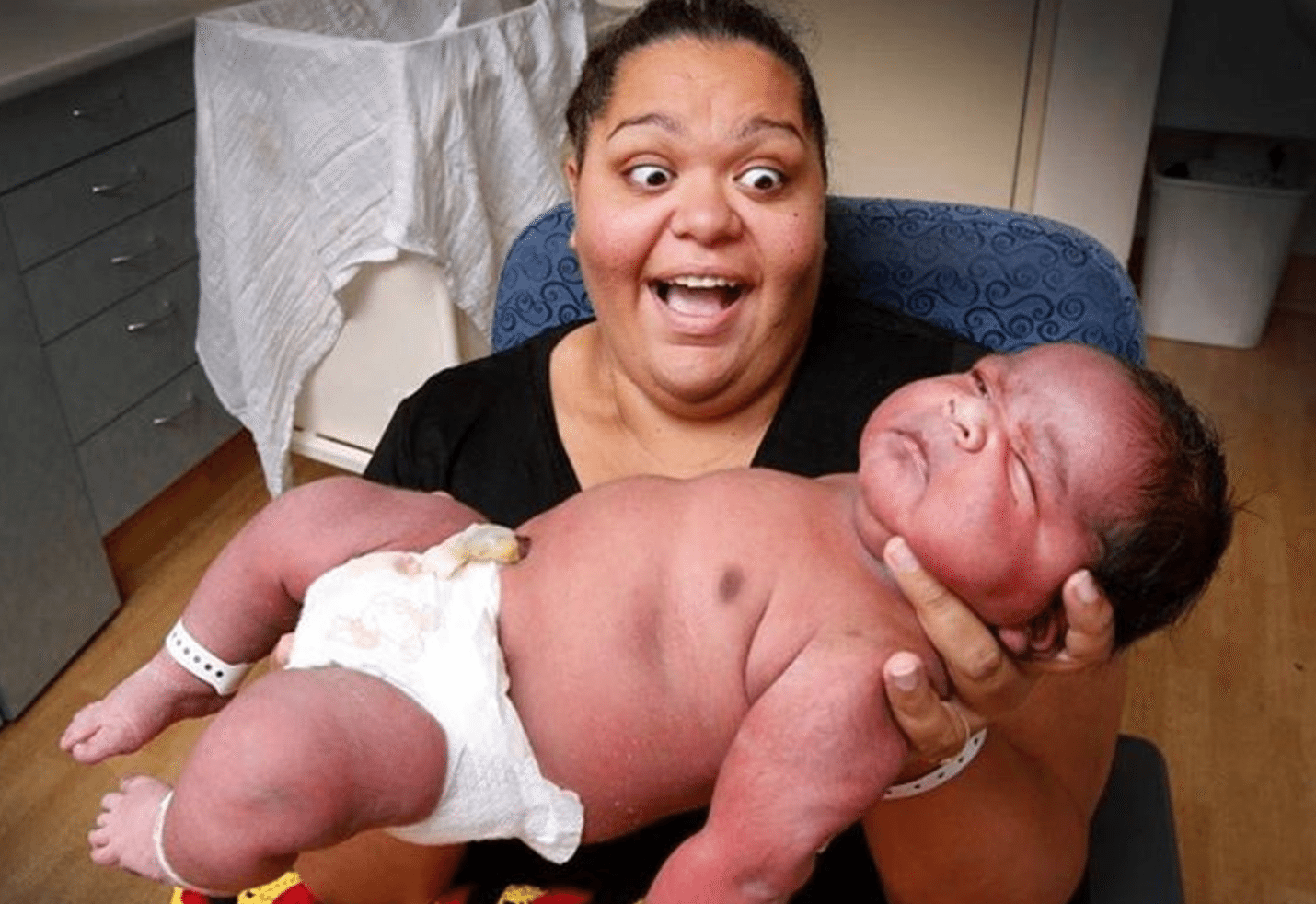 Let me be the first to admit: I had an epidural both times I gave birth. I couldn’t fathom the idea of pushing a human being out of my lady parts without the use of modern chemistry.

It seemed, and still does, unthinkable. I bow down to any woman who has the strength to do this, while I proudly stand on my epidural soapbox for those who don’t.

The fact is, the average American baby weighs seven and a half pounds. So, let’s just assume most babies are born between 5.5 and 9ish pounds—that is a whole lot of human to push out into the world.

Therefore, in my mind, all the epidural-free women of the world deserve a medal. But one Australian mom deserves a crown.

Natashia Corrigan gave birth to a healthy 13.5-pound baby boy without an epidural in January. Yes, you read that correctly. Baby Brian weighed twice that of an average baby and his mom birthed him au naturel.

The brave and powerful woman was aided by nothing but a bit of laughing gas, a supportive partner and the power of positive thinking. She told Herald Sun that because he was so big it was a bit hard to get him out. But the staff remained calm and pulled in a few extra staff members to help.

And look at her! She’s still smiling. Hear that sound? That’s me standing up slow clapping. Seriously. I don’t know how she did it.

And, apparently Corrigan doesn’t either. The mom of four told Australia’s 7News she is still in shock.

Related video: Watch this baby cleverly figure out how to get off the bed all by himself.

Doctors had warned Corrigan she would deliver a big baby, which at the time she thought would max out around 11 pounds. After all, her daughters weighed a reasonably average 8 pounds, 4 ounces and 7 pounds, 12 ounces.

Yes, yes you did. In fact, Brian is the largest baby ever delivered at the hospital where he was born.

Biggest or not, he is definitely one of the cutest. Congratulations to mom and best wishes to the entire family!

RELATED: The Beautiful Meaning Behind ‘Rainbow Babies’ And Why They Are So Special