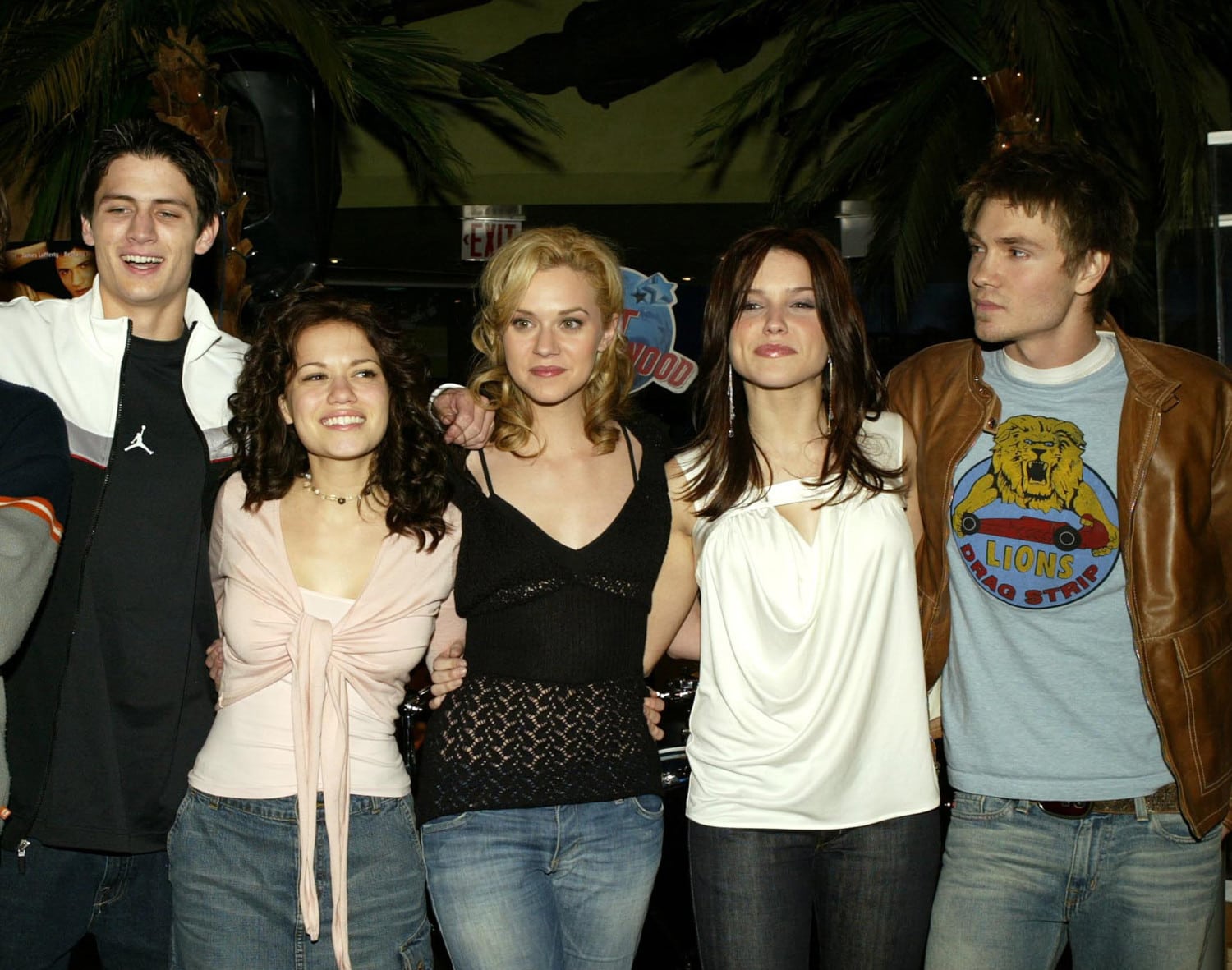 “One Tree Hill” fans were buzzing earlier this week after several actors from the popular TV show took to Instagram to hint at a secret project they were working on. Using the hashtag #christmas2018, they posted photos from their gathering, teasing about what they were working on. Their antics caught the attention of, well, the entire internet, and they left us all speculating about a possible reunion.

We now know what the secret project is all about. It’s not a “One Tree Hill” reunion movie — in fact, it’s not related to the hit show at all — but it’s still pretty darn exciting!

It turns out that cast members Hilarie Burton (who played Peyton Sawyer Scott), Robert Buckley (who played Clay Evans), Danneel Ackles (who played Rachel Gatina), and Antwon Tanner (who played Antwon “Skills” Taylor) are going to light up our holiday season with an original Lifetime movie!

Here’s one of the social media posts that started the speculation. It was shared on Instagram by the account othcast:

Lifetime signed members of the cast to star in a movie called “The Christmas Contract” as part of the network’s festive It’s A Wonderful Lifetime holiday lineup. TVLine also reported that “One Tree Hill” alum Tyler Hilton (Chris Keller) will make a musical appearance in the flick.

RELATED: We just love a good reunion. Check out this photo that Tom Cruise posted from the set of the long-awaited “Top Gun” sequel:

The plot of “The Christmas Contract” centers on Burton as Jolie, a web designer who returns to her Louisiana hometown for the first time since a bad breakup. When she finds out that her ex-boyfriend is bringing his new girlfriend home, she knows she can’t face the happy pair alone. Her attorney best friend Naomi (Ackles) hatches a plan involving her brother Jack (Buckley) and draws up a — you guessed it — contract for the pair, with Jolie agreeing to design a website for Jack’s forthcoming novel while Jack serves as her Christmas companion.

Since this is a Lifetime movie, you can be sure that sparks will fly between the contracted couple and the ex-boyfriend will be long forgotten by New Year’s Eve.

Filming on “The Christmas Contract” started earlier this month in Louisiana. While we’re disappointed we won’t be visiting Tree Hill, North Carolina, or any of the “One Tree Hill” characters again soon, we’re absolutely thrilled to catch up with some of our favorite actors from the show.

We’ll be keeping an eye on the schedule for this romantic holiday movie!

We know what you’re thinking: Christmas is still a long way off. Fortunately, Lifetime has plenty of drama to keep us entertained until the first frost.

If you haven’t already watched the Lifetime original “Harry and Meghan: A Royal Romance,” now is the perfect time to catch up.