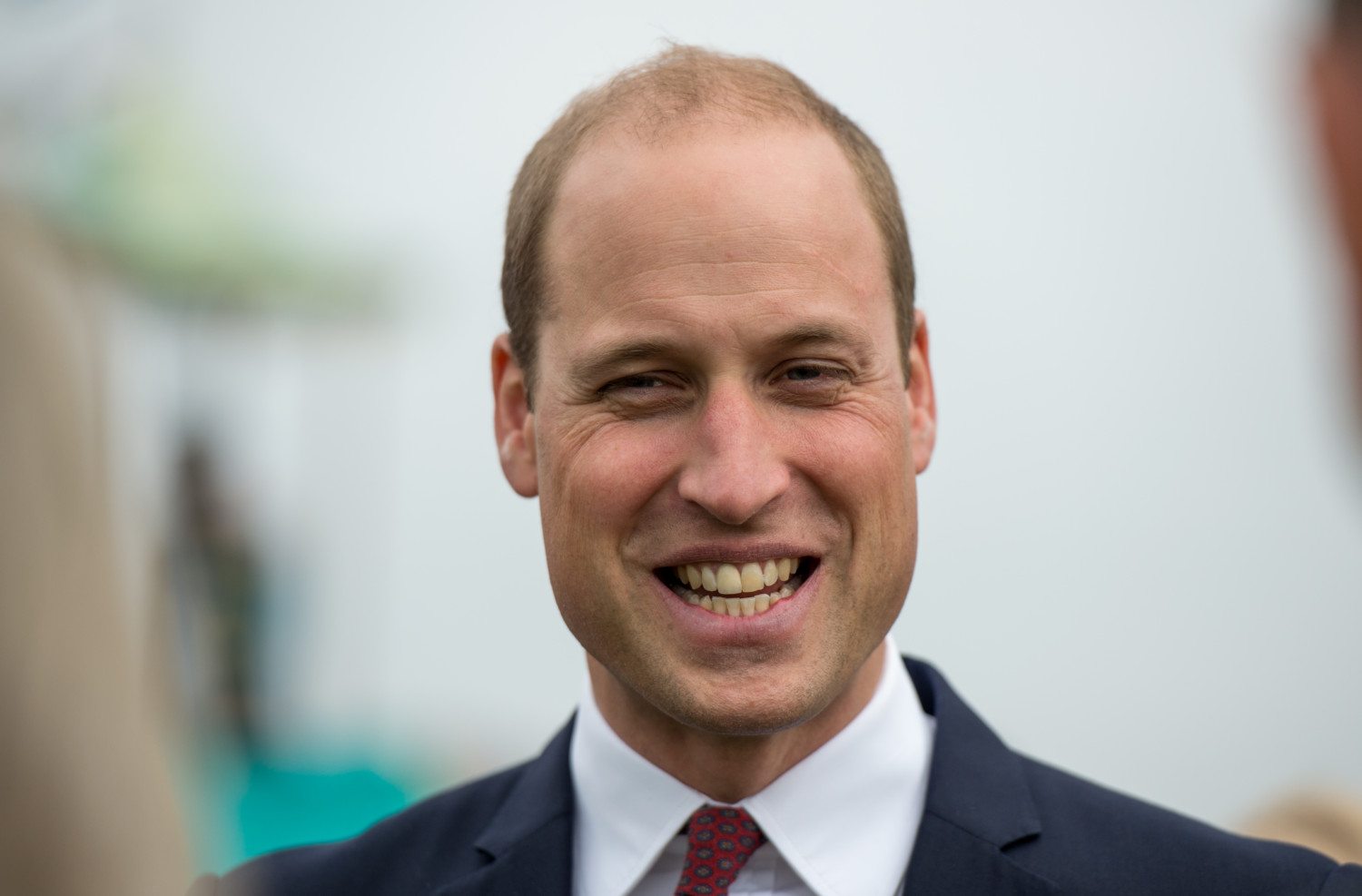 Losing one’s hair can be a tough situation for any man. While most men don’t begin to shed their locks until later in life, young men in their 20s and 30s are not immune to going bald.

Certain guys are willing to go to great lengths to keep a mop top, but a study actually shows that bald men are perceived as more attractive. This is great news for balding men who are tired of spending a ton of time and money trying to regrow their patchy manes.

Think about it: Dwayne “The Rock” Johnson and Vin Diesel are two guys generally considered to be pretty attractive. As it turns out, their hairless domes may have something to do with it. Who knew?!

Prince William may be royalty, but he deals with the same problems as regular guys, and that includes going bald. And it seems like the prince has made the decision to lean into his fate, as he recently got a new haircut in which the sides of his head have been shaven nearly clean.

Check out his brand-new look below:

For some context, here’s a photo of the prince from his younger days when he was sporting a bushy head full of hair. This was taken back in 2001 during a celebration for the Queen Mum’s 101st birthday.

He’s no less adorable as a young man, but the new look is certainly more mature and distinguished—which seems fitting for the second in line to the British throne!

If you prefer Prince William sans hair, you’re not alone. That study that found that bald men were seen as more attractive also found that men who were bald in photos were perceived as more masculine, confident and dominant. Participants in the study also judged bald men as taller and stronger than they actually were.

So what is it about a hairless head that makes men seem so powerful? Well, the researchers said it may be in part because men with shaved heads frequently work in fields like law enforcement, the military and sports, which have a stereotype in the U.S. of being very masculine professions.

When we see a handsome bald actor like Bruce Willis in movies like “Die Hard,” it reinforces the stereotype that bald men are tough and strong, which often makes men seem more attractive.

For his part, Prince William was spotted showing off his new hair (or lack thereof) while engaged in a slightly less stereotypically “masculine” activity—at an appearance at Evelina London Children’s Hospital.

Here he is meeting some young patients there:

When Kensington Palace tweeted out the above photo, people on Twitter took notice of the change in Prince William’s appearance right away and chimed in with their thoughts on it.

Like this woman who said she definitely approved of the nearly-bald look:

And this guy who thinks a full beard would make him look even better:

This woman pointed out that not only does Prince William look good, he does good:

Handsome, caring and loving. You don't see that look in the eyes and actions of America's leaders.

What do you think? Do you like Prince William’s shaved head?

RELATED: Prince William’s brother Harry made news recently with the release of his official engagement photos. Check them out here: