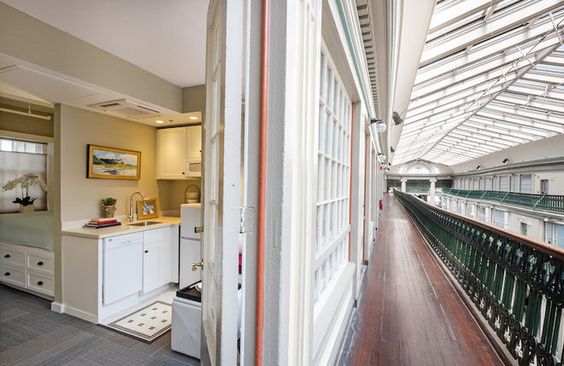 Malls are dying simply because we don’t have the space to fill them anymore. Ellen Dunham-Jones, an architect and professor at Georgia Tech, told The Atlantic that there are about 1,200 enclosed malls in the U.S., and about one-third of them are dead or dying because there aren’t enough retailers to fill them.

The U.S. actually has twice as much square footage in shopping centers per capita than the rest of the world, and six times as much as European countries, according to The Atlantic.

Americans are gravitating toward online shopping and outdoor, walkable shopping centers, so malls are closing and turning into vacant dead zones if they aren’t torn down. But now, some of the malls that haven’t been torn down are being repurposed as medical centers, churches, colleges, elementary schools, apartments and office spaces, according to Curbed.

Some malls, like the Highland Mall in Austin, Texas, were purchased to keep them from contributing to the economic depression of a surrounding area, according to The Atlantic. The Highland Mall, which was named one of the most dangerous malls in the U.S. in 2009, was refurbished by Austin Community College.

The college later partnered with cloud-management company, Rackspace, to turn the space that used to be Dillard’s into offices for 570 Rackspace employees, according to The Atlantic. The Highland Mall and four malls below have been refurbished into amazing new spaces. Check them out.

The 100 Oaks Mall is now used as a medical center by Vanderbilt University.

Rhode Island’s Providence Arcade mall was the first indoor shopping mall is a historic landmark that closed its doors after it couldn’t fill it’s cramped shopping spaces, according to Curbed. Now, it holds 38 micro apartments that are just adorable.

One of the worst tornadoes in history destroyed most of Joplin, Missouri, in May of 2011, including the local high school. Miraculously, a Northpark superintendent had the Northpark Mall, which survived the tornado, converted into Joplin High School in just 55 days to serve as a temporary space for students during the 2011-2012 school year. The mall has since returned to its original purpose, but its temporary makeover was pretty impressive.

The parking lot of the Northgate Mall in Seattle was repurposed as the Thornton Creek Water Quality Channel, which uses storm-water runoff to create and provide nutrients to pools, terraces and greenery that then act like a natural creek, according to The Atlantic. But the coolest part of the channel is that it filters out pollution that has been damaging local salmon. Now, apartments sit next to the channel.