Disney truly is a magical place. 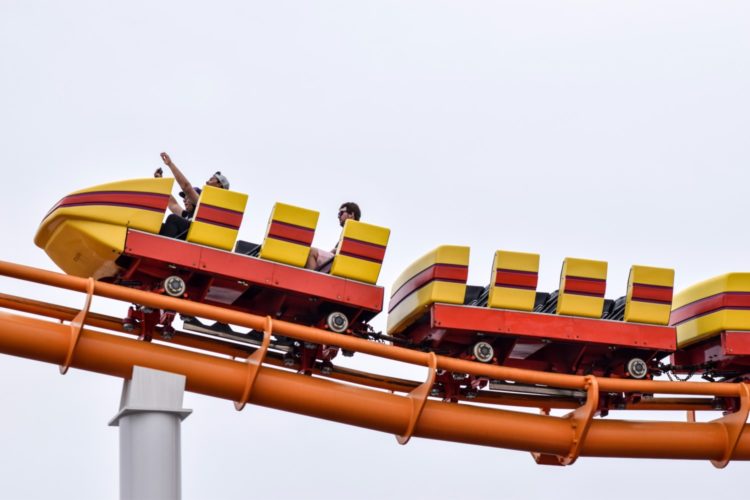 Got a kidney stone? The doctor, err, the roller coaster is ready to see you now.

David Wartinger is a professor emeritus in the Department of Osteopathic Surgical Specialties.

He launched a pilot study and then an expanded study because he was curious about claims his patients were making about passing kidney stones after being jolted around on the coaster.

“Basically, I had patients telling me that after riding a particular roller coaster at Walt Disney World, they were able to pass their kidney stones,” Wartinger says in a news release. “I even had one patient say he passed three different stones after riding multiple times.”

To test out the theory, Wartinger packed up a synthetic 3D model of a hollow kidney, complete with three kidney stones no longer than 4 millimeters inserted into the replica.

He took the model in a backpack on Big Thunder Mountain and rode the coaster 20 times.

Wartinger found that sitting in the coaster’s last cart showed a 64 percent passage rate for his 3D model kidney.

However, sitting in the first few cars only had a 16 percent success rate, Wartinger says.

During this study, the passage rate increased to nearly 70 percent when researchers sat in the back of the coaster. Both studies showed a 100 percent passage rate if the stones were located in the upper chamber of the kidney.

That’s because they’re too fast and rough, with a G-force that pins the stone into the kidney, not allowing it to pass, according to Wartinger.

The ideal coaster for passing kidney stones is rough and quick with some twists and turns, but no upside down or inverted movements, Wartinger explained in the news release.

Kidney stones form when your urine contains more crystal-forming substances like calcium, oxalate and uric acid than the fluid in your urine can dilute. They can be very painful to pass as they make their way out of your urinary tract.

Of course, there are a few ways to try and prevent kidney stones, as well as some other natural remedies that don’t involve theme parks.

The roller coaster research, though, is significant because about 300,000 people per year go to an emergency room suffering from kidney stones, according to Michigan State University. Treatment costs can range from $5,000 to $10,000.

If you haven’t ever ridden Thunder Mountain, this video from The Coaster Views, will give you a good sense of it:

And if you can’t make it to Disney World in Orlando, the Big Thunder Mountain ride at Disneyland should have a similar effect. While the MSU researchers didn’t head to Anaheim to test it, the rides are nearly identical, having opened within a year of each other.

Now, the question is, would you purchase the souvenir photo at the end of the ride?

If you do suffer from kidney stones, please consult your doctor before riding a coaster.

Here's What You Need To Know About Bronchitis