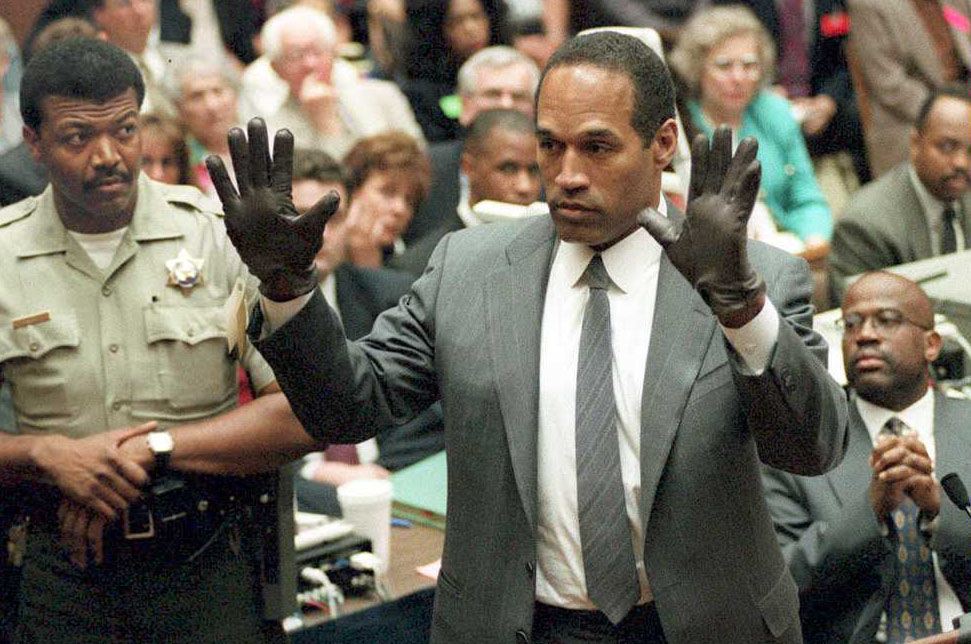 More than 25 million people tuned in to watch the verdict be delivered in the O.J. Simpson double murder case in 1995. The highly televised case was called the trial of the century, with Simpson, a former NFL star, charged in the murders of his ex-wife, Nicole Brown Simpson, and her friend Ron Goldman.

The jury foreman first read the verdict for Brown Simpson’s killing: “Not guilty.”

Kim Goldman, the sister of Ron Goldman, remembers watching in anguish and shushing those around her. For a fleeting moment, she mistakenly hoped the next verdict, the one for her brother’s fatal stabbing, might be different. Instead, Simpson was acquitted.

“Complete betrayal. That’s what I felt,” Kim recalls during a recent interview with Court TV anchor Vinnie Politan. “I felt let down. I felt like we let my brother down.” After she left the courtroom that day, she went to the cemetery and apologized to her brother.

In the 45-minute interview with Court TV, Kim discusses pivotal moments of the trial, as well as what her life has been like since her brother’s death. She also gives an inside look at the production of her 10-episode podcast “Confronting O.J. Simpson.”

Her podcast debuted in June, the 25th anniversary of the murder of her brother and Brown Simpson. The podcast, she explains, is about confronting the grief, the loss and the injustice. She’s seeking resolution to unanswered questions about the crime that have been haunting her for a quarter of a century.

Reflecting on the Trial

The drama inside the courtroom gripped the nation for nine months. But, for Kim, who was age 22 at the time, it was real life.

“We are much stronger than we were then,” she says in the Court TV interview. “It’s hard to move through life with this kind of trauma and grief, but we are strong for it, and my dad I are doing the best we can every day to be better for our families and communities.”

Ron and Kim Goldman were exceptionally close growing up. They were raised by their father, who was granted sole custody of them in the 1970s — which Kim notes was rare at the time. Her brother, she says, was her best friend.

In one of the podcast episodes, she interviews her father, Fred Goldman, and they discuss the civil trial in which Simpson was found liable for the deaths of both Ron and Brown Simpson.

Kim asks her father: “Was it important for you to have on the record that 12 people thought he was responsible for killing Ron and Nicole?”

Fred responds: “He was going to be punished in some way. He wasn’t punished in any way in the criminal trial — the civil gave us an opportunity to have him ‘punished.’”

Kim says she reached out to Simpson while he was in prison, serving a sentence for a Las Vegas kidnapping and armed robbery case.

“For years, I’ve listened to what everybody has to say about you. Lawyers, media. But I’ve never heard from you. I’m just wondering if you’ll sit down and talk to me?”

Simpson, who was released in Oct. 2017, never accepted Kim’s invitation.

However, the podcast interviews an array of people who were involved in the case, including lead prosecutor Marcia Clark, a friend who Ron had plans to hang out with the tragic night he returned a pair of sunglasses to Brown Simpson’s house, and Kato Kaelin, who was a witness in the case. She also interviews Jill Shively, who claimed she saw Simpson driving erratically the night of the double murder — but she was deemed not credible because she sold her story to a tabloid.

Kim says the case has had such an impact on so many people who knew her brother or who were involved in the case in some capacity, whether it be as witnesses, reporters or attorneys. The case affected people’s relationships, mental health, emotional well-being, careers, reputation and family life, she says.

“It was a very cathartic process,” she says.